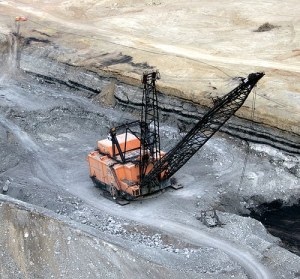 The central ideal of democracy is the notion that citizens can express their political and policy preferences through political institutions, and that the policies selected will reflect those preferences. We also expect that elected officials will act ethically in support of the best interests of the public. This is their public trust.

The anti-democratic possibility is that popular debates and expressions of preference are only a sham, and that secretive, powerful actors are able to secure their will in most circumstances. And in contemporary circumstances, that sounds a lot like corporations and business lobbying organizations. (Here is an earlier post on a report about corrupt behavior at the Department of the Interior.)

The January Supreme Court decision affirming the status of corporations as persons, and therefore entitled to unfettered rights of free speech, is the most extreme expression of the power of business, corporations, and money. As distinguished law professor Ronald Dworkin argues in the New York Review of Books (link), this decision dramatically increases the ability of corporations to influence elections and decisions in their favor — vastly disproportionately to citizens’ organizations. And, as Dworkin points out, corporations don’t need to exercise this right frequently in order to have enormous impact on candidates and issues. The mere threat of a well-financed media campaign against key representatives will suffice to sway their behavior.

There are too many examples of pernicious influence of business interests on public policy. Take a useful policy that many states and cities have tested, pretrial release programs. It appears that the public interest has been defeated by … the bail bondsmen. NPR ran a story on the pretrial release program in Broward, Florida (link). The program was successful, with a high appearance rate for court appearances and annual savings of $20 million for the county. But this program cost the bail bondsmen business. They hired a lobbyist, and in the dead of night the county commission scaled back the program. Here is how the “industry” describes the issue (link).  It is a pretty shocking story:

According to campaign records, Book [the lobbyist] … and the rest of Broward’s bondsmen spread almost $23,000 across the council in the year before the bill was passed. Fifteen bondsmen cut checks worth more than $5,000 to commissioner and now-county Mayor Ken Keechl just five days before the vote.

Keechl and several other commissioners declined NPR’s repeated requests for an interview. At the meeting last January, they said they were concerned that Broward’s pretrial program cost more than other counties’ programs, and they vigorously denied that campaign contributions played any role.

Book had his work cut out for him. Broward’s own county attorney wrote a memo warning commissioners that cutting back pretrial could be unconstitutional. But Book worked behind the scenes.

The story makes the sequence pretty clear: Through the use of campaign contributions and influence of votes by commissioners, the bondsmen groups have prevailed to abandon the policy which was unmistakably in the public interest.  The commission acted in deference to the narrow financial interests of a business group; campaign contributions by that group played a decisive role; and an overburdened county government was denied a tool that was good public policy from every point of view.  And similar efforts are taking place in many cities.  So where is the public’s interest?
Or take the largest issues we face today in national politics — cap-and-trade policy, healthcare reform, and the nation’s food system. The influence of large financial interests in each of these areas is perfectly visible. Energy companies, coal companies, insurance companies and trade associations, and large food companies and restaurant chains pretty much run the show. Regulations are written in deference to their interests, legislation conforms to their needs and demands, and elected officials calculate their actions to the winds of campaign contributions. And the Supreme Court reverses a century of precedent and accords the rights of freedom of expression to corporations and unions that are enjoyed by individual citizens. So the influence of financially powerful corporations and industry groups will become even greater.

It would be deeply interesting if we had a sort “influence compass” that would allow us to measure the net deviation created by the private interests of companies and industries for a number of policy areas. How far from the due north of the public’s interest are we when it comes to —

Of course the metaphor of “north” doesn’t really work here, since there is no purely objective definition of the public good in any of these areas. That is the purpose of open democratic debate about policy issues — what are the facts, what do we want to achieve, and what are the most effective ways of achieving our ends? But when private interests can influence decision makers to adopt X because it is good for the profits of industry Y — in spite of the clear public interest in doing Z — then we have anti-democratic distortion of the process.

Where are the democratic checks on this exercise of power? A first line of defense is the set of regulations most governments and agencies have concerning conflict of interest and lobbying. These institutions obviously don’t work; no one who pays attention would seriously think that agencies and governments are uninfluenced by gifts, contributions, promises of future benefits, and the blandishments of lobbyists. And these influences range from slight deviations to gross corruption.  Moreover, influence doesn’t need to be corrupt in order to be anti-democratic.  If an energy company gets a privileged opportunity to make the case for “clean coal” behind closed doors, this may represent a legitimate set of partial arguments.  The problem is that experts representing the public are not given the same opportunity.

A related strategy is publicity: requiring that decision-making agencies make their deliberations and decision-making processes transparent and visible to the public. Let the public know who is influencing the debate, and perhaps this will deter decision-makers from favoring an important set of private interests. Then-Vice-President Cheney’s refusal to make public the list of companies involved in consultations to the National Energy Policy Development Group (link) is an instructive example; it is very natural to suspect that the recommendations put forward by the NEPDG reflected the specific business concerns of an unknown set of energy companies and lobbyists (link). So greater publicity of process can be a tool in enhancing the fit between policy and the public’s interests. (Here are earlier posts on the capacity of publicity to serve as a check on bad organizational behavior (post, post).)

Another line of defense is the independent press and media. Our newspapers and magazines have historically had the resources and mission to track down the influence of private interests on the formulation of legislation, regulation, and policy. Bill Moyers is a great example (link); for example, his recent story on the role of campaign contributions in the election of judges (link). But the resources are disappearing and the cheerleaders at Fox News are gaining influence by the month. So relying on the investigative powers of an independent media looks like an increasingly long-odds bet.

So we have our work cut out for us to validate the main premise of democracy: that the interests of the public will be served faithfully by government without significant distortion by private business interests.

(Here is a recent post on C. Wright Mills’ analysis of power elites and the influence accorded to corporations in the United States.)