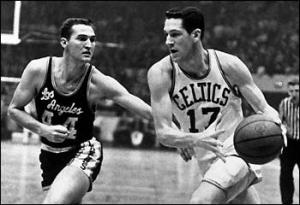 Is there such a thing as a “micro”-culture — a culture that is somewhat distinctive of a particular community in a specific time and place, and different from the culture of similar communities in other places?

The sorts of communities I’m thinking of might include sports teams, university faculties, union locals, church congregations, street gangs, or rural villages. Is it possible that Village X is a friendlier place than Village Y? Or that Local W is more militant than Local Z? Or that Gang S is less willing to use violence against younger brothers of rivals than Gang T is? And is it possible that these differences are real, persistent, and self-reinforcing through mechanisms that constitute a basis for dynamic cultural continuity?

Take the Boston Celtics. The players and coaches are all recruited in a national and international labor market; they generally are well acquainted with each other through their high-profile college basketball careers, camps, and leagues; and the NBA spends a lot of money in cultivating a national NBA culture rather than a micro-culture for particular teams. So you might imagine that every team would be simply a generic expression of national basketball culture. And yet it’s possible that the Boston Celtics are a distinctive team, in terms of a number of characteristics. They might have more of a team ethic than, say, the Los Angeles Lakers; they might have some traditions that play out in practices and games; they might have a lore about the Celtics greats of the past — Havliceck, Bird, Dennis Johnson, and they might conceivably have a style of play that persists through changes of coaches and players. So here the question is whether the national culture of NBA basketball is the key, or whether there are important differences in behavior, values, practices, and style that persist for specific teams over time. This speculation raises two sorts of questions: How would we attempt to determine whether there are such differences? And what sorts of social mechanisms would serve to preserve and reproduce such cultural specifics?

The basketball version of this story is pretty speculative on my part — few of us have the close acquaintance with professional sports to have an opinion on the subject of local team cultures. But university faculties — that’s a different story. Here I feel more confident in asserting that there are indeed significant differences of culture across institutions, even ins

titutions that are otherwise very similar. Among select liberal arts colleges, for example, there are wide variations on different campuses about the value of “university citizenship” (service on college committees, for example); the expectations and duties associated with teaching undergraduate students (high commitment versus low commitment to spending time with students; a felt obligation to provide meaningful commentary on student writing assignments); and probably differences around the standards of what is acceptable in gender relations (for example, the acceptability of romantic relationships between faculty and students or senior faculty and junior faculty). A little less tangibly — it seems to me that there are visible differences on different college faculties concerning the depth and extent of social relationships among faculty members. Some faculties are tight-knit, with a lot of socializing independent from official functions; and others are more distant, with few serious friendships among faculty members. Some faculties give an impression of welcoming newcomers; others give a more standoffish or even unfriendly impression. (As a young faculty member on the job market years ago I was very aware of the reputations that different philosophy departments had for the way in which they conducted interviews with prospective assistant professors. One department was legendary for positioning the members of the search committee in a semi-circle surrounding the candidate, so that the candidate couldn’t actually see everyone at once.)

One way of rephrasing the question here is this: is the climate and culture of a place (a university or a basketball team) just the net result of the personalities and idiosyncracies of the group of people who happen to have been recruited into the group; or does the culture of the group have a certain normative persistence, capable of transmission to new arrivals? The example of university faculties seems to support the second interpretation. And in fact it seems possible to identify some of the social mechanisms through which this transmission occurs: for example, imitation, coaching and mentoring, social discipline, and the transmission of narratives of “who we are at University X or College Y”. The behaviors that are valorized through existing group members’ practices and observations serve as a prescriptive model for the behaviors of more junior people. And of course, these processes of transmission are imperfect and malleable. The culture of a place changes over a period of several decades.

So I am tempted to think that small communities do in fact make their own cultures over an extended period of time, and that these cultures — values, practices, modes of inter-personal interaction, experiences of commitment — have some degree of durability. They do in fact succeed in changing the new recruits that come into the community, often enough to allow the mix of values and experiences that characterize the micro-culture to persist across multiple generations.