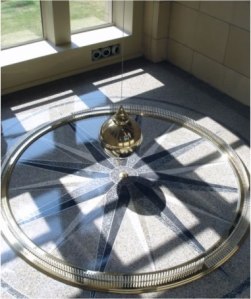 A system is in equilibrium with respect to a given characteristic when there is a system of forces in play that push the system back to the equilibrium state when it is subjected to small disturbances or changes. This is referred to as a homeostatic system.

The temperature in a goldfish bowl is in equilibrium if the bowl is provided with a thermostatically controlled heater and cooler; when the external temperature falls and the water temperature begins to fall as well, the thermostat registers the change of temperature and turns on the heater, and when the external temperature rises, the thermostat turns on the cooler. A population of squirrels in a bounded forest may reach an equilibrium size that is balanced by excess reproductive capacity (pushing the population upwards when it falls below the feeding capacity of the environment) and by excess mortality from poor nutrition (pushing the population downwards when it rises above the feeding capacity of the environment).

There are other physical systems where the concept of equilibrium has no role. The trajectory of a fly ball is not an equilibrium outcome, but rather the direct causal consequence of the collision between bat and ball. And if the course of the baseball is disturbed — by impact with a passing bird or an updraft of wind — then the terminus of the ball’s flight will be different. The number of telephone calls between Phoenix and Albany is not an equilibrium outcome, even if it is fairly stable over time, but simply the aggregate consequence of the contingent telephone behavior of large numbers of people in the two cities. So systems that reach and maintain equilibrium are somewhat special.

It is also interesting to observe that there are other circumstances that produce a stable steady state in a system besides equilibrium processes. We may observe that elevators in a busy office building most frequently have 10 passengers. And the explanation for this may go along these lines: 10 is the maximum number of adults who can be squeezed into the elevator car; there are always many people waiting for an elevator; so virtually every car is at full capacity of 10 persons. This is an example of a pattern that derives from a population of events that demands full utilization, and a limit condition in the location where activity takes place. In this example, 10 passengers is not an equilibrium outcome but rather a forced outcome deriving from excess demand and a logistical constraint on the volume of activity. A large city may show a population history that indicates a trend of population increase from 4 million to 6 million to 10 million — and then it stops growing. And the explanation of the eventual stable population size of 10 million may depend on the fact that the water supplies available to the city cannot support a population significantly larger than 10 million. 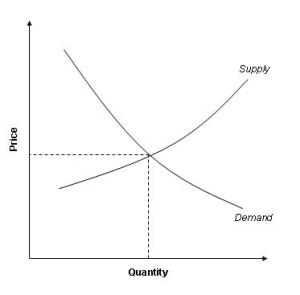 To what extent are social ensembles and processes involved in equilibrium conditions? The paradigm example of equilibrium reasoning in the social sciences arises in microeconomic theory. Supply and demand curves are postulated as being fixed, and the price of a good is the equilibrium position where the quantity produced at this price is equal to the quantity consumed at this price. If the price rises, demand for the good falls and the price falls; if the price falls below the equilibrium position, producers manufacture less of the good and consumers demand more of it, which induces a price rise.

Another important example of equilibrium analysis in social behavior is the application of central place theory to economic geography. The theory is that places (cities, towns, villages) will be positioned across the countryside in a way that embodies a set of urban hierarchies and a set of commercial pathways. The topology of the system and the size of the nodes are postulated to be controlled by social variables such as transport cost and demand density. And individuals’ habitation decisions are influenced in a way that reinforces the topology and size hierarchy of the central place system.

However, even in these simple examples there are circumstances that can make the equilibrium condition difficult to attain. If the supply and demand curves shift periodically, then the equilibrium price itself moves around. If the price and production response characteristics are too large in their effects, then the system may keep bouncing around the equilibrium price, from “too high” to “too low” without the capacity of finetuning production and consumption. The resulting behavior would look like a graph of the stock market rather than a stable, regular system returning to its “equilibrium” value. And, in the case of habitation patterns, some places may gain a reputation for fun that offsets their disadvantages from the point of view of transport and demand density — thereby disrupting the expected equilibrium outcomes. 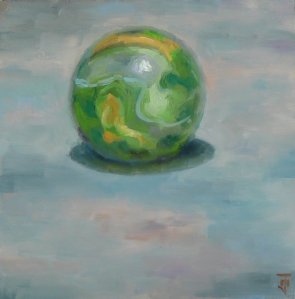 So if the conditions defining the terms of an equilibrium change too quickly, or if the feedback mechanisms that work to adjust the system value to current equilibrium conditions are too coarse, then we should not expect the system to arrive at an equilibrium state. (The marble rolling on a rotating dinner plate will continue to roll across all parts of the plate rather than arriving at the lowest point on the plate and staying there.)

I’m inclined to think that equilibria are relatively rare in the social world. The reasons for this are several: it is uncommon to be able to discover homeostatic mechanisms that adjust social variables; when quasi-homeostatic mechanisms exist, they are often too coarse to lead to equilibrium; and, most fundamentally, the constraints that constitute the boundary conditions for idealized equilibria among social variables are often themselves changing too rapidly to permit an equilibrium to emerge. Instead, social outcomes more often look like constrained random walks, in which social actions occur in a fairly uncoordinated way at the individual level and aggregate to singular social outcomes that are highly path-dependent and contingent. Social outcomes are more often stochastic than being guided by homeostatic mechanisms.

One Reply to “Equilibrium reasoning”