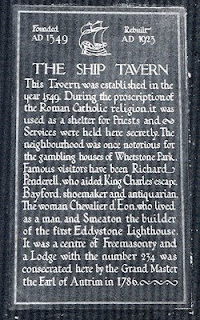 I recently read Stephen Greenblatt’s brilliant biographical book on Shakespeare, Will in the World: How Shakespeare Became Shakespeare

, and I was once again struck by what a large contribution Greenblatt might make to the social sciences. His innovations in literary theory are well known, particularly in his pioneering work on forging “the new historicism” (for example, Renaissance Self-Fashioning: From More to Shakespeare

). (Here is a link to a nice website on the new historicism.) Greenblatt’s interpretive imagination, his ability to think clearly and innovatively about identities and meanings, and his remarkable ability to link a series of observations into a startling inference and insight — these abilities would be most beneficial to the problems associated with “understanding society.” We need some new ways of framing the tasks of understanding social and historical reality — and Greenblatt’s incisive mind provides many new perspectives on these sorts of issues.

And, in fact, the idea isn’t as far-fetched as it might seem. Greenblatt’s contribution to Sherry Ortner’s The Fate of “Culture”: Geertz and Beyond

shows his ability to turn ethnographic, as does his book on the writings of the colonial navigators who brought Europe to the new world (Marvelous Possessions: The Wonder of the New World

). In each case he demonstrates how fertile the connections are between literary, ethnographic, and historical interpretation. He is particularly profound when it comes to thinking about social identities — they ways they are formed and expressed, and the ways they vary across time and place.

But let’s focus here on what makes Will in the World such an interesting book. Greenblatt does a simply stunning job of constructing an interpretation of Shakespeare’s mentality and his creative mind, linking the grainy historical context in which Shakespeare was writing to the brilliance and startling novelties expressed in his plays. Greenblatt is pursuing a bold ambition here because there is so remarkably little evidence about Shakespeare’s life that would serve as the basis for a traditional biography. Moreover, Greenblatt’s goal is somewhat different from that of the traditional biographer. He is interested in getting a better understanding of the author’s mental and experiential world, based on his personal chronology, many very specific details about England’s history during this half century, and a profound knowledge of Shakespeare’s writings.

Greenblatt freely admits that much of his interpretation exceeds the historical facts. There are few documents that would directly establish Shakespeare’s feelings about his marriage or his family; the situation of the persecution of England’s Catholics; or his attitudes towards Marlowe, Greene, and the other brilliant bohemian playwrights of the London scene. And yet he makes a case for his interpretation that is deeply compelling and evidence-based — though the evidence is largely internal to Shakespeare’s body of writing. (Even the lack of diaries or personal notes is taken as a kind of evidence — evidence of the very great danger that the persecutions by the Crown created for anyone suspected of involvement in Catholic conspiracies. Greenblatt writes vividly of the rows of heads on spikes that would have greeted him as he entered London for the first time — often the heads of Catholic conspirators.)

Another kind of evidence in Greenblatt’s case is the collation of knowledge of historical conditions in the mid-sixteenth century in England that we do know quite a bit about — the availability (or non-availability) of books, the character and content of schooling, the history of the expulsion of the English Jews — with the series of developmental experiences that Shakespeare certainly went through. Even if we know next to nothing about Shakespeare’s youth, the fact that he is likely to have attended the Stratford grammar school under the tutelage of a Simon Hunt, tells Greenblatt quite a bit about the kinds of drama and history to which he would have been exposed.

The Crown’s fierce oppression of the Catholics in the early to mid-sixteenth century is a particularly important element of Greenblatt’s interpretation of Shakespeare’s mentality. Greenblatt hypothesizes that this period of terror touched Shakespeare and his family fairly closely. The smashing of Catholic images in churches, the dismissal of the local priests, and the occasional hunt for persistent Catholic practices in private homes all touched Stratford directly. And John Shakespeare himself had evidently signed a Catholic “spiritual testament”, discovered in the eighteenth century hidden away between the rafters and ceiling of the Stratford home. In this setting, Greenblatt considers a scenario for the missing year of Shakespeare’s life at the age of 16: he considers that the young man may have served as a private teacher in the household of John Cottam, a prominent secret Catholic in Lancashire. And there he would have had vivid exposure to the drama surrounding the illicit activist Jesuit priest, Edmund Campion. (Campion was apprehended, tortured, and executed in 1581.) Greenblatt finds many traces of this personal history of covert Catholicism in Shakespeare’s plots, language, and life.

What I find most thought-provoking in Greenblatt’s work here, is his ability to bring history, literature, and life story together into one extended interpretation. The book sheds light on ordinary life in sixteenth-century England — rural and town. In this respect it serves as vivid social history. And it sheds light on the literature as well — the many ways in which themes and turns of language can be related to Shakespeare’s own itinerary, as well as the astonishing ability the writer had to transform the ordinary into something transcendent.