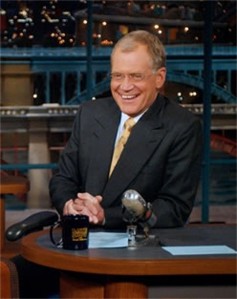 Power is an elusive social concept, because it is fundamentally relational and composite. The power that a person or group possesses can only be defined in relation to the domain of persons over whom this power can be wielded and the set of social resources that constitute the levers of this power. Power must be characterized in terms of domain and mechanisms. The question here is whether there are other social concepts that have a similar conceptual geography. If so, this may give us a better basis for explaining the concept of power.

Consider these possible sibling concepts: status, affluence, charisma, eloquence, funny … Each of these is what we might call an “influence” concept. It stipulates a capacity to bring about a particular kind of effect in other persons. It follows that these concepts are inherently relational; we cannot define “charisma” or “eloquence” without explicitly or implicitly specifying the group of people who respond to these qualities. Second, conveying influence requires a mechanism of influence; and in fact each of these examples depends upon some set of qualities or assets through which the individual with the property is able to exert this influence (admiration, laughter, persuasion, willingness to follow, willingness to obey).

Further, each of these characteristics is social in one way or another. “Status” depends on an audience that is prepared to “read” a person with certain attributes as possessing a certain status, and it depends on the individual being socially situated on such a way as to acquire those tags (the Mercedes, the $600 haircut, …). “Affluence” depends on having resources adequate to support consumption noticeably superior to that of most other people in this social setting — in fact, it is doubly social, in that it depends upon comparison with other consumers and on the affluent person’s having access to socially defined resources, which implies a particular situation within a particular set of social relations (corporation, pirate gang, government bureau).

Power differs from these other influence terms in several ways. Most crucially, power is less dependent on the social psychology of others and more dependent upon material resources. Status and eloquence are pretty much in the eye of the beholder, whereas the power of a criminal boss depends largely on his ability to marshall force. Affluence is similar in this respect, while “funny” is more similar to status.

So an important distinguishing feature within this conceptual space of “social influence” concepts is whether the attributes needed to wield influence are personal psychological traits or external, socially defined assets. David Letterman is funny because he has a set of capabilities — quick verbal wit, droll timing, sarcastic imagination, extreme facial motility — that we are culturally prepared to find amusing. These traits are not inherently funny — presenting the same skit to a group of Navajo ranchers might elicit only puzzled looks. But in our comedy culture, the person who has Letterman’s qualities but at a less adept level will not succeed in being funny. Al Capone was powerful because he had violent men available to do his bidding. This wasn’t a feature primarily of his psychological characteristics but rather his particular social location and the material resources of violence he could call upon.

We might consider how charisma fits in this analysis, especially since this concept has almost as common appeal in political analysis as power. We might say that a charismatic person is one who has the ability to influence other people to want to act in the ways he/she asks of them. This influence is often described as sub-rational and sub-conscious: followers act out the exhortations of their charismatic leader out of emotional allegiance rather than rational judgment. So the capacities required of the charismatic leader are features of personality and performance — the charismatic person needs the qualities that permit him/her to inspire followers. In this way charisma is similar to being funny. But these capabilities also give the leader the ability to influence followers beyond their rational will — which makes charisma more similar to power.

So we might summarize this analysis in application to the concept of power along these lines: