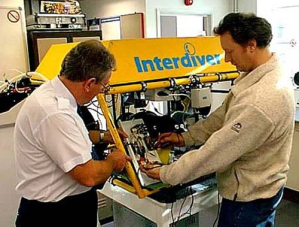 Secondary and post-secondary education plays a crucial role in the economic activity of any complex society. Kathleen Thelen provides a very fine description of the different talent regimes of Germany, Britain, Japan, and the United States in How Institutions Evolve: The Political Economy of Skills in Germany, Britain, the United States, and Japan

. She highlights the very significant differences that exist across countries with respect to the internal and external structure of educational and training institutions and their relations to industry. Young people acquire the knowledge and skills they will need in order to play a productive role in the economy in these institutions — which is to say that these institutions perform the function of preparing young people for jobs. This implies, in turn, that schools ought to be well informed about the skill and talent needs of the economy within which they exist — what basic and advanced skills young employees need to possess in order to fulfill expectations within the workplace and contribute value to the organizations they join.

However, this expectation of linkage between schools and firms seems to be somewhat over-optimistic in the United States. Educators and policy-makers appear to rely primarily on their own judgments about what a high school or college education ought to convey — or what knowledge and skills a graduate ought to have achieved — rather than gathering more systematic intelligence about what employers want and need in prospective workers. Sociologist James Rosenbaum argues in Beyond College For All: Career Paths For The Forgotten Half

that this is an important weakness in the American system of secondary and post-secondary education — in contrast to countries such as Germany or Japan, where such linkages are well established and effective. Better linkages in both directions — from employers in designing curriculum, and towards employers, in recommending graduates for employment — would result in a substantially more effective system of education and work in the United States, according to Rosenbaum.
In fact, some academic leaders take the view that “career preparation” is secondary to “development of the mind” as a priority in a college education. The educational philosophy in selective universities (in arts and sciences, anyway) is premised on the cultivation of the intellectual breadth and maturity of the student and the nourishing of fundamental skills such as reasoning, communicating, quantitative ability, cultural sensibility, and moral awareness. The underlying idea of this philosophy of liberal education is that these foundational skills, cultivated through a broad liberal education, will provide the intellectual resources necessary for the young person to succeed in a variety of careers and professions. Martha Nussbaum expresses this philosophy very eloquently in Cultivating Humanity: A Classical Defense of Reform in Liberal Education

.
And, in fact, this is a good educational philosophy — for a part of the total task of preparing all young people for work. University graduates in history, sociology, biology, chemistry, philosophy, or literature can make immediate productive contributions in many organizations — so the educational system that prepared them is plainly working well for this segment of the population and the job market. This educational experience is best suited for preparing young people for additional study in graduate and professional programs, and for beginning jobs in professions where good analytical, reasoning, and communications skills are most important (e.g., consulting, banking, public relations, journalism, social justice organizations, non-governmental organizations, government agencies). The work associated with these careers usually involves research, writing, problem-solving, collaboration, communication, and leadership; and graduates with the general intellectual and personal skills associated with a liberal arts education are usually well prepared in most or all of these areas.
But it is perhaps a fallacy to imagine that this educational philosophy is suited to every individual. There are important differences across individuals — personality, curiosity, determination, ambition, and intellectual capacity — that imply that individuals will differ in the degree to which this educational philosophy will further their talents. Ideally, we would like to see an educational system that provides substantial realization of the talents and traits of each individual — recognizing that there are substantial differences across individuals. And it is likely that the “liberal education” philosophy is poorly suited to some individuals.
Second, it is equally fallacious to imagine that the educational philosophy of liberal education is the best foundation for every possible career — from professor to physician to welder to fire warden to real estate agent. And, in fact, this seems to be the central argument of Rosenbaum’s book — conveyed in his title, “Beyond College for All.” This idea is unpacked in two related ways: first, that secondary schooling needs to improve substantially in order to achieve the outcomes it promises — literacy, numeracy, and basic social skills of the workplace for all graduates. Here the point appears to be that there are still a large number of jobs in the modern economy that require only the skills of a well-educated high school graduate. And he believes that American secondary schools ought to have substantially tighter linkages with industry and employers. And second, the logic of Rosenbaum’s argument leads to the idea that post-secondary education ought to be more differentiated, with opportunities for a wider range of personalities and talents. Here the theory of the “applied baccalaureate” is perhaps a natural extension of Rosenbaum’s argument (see this report from the Higher Learning Commission). The applied baccalaureate is a four-year degree offered by a community college in a practitioner discipline (e.g., occupational therapy, nursing, computer-aided design, numerically controlled manufacturing). And the background theory is that the program of study is designed in order to achieve the degree of specialization needed for immediate inclusion in a technically demanding job, with the degree of background scientific and technical knowledge that will permit the worker to grow in the job.
This idea is likely to encounter criticism from thinkers such as Samuel Bowles and Herb Gintis (Schooling in Capitalist America: Educational Reform and the Contradictions of Economic Life

), who argued quite a few years ago that the American system of education was stratified by class, with “elite” education going to young people destined for professional (high-paying) jobs, and vocational education going to young people destined for working-class jobs. They argued, further, that the social psychology promoted by the two educational environments was itself class-specific: independence and creativity are encouraged in elite colleges, whereas docility and obedience are encouraged in vocational schools. But I suppose that the best remedy to this critique is to aggressively pursue real equality of opportunity for all young people, so that individuals find their way to the various sectors of education according to their own talents and characters rather than the markers of class origin that they bear. (Charles Sabel provides a different take on the relationship between class, education, and work in Work and Politics: The Division of Labour in Industry

. Among other things, Sabel challenges the “elite/non-elite” distinction when applied to different kinds of work.)

3 Replies to “Education and careers”