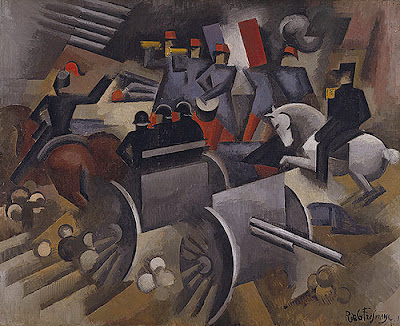 In general I’m skeptical about the ability of the social sciences to offer predictions about future social developments. (In this respect I follow some of the instincts of Oskar Morgenstern in On the Accuracy of Economic Observations

.) We have a hard time answering questions like these:

However, the situation isn’t entirely negative, and there certainly are some social situations for which we can offer predictions in at least a probabilistic form. Here are some examples:

It is worth exploring the logic and function of prediction for a few lines. Fundamentally, it seems that prediction is related to the effort to forecast the effects of interventions, the trajectory of existing trends, and the likely strategies of powerful social actors. We often want to know what will be the net effect of introducing X into the social environment. (For example, what effect on economic development would result from a region’s succeeding in increasing the high school graduation rate from 50% to 75%?) We may find it useful to project into the future some social trends that can be observed in the present. (Demographers’ prediction that the United States will be a “majority-minority” population by 2042 falls in this category (link).) And we can often do quite a bit of rigorous reasoning about the likely actions of leaders, policy makers, and other powerful actors given what we know about their objectives and their beliefs. (We can try to forecast the outcome of the current impasse between Russia and Ukraine over natural gas by analyzing the strategic interests of both sets of decision-makers and the constraints to which they must respond.)

So the question is, what kinds of predictions can we make in the social realm? And what circumstances limit our ability to predict?

Predictions about social phenomena are based on a couple of basic modes of reasoning:

And predictions can be presented in a range of levels of precision, specificity, and confidence:

Here are some particular obstacles to reliable predictions in the social realm:

So where does all this leave us with respect to social predictions? A few points seem relatively clear.

Specific prediction of singular events and outcomes seems particularly difficult: the collapse of the Soviet Union, China’s decision to cross the Yalu River in the Korean War, or the onset of the Great Depression were all surprises to the experts.

Projection of stable trends into the near future seems most defensible — though of course we can give many examples of discontinuities in previously stable trends. Projection of trends over medium- and long-term is more uncertain — given the likelihood of intervening changes of structure, behavior, and environment that will alter the trends over the extended time.

Predictions of limited social outcomes, couched in terms of a range of possibilities attached to estimates of probabilities and based on analysis of known causal and strategic processes, also appear defensible. The degree of confidence we can have in such predictions is limited by the possibility of unrecognized intervening causes and processes.

The idea of forecasting the total state of a social system given information about the current state of the system and a set of laws of change is entirely indefensible. This is unattainable; societies are not systems of variables linked by precise laws of transition.