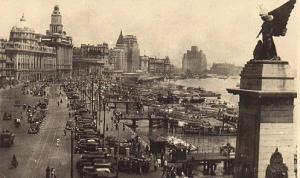 Is Marx’s vision still relevant in the twenty-first century world?

At bottom, Marx’s biggest ideas were “critique,” “exploitation,” “alienation,” “ideology,” and “class.” He also constructed a fairly specific theory of capitalism and capitalist development — a theory that has historical pluses and minuses — and a theory of socialism that can be understood along more democratic and more authoritarian lines. We might say that his theory of capitalism was too deeply grounded in the observed experience of mid-nineteenth-century Britain, and his theory of socialism paid too little attention to the crushing possibilities of power wielded by a future socialist state. Too much economics, too little politics in his worldview — and too much of a Hegelian “necessitarianism” in his expectations about the future.

History has shown us a few things that Marx too would have recognized, with the benefit of another century of experience. History does not conform to a necessary logic of development. Capitalism is not one thing, but a set of institutions that have proven fairly malleable. There is no single “logic of capitalist development.” Compromises and institutional accommodations are possible between contending economic classes. Social democracy, democratic socialism, Stalinist communism, fascist dictatorship, and liberal democracy are all feasible political institutions governing “modern” economic development.

So we might take a deep breath, take a step back, and ask a big counterfactual: How might Marx, with his critical eye for inequality and power and his acute sensibilities as a sociologist — how might this social critic and theorist have processed the social realities of China in Shanghai in the 1980s?

The question forces a lot of refocusing for historical particulars. China was a “proletarian and peasant” state under the governance of a Communist Party. The Great Leap Forward had taken place, massive famine had occurred during agricultural collectivization, the Cultural Revolution had recently ended with great violence throughout — and the beginnings of a new direction in economic life were starting. Private incentives and market forces were beginning to find a place in the economy. The “family responsibility system” in agriculture was beginning to demonstrate major improvements in productivity in farming. Similar reforms were beginning in industrial ownership and management.

Given these large differences between China and Birmingham — what sorts of analysis might Marx have arrived at? What would Capital have looked like?

Here are a few possibilities. Given the pre-eminence of politics in China’s affairs, the book would have been less exclusive in its focus on the “economic mode of production” and might have offered analysis of the instruments and institutions of coercion. It would have given less prominence to the labor theory of value, even as it would have retained some scheme for tracking value and wealth. Political institutions, and the forms of power associated with office and position, would have been a prominent part of the analysis. The role and dynamics of great cities would have come in. The book would have paid much more attention to international economic relations — Marx would surely have had much to say about globalization. (Why? Because Marx was an astute and nuanced social observer; and these are crucial factors in metropolitan China in the 1980s-2000.)

But a distinctly Marxist analysis could nonetheless have emerged. The Chinese version of Capital would have emphasized some of the same human and social circumstances that are highlighted in Capital: coercion, inequality, exploitation, domination, and human suffering as a result of social institutions; the leverage provided for the personnel of the state; population movement; and the alienation of ordinary people from their species being. Marx surely would have examined very carefully the large social effects of official corruption, as a system of surplus extraction. The result would have been a different theory, emphasizing different social mechanisms; but giving primacy to many of the same large social characteristics of inequality, domination, and exploitation; perhaps more about the full social order and less of a microscopic view of the economic relations of “capitalism.”

This small counterfactual experiment perhaps underlines something else too: that there are important threads of Marx’s social theory and social critique that continue to be relevant as we try to analyze and diagnose the fundamental social realities of contemporary societies. And we might also draw this hypothetical impression as well: Marx would probably have been as unwelcome to the authorities of the CCP in China as he was to the rulers of the Prussian state.

2 Replies to “If Marx had been born in Shanghai”