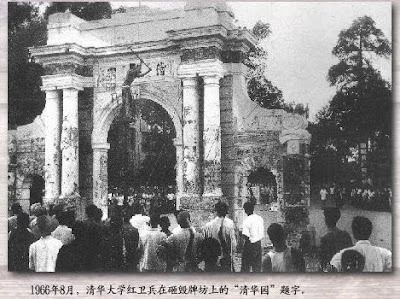 Over 700 historians, sociologists, demographers, and political scientists enjoyed a splendid program of panels at the Social Science History Association in Long Beach this week (link). There were panels on recent historical demography, comparative historical analysis, and social mobilization research, as well as a pair of great panels on the work of Charles Tilly. There was even a smattering of papers suggesting possible opportunities for innovation in theory and research methods in historical sociology.  (A book panel on Neil Smelser’s recent The Odyssey Experience: Physical, Social, Psychological, and Spiritual Journeys

illustrates this point: the book is highly original and demonstrates the value of seeking out new perspectives and angles of view on social behavior and social change.)

Here is one strong impression that emerges from the program.  Variation within a social or historical phenomenon seems to be all but ubiquitous. Think of the Cultural Revolution in China, demographic transition in early modern Europe, the ideology of a market society, or the experience of being black in America. We have the noun — “Cultural Revolution” — which can be explained or defined in a sentence or two as an extended social phenomenon of mobilization and conflict that took place in China from 1966-76; and we have the complex underlying social realities to which it refers, spread out over many cities, villages, and communes across China (The Chinese Cultural Revolution as History).  Or consider another general noun, “demographic transition,” defined as a period in which a population experiences abrupt decline in mortality, followed by a decline in fertility.  Using a variety of statistical methods, historical demographers can document the occurrence of a demographic transition in different periods in Sweden, Italy, Britain, and China.  And it turns out that there are both common features and distinguishing characteristics that emerge from detailed study — differences in timing, differences in social composition, differences in the mechanisms bringing these changes about.

In each case there is a very concrete and visible degree of variation in the factor over time and place. Historical and social research in a wide variety of fields confirms the non-homogeneity of social phenomena and the profound location-specific variations that occur in the characteristics of virtually all large social phenomena. Social nouns do not generally designate uniform social realities (post).  These facts of local and regional variation provide an immediate rationale for case studies and comparative research, selecting different venues of the phenomenon and identifying specific features of the phenomenon in this location. Through a range of case studies it is possible for the research community to map out both common features and distinguishing features of a given social process.

This description focuses on locational variation in processes — village to village, country to country. But social scientists often also highlight variations across social segments within a given location: class, race, gender, religion, occupation.  Do sharecroppers have a different fertility profile over time than the wealthy in a particular region at a particular time?  Are there significant differences in survival strategies for distinct groups defined by race or ethnicity in a city or a group of cities?

This situation of variation and case-specific research raises a number of challenging questions. One is the question of whether the phenomenon designated by the noun is one integrated social reality, with varied expressions across locations, or whether instead the different locations are simply loosely similar but independent occurrences. Simon Schama’s radical question — was there a French Revolution, or were there simply a congeries of periods and locations of disturbance? — illustrates this question (post), as does a previous discussion of the revolutions of 1848 (post).

A second major question is the challenge of discovering causal and social mechanisms connecting the various social locations encompassed by the phenomenon. How did the activism and ideology of Cultural Revolution spread from Beijing to Nanjing and other locations? How did activism spread from city to rural locations? How did local circumstances cause changes and variations in the political movement? How much path dependency existed in the spread of revolutionary ideas and strategies?

There is a more epistemic set of questions as well, concerning generalizability. Fundamentally, if there is substantial variation across locations and instances of a given phenomenon, then to what degree can we say anything about the phenomenon as a whole? And what does the study of one location allow us to say about the larger processes? Does study of the Tsinghua student Red Guard movement tell us anything about Red Guard mobilization in other places? Or is it simply one of many different and contingent develoments of contentious politics during the period?  Can we generalize from case studies and comparative research?

We can also look at the problem from the other end of the telescope: are there any social phenomena that occur fairly homogeneously across all places where this phenomenon occurs?  Candidates might include:

For examples like these we can ask a symmetrical set of questions to those posed above. What factors explain the uniformity of results for these processes across separate locations? Various explanations are possible:

This is where the appeal to social mechanisms seems once more to be highly relevant and helpful.  If we work on the assumption that any large social process — the dispersed locations of contention associated with the French Revolution, say — is the compound result of a set of underlying causal social mechanisms, and if we hypothesize that many of these mechanisms are in play in some places but not in others; then we can explain both similarity and difference in the occurrence of the phenomenon across time and place.  Now the work of historical investigation can be put in these terms: identify some of the social mechanisms that evidently recur in various locations; identify some of the mechanisms that lead to significantly different results in some places; and identify some of the cross-location mechanisms that are at work to secure a degree of synchrony and parallel in the developments observed in different locations (communication systems, networks of leaders, dissemination of activists).  Case studies and comparative research permit both a degree of generalization and an explanation of variation.

In other words, the intellectual strategy here is to disaggregate the large social factor into the results of a larger number of underlying mechanisms; and then to attempt to discover how these mechanisms played out differently in different settings throughout the range of the French Revolution, protoindustrialization, or ethnic conflict in South Asia.  Significantly, this is exactly the strategy of research and explanation that Charles Tilly was led to in his emphasis on discovering the component social mechanisms that underlie social contention (McAdam, Tarrow, Tilly, Dynamics of Contention