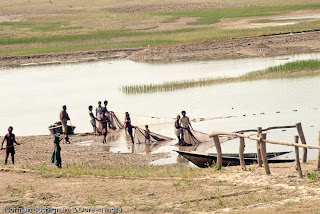 Speech Acts: An Essay in the Philosophy of Language

(1995) and Making the Social World: The Structure of Human Civilization

(2010).  So — how much insight into the social world can we get from the ideas underlying speech act theory?

Fundamentally, Searle’s interest is in the nature of social ontology:

[The philosophy of society is] the study of the nature of human society itself: What is the mode of existence of social entities such as governments, families, cocktail parties, summer vacations, trade unions, baseball games, and passports? (MSW, kindle loc 161)

His answer is categorical and dogmatic; there is precisely one human intentional activity that underlies all of social reality:

Humans have the capacity to impose functions on objects and people where the objects and the people cannot perform the functions solely in virtue of their physical structure. [E.g. a five-dollar bill can’t be physically transformed into a grande latte.] The performance of the function requires that there be a collectively recognized status that the person or object has, and it is only in virtue of that status that the person or object can perform the function in question. (kindle loc 194)

Status functions are fundamental, according to Searle, because they are the bearers of rights, obligations, and norms — what he refers to as “deontic powers.” As a member of the American Philosophical Association, I have a right to attend the annual conference, and this right is embodied in the states of intentionality of other actors who recognize that status and the associated right.  “So status functions are the glue that holds society together.  They are created by collective intentionality and they function by carrying deontic powers” (kindle loc 225).

Searle thinks that rules, institutions, and collective intentions are the fundamental “atoms” of social phenomena; and — this is the dogmatic part — he thinks that these all depend on one mental action, which he refers to as a Status Function Declaration.  He holds that we cannot understand the working of a rule, a socially embodied obligation, or a socially embodied right, without postulating a commonly recognized Status Function Declaration that establishes that practice.  And, sure enough — a status function declaration is a form of a speech act.

All institutional facts, and therefore all status functions, are created by speech acts of a type that in 1975 I baptized as “Declarations”…. With the important exception of language itself, all of institutional reality, and therefore, in a sense, all of human civilization, is created by speech acts that have the same logical form as Declarations…. Institutional facts are without exception constituted by language, but the functioning of language is especially hard to see. (kindle loc 253, 282, 1683)

So speech acts, and the linguistic intentionality that they express, are the foundation of all social phenomena.  “All of institutional reality is created by linguistic representation” (kindle loc 313).  Voila.

What this all seems to boil down to, is three points: (1) Social interactions always involve language, both internally in thought and externally in communication. (2) The idea of a norm is an inherently social idea that needs to be embodied in the beliefs and attitudes of the individuals in the group through linguistically framed mental representations. (3) Norms need to be shared and publicly articulated if they are to be socially real.  Searle represents these three common ideas in a more technical vocabulary: individuals have individual and collective intentionality; individuals have deontic commitments; and deontic commitments result from status function declarations  — speech acts of a specific kind.

Let’s consider each of the points.  Is intentionality inherently linguistic?  Of course adult human intentionality is — we can always paraphrase a state of consciousness as a linguistic declaration of some sort, and it is common to think of “thought” as internal speech.  But is it possible to imagine purposiveness and intentionality in a non-linguistic species?  Can we find examples of non-human cooperation that appears to presuppose intentionality without language?  The answers to these two questions appear to be affirmative.  Examples of primate problem-solving, group hunting, and simple cooperation in which the behavior of members of a group are oriented to the behavior of others all appear in the animal behavior literature.  (Here is an earlier post on current research on human cooperation that appears to contradict the assumption that intentionality requires language; link.  The post draws on the work of Michael Tomasello and colleagues in Why We Cooperate

Is it possible for a group of humans to embody a set of norms of behavior that are not explicitly formulated in language?  Again, it seems that we have good empirical and theoretical reasons for thinking that “implicit norms”, conventions, and practices exist.  Searle himself gives some attention to what we would call “norms by convention”, but only to argue that these examples are on their way to full-fledged status function declarations (“pre-institutional examples of the same logical form”) (kindle loc 404, 449).  But David Lewis’s extensive work on the topic in Convention: A Philosophical Study

(which Searle does not discuss) gives substantial support for the idea that conventions can emerge within a human group without formal linguistic articulation, and they can persist as a basis for organizing group behavior without requiring “codification” through a speech act.  Here is a simple example:

In my hometown of Oberlin, Ohio, until recently all local telephone calls were cut off without warning after three minutes. Soon after the practice had begun, a convention grew up among Oberlin residents that when a call was cut off the original caller would call back while the called party waited.  Residents usually conformed to this regularity in the expectation of conformity by the other party to the call.  In this way calls were easily restored, to the advantage of all caoncerned.  New residents were told about the convention [deontic speech act!] or learned it through experience [no deontic speech act required!].  It persisted for a decade or so until the cutoff was abolished. (43)

So, according to Lewis, coordination through tacit or implicit convention is a common feature of social life, and it does not require a deontic speech act for its effectiveness.  (In fact, Lewis argues that the arrow points the other direction: language presupposes conventions rather than being a necessary condition to the possibility of a convention.)  Lewis’s analysis is responsive to condition (3) above as well; Lewis has demonstrated how a practice can become “common knowledge” and effective in regulating coordinative and cooperative behavior, without ever having been expressed through a deontic declaration.

So it seems that Searle’s insistence on the inescapable role of language and performative speech acts goes beyond what is justified by the facts.  The social is not reducible to a set of logical characteristics of language.  That said, it is of course true that human social life — coordination, planning, strategizing, conspiring, cooperating, and competing — is enormously dependent on our species’ ability to use language to express our thoughts and intentions.  But we don’t gain very much by paraphrasing social action in the language of speech acts; the real challenge for the social scientist is to explain social outcomes, not to redefine them.

Most fundamentally, we would hope that the philosophy of society or the philosophy of social science will help to formulate better theories and better research questions in the social sciences.  The hard part of the social sciences is not arriving at a logical analysis of how institutions and norms can be defined in terms of something else; it is rather the difficult challenge of sorting out real human behavior within a set of institutions and explaining outcomes on that basis.  But because of its single-minded focus on a single logical hypothesis, Making the Social World doesn’t really do that.  It is a formal treatment of the supposed relationship between institutions and speech acts that unfortunately does not provide substantive insight into the workings of real social institutions or human behavior.