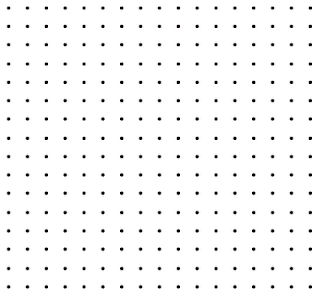 There isn’t very much transparency about the deep structure of almost any complex modern society. For most people their primary impressions of the society’s functioning comes from the mass media and their own personal experiences.  We each see the limited bits to which we are fairly directly exposed through our ordinary lives — the newsroom if we happen to be a beat reporter, the university if we are professors, the play-and-learn center if we are in the business of preschool education.  We gain a pretty good idea of how those networks of institutions and organizations work. But it’s very difficult to gain a birds-eye picture of the social system as a whole.

The most basic goal of Marx’s economic programme was to demystify the workings of the political economy of capitalism.  He wanted to sweep aside the appearances that capitalism presents and to lay bare the underlying social relations of inequality and exploitation that really constituted the causal core of the system. (This is the point of his theory of the fetishism of commodities; link.) And he believed that active systems of ideology and false consciousness conspired to conceal these workings from ordinary participants. In particular, he wanted to demonstrate the process through which wealth is created within capitalism, and the relations of inequality through which its benefits are distributed.  It is a class-based analysis, and Marx proposes to the proletariat (and the rest of us) that we look for the class mechanisms of our ordinary economic experiences.

What is unsatisfying about Marx’s theory in the current context is that in the end it isn’t really very much of an empirical demonstration.  It is an abstract model of how the theorist thinks capitalism works, rather than a detailed empirical exposure based on rigorous and diverse data that demonstrates the flows that he postulates.  It offers a schema for connecting the dots of our ordinary experience, but it doesn’t actually carry out the effort.

Other researchers have done so, of course; researchers who demonstrate the widening inequalities of income and wealth that market democracies contain, the consequences of these inequalities for people at both ends of the divide, the often degrading conditions of work that the majority of the working population experience, and so forth.  So on the dimension of wealth, income, and privilege, it isn’t too difficult to gather the information we need to better understand our current economic realities based on information that is readily available; but most Americans don’t seem to bother to do so. The ease with which the right has succeeded in setting the terms of popular ideas about organized labor, racial inequalities, and immigration bears that out. Lies and slogans replace honest factual argument.

And what about the other large determinant of outcomes in modern society, the workings of political power? Here too there are founding theorists who sought to lay bare the “real” workings of power in a market democracy.  Foucault is one; Domhoff and Mills sought to do so a generation earlier.  The goals of C. Wright Mills (The Power Elite

; link) were similar to Marx’s, but in the sphere of political power within a democracy.  They wanted to demonstrate how the language of pluralism and representative democracy works to conceal a system of power and influence that was anything but egalitarian. They wanted to shred the ideologies and obscurantist narratives that conceal these political realities.

But, like Marx to some extent, their writings too remained schematic. They offered a framework for thinking about political power that was radically different from that of the pluralists. But they didn’t really provide a detailed empirical exposure of the workings of this system in real time.  So here again, we’d like to have an organized way of connecting the dots within the contemporary world.  How do corporations use lobbying firms and campaign PACs to shape policy and legislation to their liking? How is it going on today? And, as is the case of the domain of economic inequalities, there are plenty of sources today shedding light on aspects of these processes.  But these political realities seem if anything, even more difficult to perceive.

The blog Naked Capitalism approximates the kind of dot-connecting that I’m describing, with specific application to the financial industry. Here a group of very expert observers are taking the trouble to track the complexities and the hidden interests involved in the financial industry, and to try to make sense of what they find in an honest way. I. F. Stone was a one-man dot-connector in the 1960s when it came to the Indochina War (Best of I. F. Stone

does a good job of sketching out the influence systems that set the planets in motion in American democracy. And Bob Herbert’s last column for the New York Times does it as well (link).  We need exactly these kinds of effort in other areas too — defense contracting, influence peddling, the pharmaceutical industry, news media, …  We need help connecting the dots of how our society works, who pulls the strings and who benefits.

Blogging, critical journalism, and crusading thinkers like I. F. Stone and Frances Fox Piven can help a lot. And, by the way, it must be done in a way that is committed to high standards of empirical fidelity; it needs to inspire the kind of trust that Stone was able to do fifty years ago. And maybe, with the makings of a more truthful shared understanding of how our society actually works, we will succeed in creating a politics that transforms it.