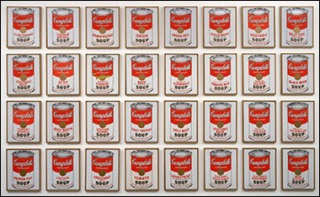 The current topic on the UnderstandingSociety blog poll is a proposition about social cohesion:

THE INTERNET IS HELPING TO CREATE NEW PATHWAYS OF SOCIAL COHESION IN CONTEMPORARY SOCIETY.

The poll is still open, but as of today 70% of respondents somewhat or strongly agree that the Internet creates a basis for new forms of social cohesion, while only 16% somewhat or strongly disagree. On its face, a large majority of readers are optimistic about the ability of the Internet to contribute to a stronger national community. What the poll question doesn’t reveal is the respondents’ underlying thinking as the basis of their judgment. So let’s see what some of the considerations might be.

First, what do we mean by “social cohesion”? Along with Durkheim, we can approach the concept by relating it to the bonds of morality and loyalty that lead members of a society to adapt their behavior to the perceived needs of society. A willingness to sacrifice in times of crisis, a willingness to defer to the common good, a willingness to conform to widespread social norms — these are the sorts of things that go into the concept of social cohesion. A society that lacks all bonds of social cohesion is one in which individuals care only about their own interests; who pay attention only to their own individual ideas about morality; and who find the idea of sacrifice for the greater good to be for the gullible. (Interestingly, this is a state of affairs that Durkheim describes as “anomie”, and it is the factor that he believes conduces to a heightened rate of suicide in a population; Suicide

.) (Here is a nice contemporary survey of the sociological literature on social cohesion by Noah Friedkin; link.)

So how might the mechanisms of social connection provided by the Internet potentially influence the facts about social cohesion in a twenty-first century society? How might Facebook, Twitter, YouTube, blogs, and webpages have effects that are either favorable or unfavorable for social cohesion? It seems that these capabilities of the Internet have the potential for working in both directions — both undermining cohesion and enhancing cohesion. So overall, it is very difficult to assess the net impact of these capabilities.

First, consider a few tendencies in the negative direction. Much as Internet-based news sources have fragmented the audience for the network news — and thereby have reduced the degree of commonality citizens have through their regular interactions with Walter Cronkite — we might speculate that the Internet facilitates a fragmentation of social groups into smaller and smaller segments. So instead of a set of attitudes that bind citizens together as part of American society, we get micro-sets of attitudes that bind individuals together into micro-constituencies. This would seem to be a force working against social cohesion at the level of the population as a whole.

A related point stems from the evident ability of Internet tools to create ever-more strident groups of people around very specific issues and concerns. If each issue has its own website, Facebook page, Twitter feed, social media management strategies, and the like, individuals are drawn into greater engagement with ever-smaller groups of like-minded individuals. So it is increasingly difficult for politicians to create mass-based constituencies around a core set of values; there is a declining basis for a social consensus in a world in which individuals gravitate towards divisive social and political advocates.

These points suggest that the Internet has effects that are corrosive of social cohesion. What are the tendencies of the Internet that point in the other direction? The example of the use of Facebook during the democracy demonstrations in Egypt provides one positive indication. It would appear that activists were able to gain strong support from thousands of interested Egyptians through the real-time communication and social expression that Facebook pages enabled. This was a process of agglomeration rather than fragmentation for some period of time — a process through which a broader and broader group of individuals became actively engaged with the values and current happenings associated with the pro-democracy movement.

Second, a little more generally, it is possible that social media like Facebook or YouTube may facilitate the development of more other-oriented interest on the part of the people who use them. If the United Way of Chicago or San Francisco can begin to attract tens of thousands of followers to a Facebook page with powerful, current information about the social needs of other Chicagoans or San Franciscans, we can imagine that there might be a rising level of willingness to get engaged in United Way fundraising and community efforts throughout the community. So YouTube and Facebook can become a contemporary alternative to the face-to-face relationships that Durkheim and Tönnies highlighted.

Third, several recent national elections have demonstrated that millions of people are willing to get involved in presidential and congressional campaigns through social media — including the act of making online political contributions. The success of these efforts since 2006 suggests the faint possibility that online communities may begin to regain some of the pervasiveness that a fragmented television audience has lost. Perhaps this capability for aggregating large numbers of citizens around online communities of political interests suggests that the Internet can begin to help citizens build a broader consensus.

These considerations suggest that social media and the Internet have tendencies in both directions — fragmentation and agglomeration — with the result that its overall influence on cohesion may be neutral. In fact, we might speculate that social media enhance small group cohesion while undermining national cohesion.

In short, I’m inclined now to change my vote in the poll. I had supported the idea that the Internet is mildly favorable to increasing social cohesion. I now think that it’s a wash, with negative as well as positive tendencies at work at the same time.