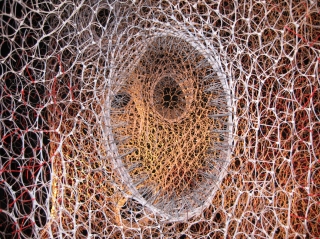 .  One of the most important thinkers to have introduced new ideas into the debate is Margaret Archer. Several books in the mid-1990s represented genuinely original contributions to issues about the nature of social ontology and methodology, including especially Realist Social Theory: The Morphogenetic Approach

and Culture and Agency: The Place of Culture in Social Theory

Archer’s work addresses several topics of interest to me, including especially the agent-structure dichotomy. This is key to the twin concerns I have for “actor-centered social science” and “autonomous meso-level explanations”.  Anthony Giddens offers one way of thinking about the relationship between agents and structures (link).  Archer takes issue with the most fundamental aspect of Giddens’s view — his argument that agents and structures are conceptually inseparable. Archer argues instead for a form of “dualism” about agents and structures — that each pole needs to be treated separately and in its own terms.   (Chapter 5 provides a detailed discussion of both Bhaskar and Giddens on levels of the social.) She acknowledges, of course, that social structures depend on the individuals who make them up; but she doesn’t believe that this basic fact tells us anything about how to analyze or explain facts about either agents or structures.  Here are the opening paragraphs of Realist Social Theory.

Social reality is unlike any other because of its human constitution. It is different from natural reality whose defining feature is self-subsistence: for its existence does not depend upon us, a fact which is not compromised by our human ability to intervene in the world of nature and change it. Society is more different still from transcendental reality, where divinity is both self-subsistent and unalterable at our behest; qualities which are not contravened by responsiveness to human intercession. The nascent ‘social sciences’ had to confront this entity, society, and deal conceptually with its three unique characteristics.

Firstly, that it is inseparable from its human components because the very existence of society depends in some way upon our activities. Secondly, that society is characteristically transformable; it has not immutable form or even preferred state.  It is like nothing but itself, and what precisely it is like at any time depends upon human doings and their consequences.  Thirdly, however, neither are we immutable as social agents, for what we are and what we do as social beings are also affected by the society in which we live and by our very efforts to transform it. (1)

Archer argues that the two primary approaches that theorists have taken — methodological individualism and methodological holism — are fundamentally inadequate.  They represent what she calls upward and downward conflation.  In the first case, “society” disappears and is replaced by some notion of aggregated individual action; in the second case “agents” disappear and the human individuals do no more than act out the imperatives of social norms and structures.  She associates the first view with J.S. Mill and Max Weber and the second view with Durkheim.  On her view, agents and structures are distinct, and neither is primary over the other.

She refers to her view as the “morphogenetic” approach.  Here is how she explains this concept:

The ‘morpho’ element is an acknowledgement that society has no pre-set form or preferred state: the ‘genetic’ part is a recognition that it takes its shape from, and is formed by, agents, originating from the intended and unintended consequences of their activities. (5)

Morphogenesis applies at all levels, from “the capitalist system” to “the firm” to “the actor” to personal identity and motivation.  And she believes that properties at various levels — micro and macro — have a degree of autonomy from each other, which she refers to as “emergence”:

I want to maintain that ‘micro’ and ‘macro’ are relational terms meaning that a given stratum can be ‘micro’ to another and ‘macro’ to a third etc. What justifies the differentiation of strata and thus use of the terms ‘micro’ and ‘macro’ to characterize their relationship is the existence of emergent properties pertaining to the latter but not to the former, even if they were elaborated from it. (9)

Later in the book she amplifies this idea:

Autonomy is also temporal (and temporary) in the joint senses that such structural properties were neither the creation of contemporary actors nor are ontologically reducible to ‘material existents’ (raw resources) and dependent upon current acts of human instantiation (rule governed) for all their current effects. (138)

And this is where her theory exhibits its “realism”: she asserts that the properties we identify at various levels or “strata” are real and causally powerful.

Thus in the course of this book, frequent references will be made to ‘the societal’. Each time, this has a concrete referent – particular emergent properties belonging to a specific society at a given time. Both the referent and the properties are real, they have full ontological status, but what do they have to do with ‘the big’? The society in question may be small, tribal and work on a face-to-face basis. Nor do they have anything to do with what is, relatively, ‘the biggest’ at some point in time. We may well wish to refer to certain societal properties of Britain (the ‘macro’ unit for a particular investigation) which is an acknowledged part of bigger entities, like Europe, developed societies, or the English speaking world. We would do so if we wanted to explain, for example, the role of the ‘Falklands factor’ in recent elections and in so doing we would also incidentally be acknowledging that people who go in for it take their nationalism far from ‘impersonally’, and that the ‘site’ of neo-colonialism may be far distant. (10)

And she offers a different way of thinking about “micro” and “macro” — not from small to large, but from interactional and local to systemic (11).

This all adds up to a social realism that is militant in affirming the reality of social properties as emergent properties.

Conversely social realism which accentuates the importance of emergent properties at the level of both agency and structure, but considers these as proper to the strata in question and therefore distinct from each other and irreducible to one another, replaces the terms of the traditional debate with entirely new ones. Irreducibility means that the different strata are separable by definition precisely because of the properties and powers which only belong to each of them and whose emergence from one another justifies their differentiation as strata at all. (14)

So what is Archer’s central notion, the idea of morphogenesis?  It is the idea that processes of change occur for agents and social structures in interlocking and temporally complex ways.  Agents are formed within a set of social structures — norms, language communities, power relationships.  The genesis of the agent occurs within the context of these structures.  On a larger time scale, the structures themselves change as a result of the activities and choices of the historically situated individuals who make them up.  She summarizes this ontology as a set of cycles with different time frames: structural conditioning => social interaction => structural elaboration (16).  This notion leads Archer to a conception of the social and the actor that reflects a fundamentally historical understanding of social processes. Formation and transformation are the central metaphors (154).

A final comment about Archer’s philosophy of social science is relevant here.  She provides a theory which is abstract and philosophical — ontology, debates about emergence and reduction, epistemology.  But she does so in consideration of her own detailed research on the history and development of an important aspect of social reality, educational institutions.  So her abstract philosophical ideas are grounded not only in philosophy but also in historical and sociological research.

Perhaps I’m over-interpreting, but it seems to me that Archer’s realist theory of morphogenesis is highly complementary to the ideas about methodological localism that have been argued for here.  The idea that actors are socially constituted and socially situated (methodological localism) is a different way of expressing her point that actors are constituted by surrounding social structures. The idea that structures are themselves adapted and changed by active individuals doing things within them corresponds to her “social interaction” and “structural elaboration” phases of morphogenesis. The methodological insight that seems to come along with morphogenesis — the idea that it is valuable to move both upwards towards more comprehensive social structures and downwards towards more refined understanding of action and interaction — is certainly a part of the view associated with methodological localism and actor-centered sociology. Her view of the inherent “transformability” of society (1) parallels my own view of the heterogeneity and contingency of social arrangements.  Finally, her notion that social ontology must be addressed before we can make much progress on issues of methodology and explanation seems right to me as well.