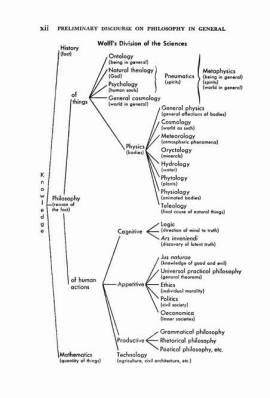 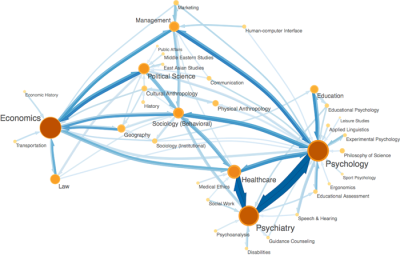 The philosophy of social science is one of the smaller sub-disciplines of philosophy, and many universities have only a single course in the subject. In contrast to larger fields such as ethics or epistemology, the philosophy of social science involves a much smaller part of the intellectual spectrum and audience within the field of philosophy. So how is this discipline defined by scholars who help to constitute it today? What are some of the intellectual challenges that drive the field forward?

One way to proceed in trying to answer these questions is to take a quick look at the descriptions of the field offered by other philosophers in recent books and collections. There has been a lot of activity in the field in the past decade, so we have a lot to work with.

Here is how Daniel Steel and Francesco Guala motivate the subject in their 2011 collection, The Philosophy of Social Science Reader:

Social science studies topics — such as economic growth, employment, crime, social inequality, cultural conflicts, and so on — matter to almost everyone, and philosophy is important to social science. For example, there is little consensus across the social sciences as to basic methods, aims, and fundamental assumptions about human beings, and disputes on such topics are inevitably linked to long-standing discussions in philosophy. The answer to the second question [why to publish a new anthology] is that the philosophy of social science has changed quite dramatically over the last two decades. So a new anthology is required to keep track of the best research, and to map the moving boundaries of this important subfield of philosophy. (1)

They single out four major themes to characterize how the field has moved in the past two decades — disunity, interdisciplinary, naturalism, and values. And their volume is organized around seven parts: “Values and social science,” “Causal inference and explanation,” “Interpretation,” “Rationality and choice,” “Methodological individualism,” “Norms, conventions, and institutions,” and “Cultural evolution.”

In his more specialized collection in 2009, Philosophy of the Social Sciences: Philosophical Theory and Scientific Practice, Chris Mantzavinos offers this description of the field:

Philosophy of science examines “scientific knowledge.” It tries to illuminate the specific characteristics of science, the way it is produced, the historical dimensions of science, and the normative criteria at play in appraising science…. The philosophy of the social sciences, on the other hand, traditional deals with such problems as the role of understanding (Verstehen) in apprehending social phenomena, the status of rational choice theory, the role of experiments in the social sciences, the logical status of game theory, as well as whether there are genuine laws of social phenomena or rather social mechanisms to be discovered, the historicity of the social processes, etc.  (1)

Mantzavinos correctly emphasizes the importance of linking the work of philosophers on these topics to the practices of working social scientists:

Ian Jarvie and Jesus Zamora-Bonilla’s very interesting 2011 collection, The SAGE Handbook of the Philosophy of Social Sciences, is another important recent compendium in the philosophy of social science. Jarvie describes the discipline in more encompassing terms in his introduction to the volume:

Jarvie offers some interesting observations of the historical path that the discipline of the philosophy of social science has taken. He provides a perspective that is intermediate between philosophy and sociology of science; he is interested in characterizing both the intellectual influences that pushed the field and some of the institutions within which the field developed.

The field is already big enough to be fragmented. Three rough divisions would be: literatures deriving from economics and politics; from psychology and from sociology, anthropology and history. Those interested in economics lay much stress on testability, methodological individualism and rational choice. By contrast the latter group is much given to discussing causation in history and society, the nature of social wholes, problems of meaning and the social construction of reality. Psychology is an area where much of the discussion we might think of as philosophy of the social sciences is carried out in the pages of its own journals. (5)

Jarvie also provides a very interesting table of topics are they are represented in anthologies in the philosophy of social science from 1953 to 2007 (Table 1.2).

It is interesting to observe that scholars in other fields have tried to understand the history of the logic of the social sciences in quite different terms than those adopted by philosophers. George Steinmetz is a good example. He is a highly talented and innovative historical sociologist who has made very important contributions to issues about methodology and theory within sociology. (A particularly interesting journal article is “Odious Comparisons: Incommensurability, the Case Study, and ‘Small N’s’ in Sociology”; link.) Steinmetz’s 2005 collection on the influence of positivism in the social sciences, The Politics of Method in the Human Sciences: Positivism and Its Epistemological Others, is well worth considering as a sociologist’s version of the philosophy of social science anthologies considered above. And the gist of the volume and the methodologies pursued are quite different. Here is Steinmetz’s description of the purpose of the volume:

This book also offers the rudiments of a comparative historical narrative of these disciplinary developments since the beginning of the twentieth century, with an emphasis on the period beginning with World War II. Recent writing has pointed not just to the present-day conjuncture of epistemological uncertainty but also to the middle decades of the twentieth century as critical moments in the transformation of the social sciences’ deep culture. (1)

There is also a substantive final goal for the volume: to lay the conceptual space necessary to conceive of alternatives to the positivist framework for social science theorizing.

The other overarching aim of this book is to survey the landscape of alternatives to positivism in the human sciences. (2)

The volume provides a number of interesting perspectives by very talented sociologists on these topics, including especially contributions by Margaret Somers, William Sewell, Andrew Collier, Michael Burawoy, Sandra Harding, and Andrew Abbott. Each of them turns our attention a quarter-turn away from highly abstract conceptual research, to a nuanced effort to understand how ideas, institutions, and frameworks have played out in the social sciences in the past fifty years.

Here is my own statement of why the philosophy of social science is important, included in my contribution “Philosophy of Sociology” in Fritz Allhoff’s 2010 collection, Philosophies of the Sciences: A Guide:

It appears that there are important differences in the approaches to understanding the role of the philosophy of social science contained in these various passages. There is a fairly traditional “history of thought” approach, that attempts to document the way in which this sub-discipline took shape within the larger discipline of philosophy. There is a “sociology of ideas” approach that tries to link certain research traditions to a given set of research institutions and larger social priorities. And there is a philosophical approach that tries to work out what questions really are most pressing when we consider the challenges of the social sciences.

(The graphics at the top illustrate several very different ways of trying to make sense of a disparate set of related academic disciplines.)