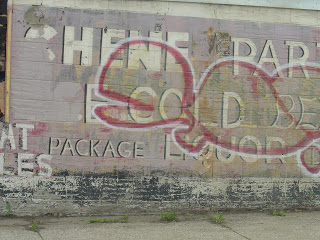 As Detroit approaches a new turn in its difficult journey over the past several decades, the imposition of an Emergency Financial Manager by the governor of Michigan (link), many people are asking a difficult question: how did we get to this point?

The features that need explanation all fall within a general theme — the decline of a once-great American city. The city’s population is now roughly 40% of its peak of almost two million residents in 1950 (link); the tax revenues for city government fall far short of what is needed to support a decent level of crucial city services; the school system is failing perhaps half of the children it serves; and poverty seems a permanent condition for a large percentage of the city. The decline is economic; it is political; it is demographic; it is fiscal; and it is of course a decline in the quality of life for the majority of the residents of the city. The poverty, unemployment, poor housing, poor health, and high crime that characterize the city must surely have an explanation.

There are several standard lines of interpretation that Michiganders offer each other — the decline of manufacturing and the auto industry; the workings of race and white flight; the uprising of 1967; ineffective and corrupt city management; and a long and debilitating contagion of rustbelt-itis in common with Cleveland, Peoria, and Gary. Each of these has a role to play in the explanation, but it is complicated to see how these factors may have intertwined in the half-century of change that led to the Detroit of 2013.

What about race and white flight? Certainly Detroit is a much more racially segregated city than it was in 1960, and this increase reflects the relocation of a substantial part of the white population to the affluent suburbs. So white flight is a fact. This racial demographic shift is often attributed to the aftermath of the 1967 uprising. But Tom Sugrue documents very convincingly that this process was already well underway by 1967. White flight predates the occurrence of the uprising by at least a decade (The Origins of the Urban Crisis: Race and Inequality in Postwar Detroit). This transformation of racial demography seems to reflect the vicious circle of urban change that characterizes several of the processes mentioned here. People care about the urban environment in which they live, and if they are unsatisfied and financially able, they will relocate to neighborhoods that provide better quality of life for them. But often their relocation leads to a slight worsening of the environment for others in the neighborhood, leading to a growing flow outward of the more affluent residents. Unfortunately in Detroit’s history (like that of many other Midwestern cities) some of those preferences have to do with the racial composition of a neighborhood, resulting in out-migration that is disproportionately white and affluent. But this process has important consequences. Sustained shifting of patterns of residence that result in increasingly impoverished neighborhoods in the central city lead to decline quality of life and declining tax revenues for the city, and another round of relocation.

Another vicious circle in Detroit concerns schooling. The funding of the Detroit Public School system depends on the enrolled student count. Each year for at least the past ten years this count has been lower than the prior year. This means a continuing fiscal crisis for the schools, and a continuing downward spiral of funding and school population. Parents perceive lower quality as a result of reduced funding; they find alternative schools for their children; and the count declines further. But crucially, the quality of schools is a key determinant of the quality of life of a city and its attractiveness as a destination for young families. So declining school quality reinforces population loss.

Another important factor is the quality of housing and neighborhoods in the city. The city has a legacy of blight and decay that is very costly to deal with. The precipitous decline of population has left large parts of the city very sparsely populated, with a high number of abandoned buildings and vacant lots. This low density residential pattern makes it costly to deliver basic urban services like police, fire, sanitation, and infrastructure maintenance. So in addition to a declining tax base, the city has to deal with the challenge that its urban geography implies that services will cost more per capita than they do in more densely populated cities.

So what about the creation of new jobs as a way of combatting these downward spirals? Employers need a well educated workforce. Detroit’s ability to educate its children and young adults is impaired; rates of basic literacy are low; and therefore it is difficult to persuade employers to establish new activities in the city. So it is predicable that job growth in the city will be slow.

Finally, what about waste, mismanagement, and fraud in city government? Is this a primary cause of Detroit’s decline? Certainly there are examples of each of these problems in Detroit’s history. The current trial of former mayor Kwame Kilpatrick lifts the veil from some of these practices. But the current mayor’s administration has a good reputation, and it hasn’t been possible for the city to make progress on its fiscal crisis during his administration either. Bringing the volume of waste, mismanagement, and fraud down to “normal” levels won’t solve the city’s fiscal crisis.

If I had to single out a single fact out of this complicated story as the most important factor that led to these toxic changes, I would identify the mechanisms of racial residential segregation that Detroit has embodied for almost a century. For decades Eight Mile represented a key racial division in the city, and a plethora of mechanisms of exclusion conspired to maintain this division. If the city could have settled into a racially and economically mixed pattern of residence in the 1940s, much of this story would have been different. Population exit would not have reached crisis proportions; businesses would have been less likely to relocate out of the city; and a schooling system that was very successful in the 1950s could have maintained its effectiveness. This implies that Detroit is victim to the continuing tragedy of America’s inability to heal its racial divisions and antagonisms. Doug Massey and Nancy Denton got it right in their important book, American Apartheid: Segregation and the Making of the Underclass:

Segregation increases the susceptibility of neighborhoods to these spirals of decline. During periods of economic dislocation, a rising concentration of black poverty is associated with the simultaneous concentration of other negative social and economic conditions. Given the high levels of racial segregation characteristic of American urban areas, increases in black poverty such as those observed during the 1970s can only lead to a concentration of housing abandonment, crime, and social disorder, pushing poor black neighborhoods beyond the threshold of stability. (13)

So how can Detroit imagine reversing this downward spiral? It’s easy to say, though not easy to implement. If Detroit could improve its ability to provide decent, effective education for its children through graduation from high school, and if it could create a process through which tens of thousands of new jobs were created for young people every year, then much of the rest of the picture would change as well. Detroit’s young people need education and opportunity; with these assets, they can make their city sing again.