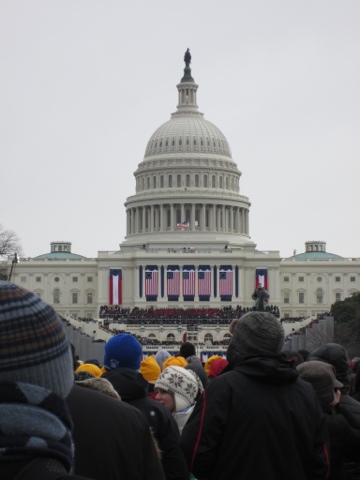 How can we design practical, effective, and fair institutions for making the basic decisions that are needed within a democratic government? This is, of course, one of the oldest questions in democratic theory; but it is also a recent concern of Jon Elster’s. Under this rubric we can investigate, for example, the ways a legislature sets its agenda and votes or the ways constitutional principles function to secure citizens’ rights. Fundamentally we want to create institutions that reach good outcomes through a set of decision-making processes that minimize the workings of bias, self serving, and special interests.
Elster takes up these sorts of considerations in Securities Against Misrule: Juries, Assemblies, Elections. Here Elster concentrates on themes expressed by Jeremy Bentham, a philosopher whom Elster regards as being badly underrated. One part of Elster’s goal here is to recapture some of these overlooked insights. But he also wants to contribute to the substantive issue: what features of institutional design increase the likelihood of political outcomes that largely confirm to the best interests of society (whatever those are)?

Elster’s treatment of Bentham is focused on a small number of theoretical issues in public decision theory. Bentham’s core goal was to work out some features of institutional design that would make corruption and misuse of power least likely in an electroral democracy. “In Bentham’s view, the object of institutional design is security against misrule, or the prevention of mischief—the removal of obstacles that will thwart the realization of the greatest good for the greatest number” (1).

Elster endeavors to explicate Bentham’s ideas on this topic; but he is also interested in forwarding the argument in his own terms. “My purpose is to consider procedural accounts of good institutional design” (5). And further: “I shall be concerned with removing — or blocking the effect of — known obstacles to good decision making” (17). So we can look at this book as being both a contribution to the history of thought and a substantive, rigorous contribution to contemporary debates about institutional design.

The obstacles that interfere with “good decision making” in the area of public choice are numerous: bad sheep in the process (domineering individuals or spoilers; 18); the effects of strategic behavior by participants; cyclical voting outcomes (Arrow paradox); dictatorship (institutional arrangements that permit one actor to determine the outcome); sensitivity of the collective outcome to the order of the agenda; procedural indeterminacy; power differentials; capture of the process by special interests; deadlock through requirements of super majorities; and information asymmetries among participants.

One family of mechanisms that Elster considers in some detail involve ignorance, secrecy, and publicity (chapter 2). Consider an example. Suppose a hospital aims to increase patient health and reduce costs by pre-selecting preferred medications for a small group of diagnoses. And suppose it assigns this task to a formal committee of physicians and other health professionals. The rules that define membership, deliberation, and decision-making of this committee need to be established. The desiderata for the functioning of the committee are clear. We want members to deliberate impersonally and neutrally, and to favor or disfavor candidate medications based on efficacy and cost. It will help to prevent bias if we block committee members from having knowledge of how the choice of X or Y will influence their own incomes. And publicity about the questions being referred to the committee and the resolutions those questions have received can also induce more neutral behavior by committee members to decide the issue on the basis of objective costs and benefits (rather than private self-interest). This is the purpose of “sunshine laws” about public deliberations and contracts.
Elster looks in detail at alternative designs that have been implemented in the use of jury trials to assess guilt or innocence (chapter 2). How are jurors selected? What information is provided to the jury, and what information is withheld? Are the identities of jurors known to defendants? Choices that are made in each of these design areas are pertinent to a variety of sources of distortion of outcome: racial bias, self interest on the part of the juror, or intimidation of the jury by confederates of the defendant.
The fundamental point that Elster takes from Bentham is that institutions should not be considered in terms of their ideal functioning, but in terms of how they will function when populated by ordinary people subject to a range of bad motivations (self-interest, prejudice, bias in favor of certain groups, …). This is the point of “security against misrule” — to find mechanisms that obviate the workings of venality, bias, and self-interest on the part of the participants. In a sense, this is a return to problems of imperfect rationality that interested Elster early in his career; but this time these problems are raised in the context of collective rationality.