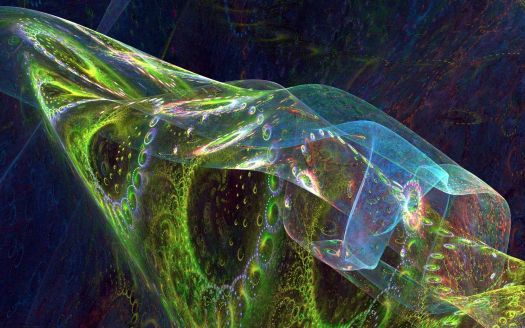 Critical realism has become an important topic within sociological theory, and several prior (and upcoming) posts have addressed the theory. As a point of reference for this ongoing discussion, consider a few key statements by Roy Bhaskar about transcendental [critical] realism in A Realist Theory of Science. Here is a simple and clear definition of Bhaskar’s theory of realism:

The third position, which is advanced here, may be characterized as transcendental realism. It regards the objects of knowledge as the structures and mechanisms that generate phenomena; and the knowledge as produced in the social activity of science. These objects are neither phenomena (empiricism) nor human constructs imposed upon the phenomena (idealism), but real structures which endure and operate independently of our knowledge, our experience and the conditions which allow us access to them. Against empiricism, the objects of knowledge are structures, not events; against idealism, they are intransitive (in the sense defined). (p. 15)

And here is Bhaskar’s statement of how he views the cognitive status of the theory of transcendental realism:

This passage makes it clear that Bhaskar believes the statements of ontology are philosophical statements, and they are established with a kind of necessity that differentiates them from ordinary empirical statements. This indicates Bhaskar’s adherence to a philosophical method of discovery, inquiry, and justification.

Here is an example of Bhaskar’s transcendental reasoning, applied to the analysis of experimentation.

Essentially Bhaskar is making a classic Kantian move here: he is arguing that we cannot make intellectual sense of a scientist’s use of experiment without presupposing that there are underlying objects and causal laws governing them which are the subject of the experiment. The phrase in italics identifies the necessary presupposition of the experiment: the presence of objective, theory-independent causal laws governing the objects of the experiment. And, as the subsequent sentence in the text makes clear, the causal laws in question are of a different ontological order than the events that manifest them. Here is how Derk Pereboom summarizes Kant’s transcendental argument against Hume in his contribution to the Stanford Encyclopedia of Philosophy (link):

In the Metaphysical Deduction (A66–83, B92–116) Kant intends to derive the categories [including causation] from the specific modes or forms of any human thought about the world, the logical forms of judgment. The Metaphysical Deduction has an essential role to play in the Transcendental Deduction, and we will discuss this argument at an appropriate juncture (when we reach §19 of the B-Deduction).

It is evident that Bhaskar’s style of argument here parallels that of Kant. However, Kant’s transcendental method is not in fact satisfactory. We have the example of non-Euclidean geometries to provide a reminder that Kant’s reasoning fails. Kant used the same kind of transcendental argument from the possibility of experience to arrive at the conclusion that space is necessarily Euclidean, but the discoveries of the consistency of non-Euclidean geometry (and the physical geometry of general relativity theory) show that this conclusion is incorrect. This example reminds us that transcendental reasoning is not truth-preserving; we can proceed from a transcendental argument to a false conclusion.

Now back to Bhaskar and the transcendental conclusion that he draws from the argument concerning experimentation:

The intelligibility of experimental activity presupposes then the intransitive and structured character of the objects of scientific knowledge, at least in so far as these are causal laws. And this presupposes in turn the possibility of a non-human world, i.e. causal laws without invariances and experiences, and in particular of a non-empirical world, i.e. causal laws and events without experiences; and the possibility of open systems, i.e. causal laws out of phase with patterns of events and experiences, and more generally of epistemically insignificant experiences, i.e. experiences out of phase with events and/or causal laws. In saying that the objects of scientific discovery and investigation are ‘intransitive’ I mean to indicate therefore that they exist independently of all human activity; and in saying that they are ‘structured’ that they are distinct from the patterns of events that occur. The causal laws of nature are not empirical statements, i.e. statements about experiences; nor are they statements about events; nor are they synthetic a priori statements. (pp. 25-26)

So here Bhaskar pulls the rabbit from the hat: he argues that we can conclude that we must presuppose intransitive and structured objects subject to causal laws if we are to make sense of the intelligibility of experimentation. Here he repeats the finding:

In §3 I argued that only if causal laws are not the patterns of events that enable us to identify them can the intelligibility of experimental activity be sustained. But causal laws are, or have seemed to philosophers to be, pretty mysterious entities. What can it mean to say that they have a real basis independent of events? The answer to this question will be seen to necessitate the development of a non-anthropocentric ontology of structures, generative mechanisms and active things. (p. 35)

The world consists of things, not events. Most things are complex objects, in virtue of which they possess an ensemble of tendencies, liabilities and powers. It is by reference to the exercise of their tendencies, liabilities and powers that the phenomena of the world are explained. Such continuing activity is in turn referred back for explanation to the essential nature of things. On this conception of science it is concerned essentially with what kinds of things they are and with what they tend to do; it is only derivatively concerned with predicting what is actually going to happen. It is only rarely, and normally under conditions which are artificially produced and controlled, that scientists can do the latter. And, when they do, its significance lies precisely in the light that it casts on the enduring natures and ways of acting of independently existing and transfactually active things. (p. 41)

So things (objects) possess powers, and we explain the behavior of objects (and ensembles) as a consequence of the operation of their powers. And powers and causal laws are linked; powers generate laws:

There is nothing esoteric or mysterious about the concept of the generative mechanisms of nature, which provide the real basis of causal laws. For a generative mechanism is nothing other than a way of acting of a thing. It endures, and under appropriate circumstances is exercised, as long as the properties that account for it persist. Laws then are neither empirical statements (statements about experiences) nor statements about events. Rather they are statements about the ways of acting of independently existing and transfactually active things. (pp. 41-42)

These statements and assumptions by Bhaskar illustrate a fairly clear philosophical methodology. It is a method that derives from Kant’s transcendental metaphysics. And Bhaskar seems to be confident in arriving at definite and assertoric conclusions based on this method. Ontology is not an empirical discipline, according to Bhaskar; instead, it is a philosophical reflection on the preconditions of science, and it is grounded in philosophical arguments rather than empirical, scientific, or experimental arguments.

This implies that Bhaskar adheres to the idea that there are at least two kinds of knowledge that we can be interested in — philosophical and empirical-scientific. He therefore plainly rejects the coherentist and general scientific view (espoused by W.V.O. Quine and the pragmatists) that all defensible beliefs are eventually empirical, whether more directly connected to experience or more distantly so.

This feature of Bhaskar’s method lays him open to the kind of criticism that is offered by Justin Cruickshank and others.