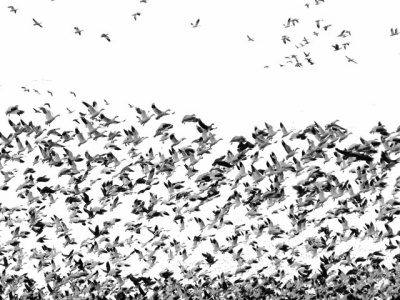 The philosophy of social science is a living field with several distinct areas of growth and dozens of talented young contributors bringing fresh ideas and rigorous thinking. (Here are a number of earlier posts documenting this activity; link, link, link, link.) It sometimes happens in a field of philosophy that a period of involution sets in, with ever more refined discussion of ever smaller questions. That problem is certainly not on the horizon for the philosophy of social science, and especially not in the circle of European philosophers. (See this call for papers for the annual meeting of the European Network for the Philosophy of the Social Sciences in Madrid; link.)

There is a traditional lineup of topics that has guided courses and books in the philosophy of social science. But a shorter list of topics have generated a great deal of debate and discussion in the field today. Here is a sketch:

In each of these areas there are well defined debates underway, and in some cases there are interesting cross-references across these areas of theorizing. If we were drawing a graph of these debates, we might consider several major poles — analytical sociology, critical realism, and ANT — and arrange the other topics according to their interconnectedness with the claims of one or the other of these poles. 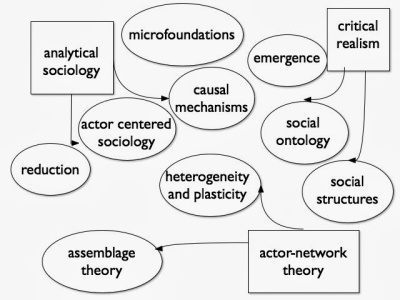 There are also some longstanding topics that seem poised for new thinking:

Take justification: it seems plausible to think that social science hypotheses can be investigated piece-meal, rather than as parts of holistic theoretical systems. The “theory” of social class is more like an ensemble of descriptive assertions about power and privilege than it is like the theory of gravity. But if this is true, then the standard philosophical idea of deductive-nomological confirmation theory is not so relevant to the social sciences. Or take explanation: the standard philosophical theory of hypothetico-deductive explanation has come in for a withering amount of criticism in the past fifty years. And now non-deductivist theories of explanation are being constructed to good effect (link).

Philosophers usually have a different way of approaching topics in the sciences than working scientists, even when they follow the advice that the philosophy of science needs to be closely intertwined with existing scientific research practices. We tend to find a topic interesting because of the complexities it poses in terms of the assumptions and proto-theories we bring to understanding the external world — whether or not that topic is directly relevant to current research. We want to formulate general questions and then propose logical answers to them: What is a rational actor? What is a social structure? Do social structures have causal powers? Can facts about social objects be grounded in facts about individual actors? And it appears fairly clear that these questions fall at a higher level of generality than the questions posed by working sociologists or political scientists. So the philosophy of social science is somewhat different from even the more abstract reaches of sociological theory.

At the same time, we hope that the thinking we do at this more general level has some relevance for the formulation of theories, hypotheses, and explanations in the social sciences.