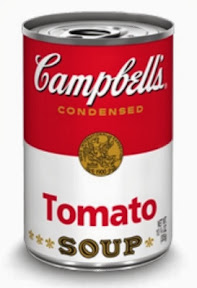 What does Actor-Network Theory have to add to the kinds of issues in the foundations of the social sciences that are of interest here?

ANT is primarily associated with Bruno Latour (Reassembling the Social: An Introduction to Actor-Network-Theory, Laboratory Life: The Construction of Scientific Facts), John Law, and Manuel DeLanda (A New Philosophy of Society: Assemblage Theory and Social Complexity), deriving ultimately from philosophical ideas expressed by Gilles Deleuze. The idea of assemblage is the key construct that I’ve found appealing in this general field (link, link). This concept originates in skepticism about the validity of large social concepts like “society”. In place of an ontology that postulates fixed social entities and contexts, ANT puts forward the concept of assemblage to capture social stuff at every level.

Here is Latour describing the alternative approach he favors:

The other approach does not take for granted the basic tenet of the first. It claims that there is nothing specific to social order; that there is no social dimension of any sort, no ‘social context’, no distinct do-main of reality to which the label ‘social’ or ‘society’ could be attrib-uted; that no ‘social force’ is available to ‘explain’ the residual features other domains cannot account for…. (RS 4)

Whereas, in the first approach, every activity—law, science, technology, religion, organization, politics, management, etc.—could be related to and explained by the same social aggregates behind all of them, in the second version of sociology there exists nothing behind those activities even though they might be linked in a way that does produce a society—or doesn’t produce one. (RS 8)

And here is DeLanda’s effort at providing a simple preliminary description of assemblage:

The concept of assemblage is defined along two dimensions. One dimension or axis defines the variable roles which an assemblage’s components may play, from a purely material role at one extreme of the axis, to a purely expressive role at the other extreme…. The other dimension defines variable processes in which these components become involved and that either stabilize the identity of an assemblage, by increasing its degree of internal homogeneity or the degree of sharpness of its boundaries, or destabilize it. …

The components of social assemblages playing a material role vary widely, but at the very least involve a set of human bodies properly oriented (physically or psychologically) towards each other…. Illustrating the components playing an expressive role needs some elaboration because in assemblage theory expressively cannot be reduced to language and symbols. (NPS 12)

But of course there is more to ANT than assemblage theory. Latour organizes Reassembling the Social around five puzzles for the social sciences: the nature of groups, the nature of actions, the nature of objects, the nature of facts, and the nature of “social studies.” In each case Latour argues that there are major uncertainties and unsolved questions concerning the specification of these various “things”. And he argues for a long, slow process of discovery rather than an over-quick glossing of the meaning of these concepts.

ANT prefers to travel slowly, on small roads, on foot, nod by paying the full cost of any displacement out of its own pocket…. The task of defining and ordering the social should be left to the actors themselves, not taken up by the analyst. (23)

The most esoteric thread within ANT is the idea that “actors” are found at every level of analysis, from a protein to a world trading system, and that there is no reason to privilege one level over the other. This is an idea that traces back to Deleuze. Actors — whether intentional, organic, or mechanical — interact in heterogeneous sets of relationships (networks), giving rise to novel properties and behaviors. DeLanda moderates the idea to some extent in NPS:

Although Deleuze considers all entities, even nonbiological and non social ones, as being capable of expressions he argues that the historical appearance of these specialized entities allowed a great complexification of the kinds of wholes that could be assembled in this planet. (14)

An important thread within ANT is the contribution that Latour has made to science and technology studies (Laboratory Life). This amounts to a sustained case for the social construction of knowledge. The approach depends on a methodological principle worth acknowledging — the importance of recognizing knowledge activities as socially constructed and carried out. Much as Thomas Kuhn revolutionized the philosophy of science by insisting on the social and historical specificity of the laboratory and the research tradition, so STS studies and Latour have demonstrated the value of examining scientific practices in detail. Unavoidably a concern for epistemology needs to be coupled with attention to the concrete social practices through which knowledge is created, and STS provides numerous good examples of how to do this. This is the social constructivist thread of ANT.

Another important theme in ANT is the conjunction its theorists forge between material and semiotic social facts. Latour and DeLanda emphasize the importance of this conjunction repeatedly: the social is an inextricable mixture of structuring circumstances and meanings. This is expressed in the passage from DeLanda quoted above.

So which among these ideas makes a useful contribution to the philosophy of social science as understood here?

The social constructionist approach to the social sciences is important for the philosophy of social science. Philosophers are often interested in the rationality of science — including the social sciences — and may be suspicious of the claims of the social constructionists. But there is a core pragmatism in the constructionist approach: scientific theories and research strategies are human projects, undertaken within specific sets of constraints and opportunities. And it is important to be able to investigate the contingent processes through which scientific ideas and findings come about. This doesn’t mean that scientific beliefs are groundless or rationally unsupported. But it does mean that scientific research is a sociological process, and one that demands investigation. The new sociology of ideas advocated by Neil Gross and Charles Camic illustrates a way of doing this that allows for both contingency and rationality (link).

The skepticism that Latour and other ANT scholars offer for the grand concepts of sociology is also helpful for PSS. The error of reification is an all-too-easy one to make, where we make use of an abstract noun (e.g. social class) and then assume that there is some reality lying behind it. So Latour’s critique of “society” and “social context” is an important contribution that needs to be addressed.

Corresponding to this skepticism about “society”, the ontological concept of assemblage is a useful contribution as well. ANT and assemblage theory suggest a profoundly different way of thinking about the social, and these alternative ideas may in fact turn out to be better suited to the fluid, plastic, and heterogeneous world of the social.

What is completely absent in ANT is a positive conception of explanation and of causation. In fact, Latour is explicitly unreceptive to the ambition of offering social explanations: “This proves again with what energy the notion of social explanation should be fought” (RS 86). He recalls his ethnographic experience in Roger Guillemin’s laboratory in these terms: “No experience was more striking than what I saw with my own eyes: the social explanation had vanished into thin air” (RS 99). And later: “As we will see later on, our job as social scientists is to generate hard facts and passionate objectors that resist social explanations. In effect, sociologists have always studied up” (RS 101). Finally:

However, we worry that by sticking to description there may be something missing, since we have not ‘added to it’ something else that is often call an ‘explanation’. And yet the opposition between description and explanation is another of these false dichotomies that should be put to rest—especially when it is ‘social explanations’ that are to be wheeled out of their retirement home. (137)

So perhaps the ingredients that would be listed on this can of soup would read something like this:

And this suggests ample reason to add consideration of ANT to the menu for the philosophy of social science, at least as a condiment if not the main course.