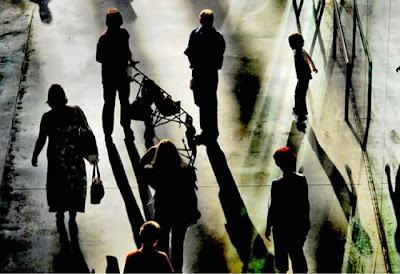 It is a fair question to ask, whether the concept of emergence is perhaps less important than it initially appears to be. Part of the interest in emergence seems to derive from the impulse by sociologists and philosophers to try to show that there is a legitimate level of the world that is “social”, and to reject the more extreme versions of reductionism.

Social scientists have a few concrete and important interests in this set of issues. One is a concern for the autonomy of the social science disciplines. Is there a domain of the social that warrants scientific study? Or can we make do with really good microeconomic theories, agent-based modeling techniques, and a dollop of social psychology, and do without strong theories of the causal powers of social entities?

Another concern is apparently related, but on the ontology side of the story: are there social entities that can be studied for their empirical and causal characteristics independently from the individual activities that make them up? Do social entities really exist? Or are there compelling reasons to conclude that social entities are too fluid and plastic to admit of possessing stable empirical properties?

It seems to me that these concerns can be fully satisfied without appealing to a strong conception of emergence. We have perfectly good concepts that individuate entities at a social level, and we have fairly ordinary but compelling reasons for believing that these sorts of things are causally active in the world. But perhaps we can frame some simple ideas about the social world that will allow us to be more relaxed about whether these properties can be reduced to or explained by facts about actors (methodological individualism), or derived from facts about actors, or are instead strongly independent from the level of actors upon which they rest.

Consider the following background propositions about the social world. These are not trivial assumptions, but it would appear that a broad range of social thinkers would accept them, from enlightened analytical sociologists to many critical realists.

These assumptions would serve to establish quite a bit of autonomy for social science investigation and explanation, without requiring us to debate whether social entities are nonetheless emergent. And the ontologically cautious among us may be more comfortable with these limited and reasonably clear assumptions than they are with an open-ended concept of emergent phenomena and properties. Assumption 6 suggests that it is not feasible (and likely will never be) to deduce social patterns from individual-level facts. Assumptions 3 and 4 establish that social properties are “autonomous” from individual-level facts. Assumptions 1 and 2 establish the ontological foundation of social entities — the socially constituted individuals whose thoughts and actions constitute them. And assumption 5 establishes that the causal powers of social entities are in fact important and autonomous from facts about individuals, in the very important respect that higher-level properties play a causal role in the constitution of lower-level entities (individuals). This assumption is reflected in assumption 2 as well.

So perhaps we might conclude that not much turns on whether social properties and powers are emergent or not. Instead, we might be better advised to try to capture the issues in this area in different terms. And the alternative that I favor is the idea of relative explanatory autonomy (link). The six core assumptions mentioned above serve to capture the heart of this approach.