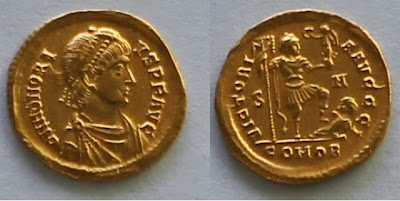 There is a lot going on in America and the world today: climate change, increasing separation between the rich and the non-rich, entrenched poverty in cities, continuing effects of racism in American life, and a rising level of political extremism in this country and elsewhere, for starters. Add to this politico-military instability in Europe, continuing social conflict over austerity in many countries, and a rising number of extreme-right movements in a number of countries, and you have a pretty grim set of indications of what tomorrow may look like for our children and grandchildren.

How should we think about what our country will look like in twenty or thirty years? And how can we find ways of acting today that make the prospects for tomorrow as good as they can be?

This is partly a problem for politicians and legislators. But it is also a problem for social scientists and historians, because the limits of our ability to predict the future are as narrow as they have ever been. (I wonder if the good citizens of Rome in the year 400 had any notion that Alaric was coming and that their way of life was already about to change?) The pace of change in the contemporary world is rapid, but even more, the magnitude of the changes we face is unprecedented. Will climate change and severe weather continue to worsen? Will the extreme right gain even more influence in determining American law and policy? Will economic crises of the magnitude of the 2008 recession recur with even more disastrous consequences? Will war and terrorism become even harsher realities in the coming decades with loose nukes and biological weapons in the hands of ruthless fanatics?

All these catastrophes are possible. So how should intelligent democracies attempt to avoid them? One possible approach is to attempt to design our way out of each of those pathways to catastrophe: create better arms control regimes, improve intelligence abilities against threats of terrorism, reach effective climate agreements, try to guide the economy away from meltdowns, create better protections for rights of participation so narrow minorities can’t enact restrictions on basic health rights. In other words, engage in piecemeal engineering to solve the problems we face. And it goes without saying that we need to do as much of this as we can do. But it is probably not enough.

Another approach is the one advocated by Charles Perrow in The Next Catastrophe: acknowledge that we cannot anticipate, let alone solve, all these problems, and design for soft landings when harm comes knocking at our door. Risky processes (chemical plants, railways, LNG storage facilities) will inevitably fail once in a while; how can we design them and the system in which they operate so as to minimize the damage that occurs when they do? Perrow takes the example of increasingly severe hurricanes and flooding and their potential for decimating coastal communities, and he argues that the protective strategy isn’t likely to succeed. A better strategy is to reduce population density around the highest risk locations, in order to reduce the impact of disasters that are ultimately impossible to prevent.

This approach would require quite a bit of change to very basic parts of our contemporary order: decentralize infrastructures like energy, information, and transportation; reduce our reliance on global-scale food systems by encouraging more local production; reduce population density where we can. These kinds of changes would make for a substantially safer world — less concentrated risk, fewer tightly linked systems to go wrong. But achieving changes like these seems almost impossible because these outcomes are not likely to be the result of the uncoordinated actions of independent decision-makers. Rather, the state would need to legislate these kinds of outcomes, and it is hard to see how they might come about through normal electoral processes.

So we seem to be a little bit in the situation of myopic actors climbing Mount Improbable: our choices are likely to strand us in isolated local maxima, making it impossible for us to reach feasible outcomes on a more distant hilltop. And because of limitations on our ability to project future social outcomes, we often can’t even see the alternative hilltops through the fog. Somehow we need to get to a more resilient form of risk assessment and planning that doesn’t make excessive assumptions about our ability to foresee the near future.