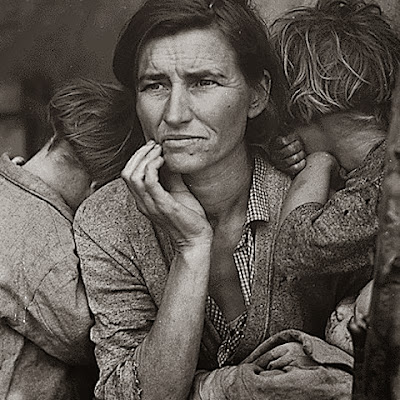 We would like to think that it is possible for a society to embody basic institutions that work to preserve and enhance the wellbeing of all members of society in a fair way. We want social institutions to be beneficent (producing good outcomes for everyone), and we want them to be fair (treating all individuals and groups with equal consideration; creating comparable opportunities for everyone).  There is a particularly fundamental component of liberal optimism that holds that the institutions of a market-based democracy accomplish both goals.  Economic liberals maintain that the economic institutions of the market create efficient allocations of resources across activities, permitting the highest level of average wellbeing. Free public education permits all persons to develop their talents. And the political institutions of electoral democracy permit all groups to express and defend their interests in the arena of government and law.

But social critics cast doubt on all parts of this story, based on the role played by social inequalities within both sets of institutions. The market embodies and reproduces a set of economic inequalities that result in grave inequalities of wellbeing for different groups. Economic and social inequalities influence the quality of education available to young people. And electoral democracy permits the grossly disproportionate influence of wealth holders relative to other groups in society.  So instead of reducing inequalities among citizens, these basic institutions seem to amplify them.

If we look at the fundamentals of social life in the United States we are forced to recognize a number of unpalatable realities: extensive and increasing inequalities of income, wealth, education, health, and quality of life; persistent racial inequalities; a growing indifference among the affluent and powerful to the poverty and deprivation of others; and a political system that is rapidly approaching the asymptote of oligarchy. It is difficult to be optimistic about our political future if we are particularly concerned about equality and opportunity for all; the politics of our time seem to be taking us further and further from these ideals.

So how should progressives think about a better future for our country and our world? What institutional arrangements might do a better job of ensuring greater economic justice and political legitimacy in the next fifty years in this country and other democracies of western Europe and North America?

Martin O’Neill and Thad Williamson’s recent collection, Property-Owning Democracy: Rawls and Beyond contains an excellent range of reflections on this set of problems, centered around the idea of a property-owning democracy that is articulated within John Rawls’s A Theory of Justice. A range of talented contributors provide essays on different aspects and implications of the theory of property-owning democracy. The contributions by O’Neill and Williamson are especially good, and the volume is a major contribution to political theory for the 21st century.

Here is one of Rawls’s early statements of the idea of a property-owning democracy in A Theory of Justice:

In property-owning democracy, … the aim is to realize in the basic institutions the idea of society as a fair system of cooperation between citizens regarded as free and equal.  To do this, those institutions must, from the outset, put in the hands of citizens generally, and not only of a few, sufficient productive means for them to be fully cooperating members of society on a footing of equality. (140)

One thing that is striking about the discussions that recur throughout the essays in this volume is the important relationship they seem to have to Thomas Piketty’s arguments about rising inequalities in Capital in the Twenty-First Century. Piketty presents rising inequality as almost unavoidable; whereas the advocates for a property-owning democracy offer a vision of the future in which inequalities of assets are narrowed. The dissonance disappears, however, when we consider the possibility that the institutional arrangements of POD are in fact a powerful antidote to the economic imperatives identified by Piketty. And in fact the editors anticipate this possibility in their paraphrase of Rawls’s reasons for preferring POD over welfare state capitalism:

Because capital is concentrated in private hands under welfare state capitalism, it will be difficult if not impossible to provide to call “the fair value of the political liberties”; that is to say, capitalist interests and the rich will have vastly more influence over the political process than other citizens, a condition which violates the requirement of equal political liberties. Second, Rawls suggests at points that welfare state capitalism produces a politics that tends to undermine the possibility of tax transfers sufficiently large to correct for the inequalities generated by market processes.(3)

These comments suggest that Rawls had an astute understanding of the ways that wealth and power and influence are connected; so he believed that a more equal prior distribution of assets is crucial for a just society.

The primary aim of this public activity is not to maximize economic growth (or to maximize utility) but rather to ensure that capital is widely distributed and that no group is allowed to dominate economic life; but Rawls also assumes that the economy needs to be successful in terms of conventional measures (i.e., by providing full employment, and lifting the living standards of the least well off over time). (4)

The editors make a point that is very incisive with respect to rising economic inequalities.

The concentration of capital and the emergence of finance as a driving sector of capitalism has generated not only instability and crisis; it also has led to extraordinary political power for private financial interests, with banking interest taking control in shaping not only policies immediately affecting that sector but economic (and thereby social) policy in general. (6)

In other words, attention to the idea of a property-owning democracy is in fact a very substantive rebuttal to the processes identified in Piketty’s analysis of the tendencies of capital in the modern economy. As the editors put the point, the idea of a property-owning democracy provides a rich basis for the political programs of progressive movements in contemporary politics (5).

Two questions arise with respect to any political philosophy: is the end-state that it describes a genuinely desirable outcome; and is there a feasible path by which we can get from here to there? One might argue that POD is an appealing end-state; and yet it is an outcome that is virtually impossible to achieve within modern political and economic institutions. (Here is an earlier discussion of this idea; link.) These contributors give at least a moderate level of reason to believe that a progressive foundation for democratic action is available that may provide an effective counterweight to the conservative rhetoric that has dominated the scene for decades.