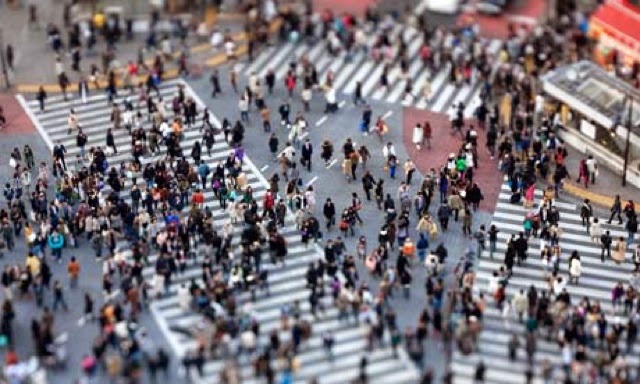 Many of the examples of mechanisms that we turn to in the social sciences are purposive, agental, and designed. But there is a fundamental feature of the natural world that seems to have relevance to the social world as well that is distinctly non-purposive — the workings of entropy. The second law of thermodynamics holds that the overall entropy (disorder) of the universe increases, and it requires an input of energy to maintain local structure against disorder. The discovery of Brownian motion was the impetus to this fundamental insight into the natural world: random, stochastic forces constantly interact with all levels of physical systems, leading to unpredictable disturbances and gradual decay of orderly structures (link).

This basic fact about the natural world seems applicable to the social world as well. In place of the heat-induced motions of particles in a solution we have the fact of multitudes of individuals choosing to act in a variety of ways, impinging on the social structures and rules that surround them. These “bumps” lead to local changes, and sometimes these changes accumulate to a process of drift in the structures upon which they impinge. A small group of racists begin demonstrating their beliefs in a small Kansas town, and somehow they manage to disrupt the prior racial harmony. This is an example of path dependency. And it is an example of how small random events can have large outcomes.

So are there features of social process that we might refer to as entropic mechanisms?

It would seem that there are. Take the idea of “the fog of war.” The basic idea here is that generals like to think of the conduct of war as a purposive, intelligent marshaling of forces to secure clear goals against the adversary. But those who highlight the fog of war emphasize two fundamental facts: it is difficult to collect information during war, and it is difficult to mount coherent focused action in these circumstances. Warfare is a complex activity involving hundreds of leaders, thousands of combatants, scores of unforeseen circumstances, and a practical inability to gather accurate information rapidly enough to control one’s forces effectively. The fog of war impedes control in both directions. It makes intelligence gathering difficult, but it also makes the direction of force and tactics difficult as well. By the time French generals in the Franco-Prussian War realized they needed to concentrate forces in Sedan, the disorder in the rail system made it impossible to do so (link).

Or take another basic idea of thermodynamics, the fact of friction. Friction is the interaction between an object and its environment that causes it to lose energy, momentum, and direction. The hockey puck on ice follows the course predicted by classical mechanics from stick to goal. But the same puck when slapped on asphalt or grass pursues a dramatically different course. It slows rapidly to a stop.

Friction can be thought of as a countervailing force. But more generally, it is an expression of the world’s stickiness in response to change. Systems rarely perform exactly as pure theory would predict (classical mechanics or rational choice theory). And this is true in the social world as well. Take a large agency like the Veterans Administration. Top executives may declare that long waiting lists for seriously ill veterans are no longer acceptable, and they may put in place a set of institutional reforms designed to reduce the average wait. Six months later we may examine the system as a whole and find that some hospitals have quickly implemented the reforms; others have attempted to do so but have failed; and yet others have not taken any action. How can we explain this mix of outcomes? The facts of friction and delay in the system are key factors. Transmission of commands and reforms through an institutional system is always a partial affair, and an unavoidable interference with intention that is a combination of organizational rigidity, resistance, and imperfect communication is the result.

Or take the decline of a religious or ideological movement as a third example. Maintaining a high level of passionate commitment to the movement’s ideas and values takes the expenditure of organizational resources. Individual followers have a range of other motivations that compete with their ideological fervor. And this is particularly true when there is a cost associated with activism. So we should expect a gradual decay of activist mobilization unless there is a powerful countervailing force — effective grassroots mobilization efforts that keeps the faithful fired up.

Each of these seem to be recognizable social tendencies or processes that have a lot in common with entropy in physical systems. Stochastic events, friction, and loss of focused energy are all familiar in the social world. And these factors have a distinct flavor of thermodynamics.

(I’ve really posed two questions here: is there such a thing as social entropy? And are some features of entropy reasonably classified as mechanisms? It is possible that the examples I’ve mentioned here do in fact succeed in identifying entropic features of the social world but do not identify entropic mechanisms.)