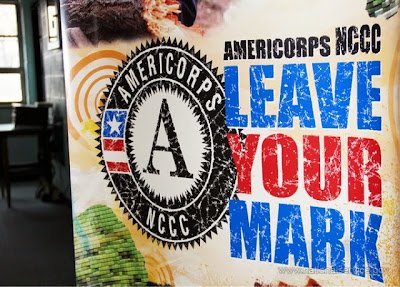 There are quite a few investments in social programs that would have spectacular return on investment, but that in fact remain unfunded or underfunded. I am thinking here of things like broadened preschool programs, enhanced dropout prevention programs, regional economic development efforts, and prison re-entry programs. Why are these spectacular opportunities so dramatically under-exploited in the United States and other nations?

One line of answer derives from a public choice perspective: the gains that follow from the investment represent public goods, and public goods are typically under-provided. But that doesn’t really answer the question, because it is governments that are underinvesting, not uncoordinated groups of independent agents. And governments are supposed to make investments to promote the public good.

Another plausible answer is that the citizens who are primarily served by most of the examples provided above are poor and disenfranchised; so the fact that they would benefit from the program doesn’t motivate the politically powerful to adopt the policy.

There is also a powerful influence of political ideology at work here. Conservative ideas about what a good society looks like, how social change occurs, and the role of government all militate against substantial public investment in programs and activities like those mentioned above. These conservative political beliefs are undergirded by a white-hot activism against taxes that makes it all but impossible to gain support in legislative bodies for programs like these — no matter what the return on investment is.

Failure to achieve these kinds of social gains through public investment might seem like a very basic element of injustice within our society. But it also looks like strong evidence of system failure: the political and economic system fail to bring about as much public good as is possible in the circumstances. The polity is stuck somewhere on the low shoulders of the climb towards maximum public benefit for minimum overall investment. It is analogous to the situation in private economic space where there are substantial obstacles to the flow of investment, leaving substantial possible sources of gain untapped. It is s situation of massive collective inefficiency, quite the contrary of Adam Smith’s view of the happy outcomes of the hidden hand and the market mechanism.

This last point brings us back to the public goods aspect of the problem. A legislature that designs a policy or program aimed at capturing the gains mentioned here may succeed in its goal and yet find that the gains accrue to someone else — the public at large or another political party. The gains are separated from the investment, leaving the investment entity with no rational incentive to make the investment after all.

Some policy leaders have recognized this systemic problem and have turned to an innovative possible solution, social impact bonds (link). Here is how the Center for American Progress explains this idea.

A social impact bond, or SIB, is an innovative financial tool that enables government agencies to pay for programs that deliver results. In a SIB agreement, the government sets a specific, measurable outcome that it wants achieved in a population and promises to pay an external organization—sometimes called an intermediary—if and only if the organization accomplishes the outcome. SIBs are one example of what the Obama administration calls “Pay for Success” financing. (link)

Essentially the idea is to try to find a way of privatizing the public gains in question, so that private investors have an incentive to bring them about.

This is an interesting idea, but it doesn’t really solve the fundamental problem: society’s inability to make rational investment in its own wellbeing. It seems more like a way of shifting risks of program success or failure from the state agency to the private entity. Here is a McKinsey discussion of the concept (link), and here is a more skeptical piece in the Economist (link).