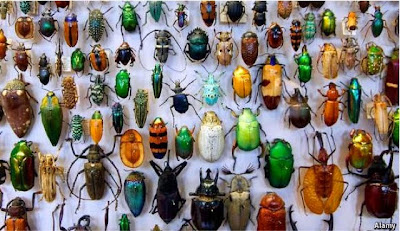 Earlier posts have considered the reception of critical realism by two major historical sociologists, Peggy Somers and George Steinmetz (link, link). These researchers believe that the philosophical issues and positions raised by Roy Bhaskar in his evolving theory of critical realism are insightful and useful for the conduct of post-positivist sociology. Philip Gorski is a third contemporary sociologist who has weighed in on the relevance of critical realism for the practice of sociology. Gorski’s primary research divides between sociological theory and comparative historical sociology, and he is the most explicit of the three in his advocacy for the philosophy of science associated with critical realism. Several articles are particularly direct in this regard, including What is critical realism? (2013) in Contemporary Sociology, The poverty of deductivism (2004) in Sociological Methodology, and the concluding chapter in his recently edited and very interesting volume, Bourdieu and Historical Analysis (2013) (discussed earlier here).

The 2013 article offers both exposition and polemic. Gorski wants to make the case that sociologists benefit from the philosophy of science because it serves as an intellectual support for research and theory — there is a reason for sociologists to be concerned about debates in the philosophy of science; and that the alternatives on offer are woefully inadequate (positivism, interpretivism, constructivism).

Gorski makes the important point that sociological research needs to be pluralistic when it comes to methodology. Interpretation requires contextualization (662); causal hypotheses are often supported by statistical evidence; it is reasonable for realists about structures to look for the constitutive actions of lower-level powers that make them up. There isn’t a primary method of inquiry or empirical reasoning that works best for all social research; instead, sociologists need to define significant research topics and then craft methods of inquiry and inference that are best suited to those topics. Quantitative, interpretive, comparative, deductive, inductive, abductive, descriptive, and explanatory approaches are all appropriate methods for some problems of social research. So it is important for sociologists to “unlearn” some of the dogmas of positivist methodology that have often thought to be constitutive of the scientific warrant of sociology.

Against the dominant philosophies of social science of positivism, interpretivism, and constructivism, Gorski argues that there is only one credible alternative, the philosophical theory of critical realism. And this means, largely, the writings of Roy Bhaskar. So the bulk of this piece is an exposition of Bhaskar’s central ideas. Gorski provides a precis of Bhaskar’s thoughts in three stages of his work, A Realist Theory of Science, The Possibility of Naturalism: A philosophical critique of the contemporary human sciences, and Scientific Realism and Human Emancipation. And he argues that the ontological framework embodied in these aspects of a specific philosophy of science — realism about underlying structures, powers, and processes — is the best available as a general starting point for the sciences.

Other philosophies of social science place epistemology or methodology at the center of what a philosophy of the sciences should resolve. Gorski, on the other hand, emphasizes the importance of the ontology of critical realism — what CR conveys about the nature and stratification of the social world.

Crucial within that ontology is the notion of the reality of social structures and the idea that social properties are emergent. Here are a few comments about emergence:

[CR] does not deny that reduction can sometimes be illuminating, but it insists that the social is an emergent reality with its own specific powers and properties. (659)

But they invariably fall short of their epistemic goals: to explain one strata of reality in terms of a lower-order one. Why? Because of ‘‘emergence.’’ The combination and inter- action of entities and properties at one level of reality generates ‘‘emergent’’ entities and properties at others. (664) As I’ve observed elsewhere here (link, link, link), the concept of emergence is elusive, and it seems to shift back and forth between “fundamentally independent of lower level phenomena” and “dependent upon but autonomous from lower level phenomena”. The latter is the version that I favor with the concept of “relative explanatory autonomy”; link). Like Tuukka Kaidesoja, I’m not yet satisfied with the treatment of emergence that is associated with critical realism (link).

A related and more novel idea about social ontology employed by Gorski is the concept of “lamination” first introduced in Bhaskar’s Dialectic: The Pulse of Freedom to describe the nature of the social world and the relations among levels of social action and structure:

Because there are multiple layers of agents and powers, moreover, observable events will have a “laminated” character; they are simultaneously governed by normic laws at various levels. This has important consequences for causal inference…. It is simultaneously and jointly determined by all of them. It is a “laminated” process. (665)

This is a vivid metaphor to use in conveying the idea of the “levels” of the social. But it has implications that may be unintended. For example, the idea of lamination suggests a sharp separation between layers; whereas many social domains seem to be better described as a continuous flow from lower to higher levels (and from higher to lower levels).

I find Gorski’s exposition of critical realism to be useful and clear. However, there is a large omission in Gorski’s account of the philosophical grounds of realism: Gorski assumes that there is no other serious tradition of post-positivist realism that serves as an alternative to critical realism. He dismisses what he calls the “conventional” realism of analytical sociology (659). He faults this version for its commitment to a form of individualism, structural individualism. Gorski insists on the “emergent” character of social structures and properties. And he presumes that there is no other viable form of realism available to the philosophy of science.

This binary and exclusive opposition between empiricism and critical realism as the only possibilities is misleading. There is a very substantial literature in the philosophy of science that rejects positivism; that maintains that theories are potentially good guides to the real “ontological” properties of the world; and that does not share the particular philosophical assumptions that Bhaskar brings into critical realism. I am thinking of Hilary Putnam, Dick Boyd, and Jarrett Leplin in particular. But there are dozens of other examples that could be considered.

A particularly clear exposition of this other tradition of post-positivist realism can be found in Richard Boyd’s 1990 contribution in Wade Savage’s Scientific Theories, “Realism, Approximate Truth, and Philosophical Method” (link). Here is how Boyd opens this piece:

Scientific realists hold that the characteristic product of successful scientific research is knowledge of largely theory-independent phenomena and that such knowledge is possible (indeed actual) even in those cases in which the relevant phenomena are not, in any non-question-begging sense, observable. The characteristic philosophical arguments for scientific realism embody the claim that certain central principles of scientific methodology require a realist explication. In its most completely developed form, this sort of abductive argument embodies the claim that a realist conception of scientific inquiry is required in order to justify, or to explain the reliability with respect to instrumental knowledge of, all of the basic methodological principles of mature scientific inquiry. (355)

This is a form of realism that reaches similar conclusions to those advocated by Bhaskar, but derives from an independent path of philosophical investigation following the collapse of positivist philosophy of science in the 1960s and 1970s. And this version of realism makes substantially fewer philosophical assumptions than Bhaskar’s system puts forward.