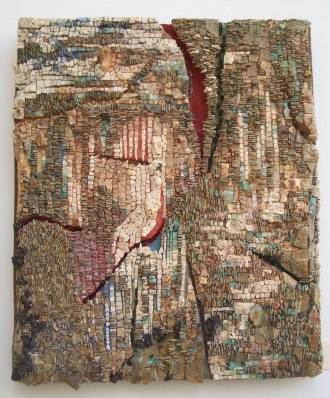 Debates over realism have been at the center of the philosophy of science for at least seventy-five years. The fundamental question is this: what exists in the world? And how do we best gain knowledge about the nature and properties of these real things? The first question is metaphysical, while the second is epistemic.

Scientific realism is the view that “mature” areas of science offer theories of the nature of real things and their properties, and that the theories of well-confirmed areas of science are most likely approximately true. So science provides knowledge about reality independent from our ideas; and the methods of science justify our belief in these representations of the real world. Scientific methods are superior to other forms of belief acquisition when it comes to successful discovery of the entities and properties of the world in which we live.

But this statement conceals a number of difficult issues. What is involved in asserting that a theory is true? We have the correspondence theory of truth on the one hand — the idea that the key concepts of the theory succeed in referring to real entities in the world independent of the theory. And on the other hand, we have the pragmatist theory of truth — the idea that “truth” means “well confirmed”. A further difficulty arises from the indisputable fallibility of science; we know that many well confirmed scientific theories have turned out to be false. Finally, the idea of “approximate truth” is problematic, since it seems to imply “not exactly true,” which in turn implies “false”. Hilary Putnam distinguished two kinds of realism based on the polarity of correspondence and justification, metaphysical realism and internal realism; and it seems plain enough that “internal realism” is not a variety of realism at all.

Another central issue in the metatheory of realism is the question, what kinds of considerations are available to permit us to justify or refute various claims of realism? Why should we believe that the contents of current scientific theories succeed in accurately describing unobservable but fundamental features of an independent world? And the strongest argument the literature has produced is that offered by Putnam and Boyd in the 1970s: the best explanation of the practical and predictive successes of the sciences is the truth of the theoretical assumptions on which they rest.

Ilkka Niiniluoto’s 1999 Critical Scientific Realism proceeds from the general orientation of Roy Bhaskar’s critical realism. But it is not a synthesis of the philosophy of critical realism as much as it is an analytical dissection of the logic and plausibility of various claims of scientific realism. As such it is an excellent and rigorous introduction to the topic of scientific realism for current discussions. Niiniluoto analyzes the metatheory of realism into six areas of questions: ontological, semantical, epistemological, axiological, methodological, and ethical (2). And he provides careful and extensive discussions of the issues that arise under each topic. Here is a useful taxonomy that he provides for the many variants of realism (11):

Here is how Niiniluoto distinguishes “critical scientific realism” from other varieties of realism:

These are credible and appealing premises. And they serve to distinguish this version of realism from other important alternatives — for example, Putnam’s internal realism. But it is evident that Niiniluoto’s “critical scientific realism” is not simply a further expression of “critical realism” in the system of Bhaskar. It is a distinctive and plausible version of scientific realism; but its premises equally capture the realisms of other philosophers of science whose work is not within the paradigm of standard critical realism. As the diagram indicates, other philosophers who embrace R0-R5 include Popper, Sellars, Bunge, Boyd, and Nowak, as well as Niiniluoto himself. (It is noteworthy that Bhaskar’s name does not appear on this list!)

So how much of a contribution does Critical Scientific Realism represent in the evolving theory of scientific realism within philosophy of science? In my reading this is an important step in the evolution of the arguments for and against realism. Niiniluoto’s contribution is a synthetic one. He does an excellent job of tracing down the various assumptions and disagreements that exist within the field of realism and anti-realism debates, and the route that he traces through these debates under the banner of “critical scientific realism” represents (for me, anyway) a particularly plausible combination of answers to these various questions. So one might say that the position that Niiniluoto endorses is a high point in the theory of scientific realism — the most intellectually and practically compelling combination of positions from metaphysics, epistemology, semantics, and methodology that are available in the assessment of the truthiness of science.

What it is not, however, is the apotheosis of “critical realism” in the sense intended by the literature extending from Bhaskar to the current generation of critical realist thinkers. Niiniluoto’s approach is appealingly eclectic; he follows the logic of the arguments he entertains, rather than seeking to validate or extend a particular view within this complicated field of realist arguments. And this is a good thing if our interest is in making the most sense possible of the idea of scientific realism as an interpretation of the significance of science in face of the challenges of constructivism, conceptual and theoretical underdetermination, and relativism.