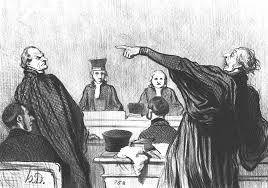 My recent post on realism in the social realm generated quite a bit of commentary, which I’d like to address here.

Brad Delong offered an incredulous response — he seems to think that any form of scientific realism is ridiculous (link). He refers to the predictive success of Ptolemy’s epicycles, and then says, “But just because your theory is good does not mean that the entities in your theory are “really there”, whatever that might mean….” I responded on Twitter: “Delong doesn’t like scientific realism — really? Electrons, photons, curvature of space – all convenient fictions?” The position of instrumentalism is intellectually untenable, in my opinion — the idea that scientific theories are just convenient computational devices for summarizing a range of observations. It is hard to see why we would have confidence in any complex technology depending on electricity, light, gravity, the properties of metals and semiconductors, if we didn’t think that our scientific theories of these things were approximately true of real things in the world. So general rejection of scientific realism seems irrational to me. But the whole point of the post was that this reasoning doesn’t extend over to the social sciences very easily; if we are to be realists about social entities, it needs to be on a different basis than the overall success of theories like Keynsianism, Marxism, or Parsonian sociology. They just aren’t that successful!

There were quite a few comments (71) when Mark Thoma reposted this piece on economistsview. A number of the commentators were particularly interested in the question of the realism of economic knowledge. Daniel Hausman addresses the question of realism in economics in his article on the philosophy of economics in the Stanford Encyclopedia of Philosophy (link):

Economic methodologists have paid little attention to debates within philosophy of science between realists and anti-realists (van Fraassen 1980, Boyd 1984), because economic theories rarely postulate the existence of unobservable entities or properties, apart from variants of “everyday unobservables,” such as beliefs and desires. Methodologists have, on the other hand, vigorously debated the goals of economics, but those who argue that the ultimate goals are predictive (such as Milton Friedman) do so because of their interest in policy, not because they seek to avoid or resolve epistemological and semantic puzzles concerning references to unobservables.

Examples of economic concepts that commentators seemed to think could be interpreted realistically include concepts such as “economic disparity”.  But this isn’t a particularly arcane or unobservable theoretical concept. There is a lot of back-and-forth on the meaning of investment in Keynes’s theory — is it a well-defined concept? Is it a concept that can be understood realistically? The question of whether economics consists of a body of theory that might be interpreted realistically is a complicated one. Many technical economic concepts seem not to be referential; instead, they seem to be abstract concepts summarizing the results of large numbers of interactions by economic agents.

The most famous discussion of realism in economics is that offered by Milton Friedman in relation to the idea of economic rationality (Essays in Positive Economics); he doubts that economists need to assume that real economic actors do so on the basis of economic rationality. Rather, according to Friedman this is just a simplifying assumption to allow us to summarize a vast range of behavior. This is a hard position to accept, though; if agents are not making calculating choices about costs and benefits, then why should we expect a market to work in the ways our theories say it should? (Here is a good critique by Bruce Caldwell of Friedman’s instrumentalism; link.)

And what about the concept of a market itself? Can we understand this concept realistically? Do markets really exist? Maybe the most we can say is something like this: there are many social settings where stuff is produced and exchanged. When exchange is solely or primarily governed by the individual self-interest of the buyers and sellers, we can say that a market exists. But we must also be careful to add that there are many different institutional and social settings where this condition is satisfied, so there is great variation across the particular “market settings” of different societies and communities. As a result, we need to be careful not to reify the concept of a market across all settings.

Michiel van Ingen made a different sort of point about my observations about social realism in his comment offered on Facebook. He thinks I am too easy on the natural sciences.

This piece strikes me as problematic. First, because physics is by no means as successful at prediction as it seems to suggest. A lot of physics is explanatorily quite powerful, but – like any other scientific discipline – can only predict in systemically closed systems. Contrasting physics with sociology and political science because the latter ‘do not consist of unified deductive systems whose empirical success depends upon a derivation of distant observational consequences’ is therefore unnecessarily dualistic. In addition, I’m not sure why the ‘inference to the best explanation’ element should be tied to predictive success as closely as it is in this piece. Inference to the best explanation is, by its very definition, perfectly applicable to EXPLANATION. And this applies across the sciences, whether ‘natural’ or ‘social’, though of course there is a significant difference between those sciences in which experimentation is plausible and helpful, and those in which it is not. This is not, by the way, the same as saying that natural sciences are experimental and social ones aren’t. There are plenty of natural sciences which are largely non-experimental as well. And lest we forget, the hypothetico-deductive form of explanation DOES NOT WORK IN THE NATURAL SCIENCES EITHER!

This critique comes from the general idea that the natural sciences need a bit of debunking, in that various areas of natural science fail to live up to the positivist ideal of a precise predictive system of laws. That is fair enough; there are areas of imprecision and uncertainty in the natural sciences. But, as I responded to Delong above, the fact remains that we have a very good understanding of much of the physical realities and mechanisms that generate the phenomena we live with. Here is the response I offered Michiel:

Thank you, Michiel, for responding so thoughtfully. Your comments and qualifications about the natural sciences are correct, of course, in a number of ways. But really, I think we post-positivists need to recognize that the core areas of fundamental and classical physics, electromagnetic theory, gravitation theory, and chemistry including molecular biology, are remarkably successful in unifying, predicting, and explaining the phenomena within these domains. They are successful because extensive and mathematicized theories have been developed and extended, empirically tested, refined, and deployed to help account for new phenomena. And these theories, as big chunks, make assertions about the way nature works. This is where realism comes in: the chunks of theories about the nature of the atom, electromagnetic forces, gravitation, etc., can be understood to be approximately true of nature because otherwise we would have no way to account for the remarkable ability of these theories to handle new phenomena.

So I haven’t been persuaded to change my mind about social realism as a result of these various comments. The grounds for realism about social processes, structures, and powers are different for many social sciences than for many natural sciences. We can probe quite a bit of the social world through mid-level and piecemeal research methods — which means that we can learn quite a bit about the nature of the social world through these methods. Here is the key finding:

So it seems that we can justify being realists about class, field, habitus, market, coalition, ideology, organization, value system, ethnic identity, institution, and charisma, without relying at all on the hypothetico-deductive model of scientific knowledge upon which the “inference to the best explanation” argument depends. We can look at sociology and political science as loose ensembles of empirically informed theories and models of meso-level social processes and mechanisms, each of which is to a large degree independently verifiable. And this implies that social realism should be focused on mid-level social mechanisms and processes that can be identified in the domains of social phenomena that we have studied rather than sweeping concepts of social structures and entities.

(Sometimes social media debates give the impression of a nineteenth-century parliamentary shouting match — which is why the Daumier drawing came to mind!)