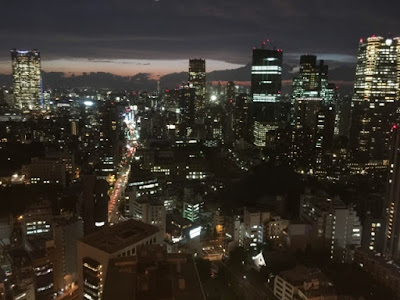 Capitalism is one particular configuration of the economic institutions that define production and consumption in a society. It involves private ownership of firms and resources, and a system of wage labor through which individuals compete for jobs within the context of a labor market. In its nature it creates positions of substantial power for owners of capital, and generally little power for owners of labor power — workers. In theory capitalism can be joined with both democratic and authoritarian systems of government — for example, France (democratic) and Argentina 1970 (military dictatorship). (Here is an earlier post on alternative capitalisms; link.)

As Marx himself noted, capitalism brought a number of powerful and emancipatory changes into the world. But it is plain that there are substantial deficiencies in our contemporary political economy, from the point of view of the great majority of society. For example:

What kinds of institutional changes might we imagine for our current political economy that do a better job of satisfying the demands of justice and human wellbeing?

A number of philosophers, political scientists, and economists have addressed the question of how to envision a more just form of capitalism. Kathleen Thelen considers the prospects for an “egalitarian capitalism” (Varieties of Liberalization and the New Politics of Social Solidarity ; link); Jon Elster had an important contribution to make on the question of alternatives to capitalism (Alternatives to Capitalism; link); and John Rawls put forward a view of a preferable alternative to capitalism, which he referred to as a property-owning democracy (O’Neill and Williamson, Property-Owning Democracy: Rawls and Beyond; link).

So what might capitalism 2.0 look like if we want a genuinely fair and progressive society in the 21st century? Several features seem clear.

What kinds of political and economic institutions would serve to advance these social goals?

By universal basic income I mean an income paid by a government, at a uniform level and at regular intervals, to each adult member of society. The grant is paid, and its level is fixed, irrespective of whether the person is rich or poor, lives alone or with others, is willing to work or not. In most versions–certainly in mine–it is granted not only to citizens, but to all permanent residents.

The UBI is called “basic” because it is something on which a person can safely count, a material foundation on which a life can firmly rest. Any other income–whether in cash or in kind, from work or savings, from the market or the state–can lawfully be added to it. On the other hand, nothing in the definition of UBI, as it is here understood, connects it to some notion of “basic needs.” A UBI, as defined, can fall short of or exceed what is regarded as necessary to a decent existence. (link)

Swiss voters narrowly defeated such a proposal for Switzerland this spring (link), but serious debates continue.

Another approach results from politically effective demands for real equality of opportunity. Equality of opportunity requires high-quality public education for everyone. So capitalism 2.0 needs to embody educational institutions that are substantially better and more egalitarian than those we now have — ranging from pre-school to K-12 to universities. Consider this fascinating county-level map of the United States combining per capita income, high school graduate rate, and college graduate rate (link):

All of these ideas about a more just capitalism require resources; and those resources can only come from public finance, or taxation. The wealth of a society is a joint product which the market allocates privately. Taxation is the mechanism through which the benefits of social cooperation extend more fully to all members of society. It is through taxation that a capitalist society has the potential for creating an environment with high levels of equality of opportunity for its citizens and high levels of quality of life for its population. The resulting political economy promises to be the foundation of a more equitable and productive society. (Here is a post on the moral basis for the extensive democratic state; link.)