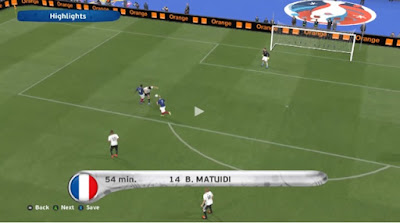 A premise shared by all actor-centered versions of sociology is that individuals and their actions are the rock-bottom level of the social world. Every other social fact derives from facts at this level. Norbert Elias raises a strong and credible challenge to this ontological assumption in his work, offering a view of social action that makes “figurations” of actors just as real as individual actors themselves. By figuration he means something like an interlocking set of individuals whose actions are a fluid series of reactions to and expectations about others. Figurations include both conflict and cooperation. And he is insistent that figurations cannot be reduced to the sum of a collection of independent actors and their choices. “Imagine the interlocking of the plans and actions, not of two, but of two thousand or two million interdependent players. The ongoing process which one encounters in this case does not take place independently of individual people whose plans and actions keep it going. Yet it has a structure and demands an explanation sui generis. It cannot be explained in terms of the ‘ideas’ or the ‘actions’ of individual people” (52). So good sociology needs to pay attention to figurations, not just individuals and their mental states.

Elias’s most vivid illustration of what he means by a figuration comes from his reflections on the game of soccer and the flow of action across two teams and twenty-two individual players over extended episodes of play. These arguments constitute the primary topic of volume 7 of his collected writings, Elias and Dunning, Quest for Excitement: Sport and Leisure in the Civilising Process. (This is particularly relevant at a time when millions of people are viewing the Euro Cup.)

The observation of an ongoing game of football can be of considerable help as an introduction to the understanding of such terms as interlocking plans and actions. Each team may have planned its strategy in accordance with the knowledge of their own and their opponents’ skills and foibles. However, as the game proceeds, it often produces constellations which were not intended or foreseen by either side. In fact, the flowing pattern formed by players and ball in a football game can serve as a graphic illustration not only of the concept of ‘figurations’ but also of that of ‘social process’.

The game-process is precisely that, a flowing figuration of human beings whose actions and experiences continuously interlock, a social process in miniature. One of the most instructive aspects of the fast-changing pattern of a football game is the fact that this pattern is formed by the moving players of both sides.

If one concentrated one’s attention only on the activities of the players of one team and turned a blind eye to the activities of the other, one could not follow the game. The actions and experiences of the members of the team which one tried to observe in isolation and independently of the actions and perceptions of the other would remain incomprehensible. In an ongoing game, the two teams form with each other a single figuration. It requires a capacity for distancing oneself from the game to recognize that the actions of each side constantly interlock with those of their opponents and thus that the two opposing sides form a single figuration. So do antagonistic states. Social processes are often uncontrollable because they are fuelled by enmity. Partisanship for one side or another can easily blur that fact. (51-52; italics mine)

Here is a more theoretical formulation from Elias, from “Dynamics of sports groups” in the same volume.

Let us start with the concept of ‘figuration’. It has already been said that a game is the changing figuration of the players on the field. This means that the figuration is not only an aspect of the players. It is not as one sometimes seems to believe if one uses related expressions such as ‘social pattern’, ‘social group’, or ‘society’, something abstracted from individual people. Figurations are formed by individuals, as it were ‘body and soul’. If one watches the players standing and moving on the field in constant inter-dependence, one can actually see them forcing a continuously changing figuration. If groups or societies are large, one usually cannot see the figurations their individual members form with one another. Nevertheless, in these cases too people form figurations with each other — a city, a church, a political party, a state — which are no less real than the one formed by players on a football field, even though one cannot take them in at a glance.

To envisage groupings of people as figurations in this sense, with their dynamics, their problems of tension and of tension control and many others, even though one cannot see them here and now, requires a specific training. This is one of the tasks of figurational sociology, of which the present essay is an example. At present, a good deal of uncertainty still exists with regard to the nature of that phenomenon to which one refers as ‘society’. Sociological theories often appear to start from the assumption that ‘groups’ or ‘societies’, and ‘social phenomean’ in general, are something abstracted from individual people, or at least that they are not quite as ‘real’ as individuals, whatever that may mean. The game of football — as a small-scale model — can help to correct this view. It shows that figurations of individuals are neither more nor less real than the individuals who form them. Figurational sociology is based on observations such as this. In contrast to sociological theories which treat societies as if they were mere names, an ‘ideal type’, a sociologist’s construction, and which are in that sense representative of sociological nominalism, it represents a sociological realism. Individuals always come in figurations and figurations are always formed by individuals. (199)

This ontological position converges closely with the “relational” view of social action advocated by the new pragmatists as well as Chuck Tilly. The pragmatists’ idea that individual actions derive from the flow of opportunities and reactions instigated by the movements of others is particularly relevant. But Elias’s view also seems to have some resonance with the idea of methodological localism as well: “individuals in local social interactions are the molecule of the social world.”

What seems correct here is an insight into the “descriptive ontology” of the social world. Elias credibly establishes the fact of entangled, flowing patterns of action by individuals during an episode, and makes it credible that these collective patterns don’t derive fully in any direct way from the individual intentions of the participants. “Figurations are just as real as individuals.” So the sociologist’s ontology needs to include figurations. Moreover the insight seems to cast doubt as well on the analytical sociologists’ strategy of “dissection”. These points suggest that Elias provides a basis for a critique of ontological individualism. And Elias can be understood as calling for more realism in sociological description.
What this analysis does not provide is any hint about how to use this idea in constructing explanations of larger-scale social outcomes or patterns. Are we forced to stop with the discovery of a set of figurations in play in a given social occurrence? Are we unable to provide any underlying explanation of the emergence of the figuration itself? Answers to these questions are not clear in Elias’s text. And yet this is after all the purpose of explanatory sociology.

It is also not completely convincing to me that the figurations described by Elias could not be derived through something like an agent-based simulation. The derivation of flocking and swarming behavior in fish and birds seems to be exactly this — a generative account of the emergence of a collective phenomenon (figuration) from assumptions about the decision-making of the individuals. So it seems possible that we might look at Elias’s position as seeing a challenge to actor-based sociology that now can be addressed rather than a refutation.

In this sense it appears that figurational sociology is in the same position as various versions of microsociology considered elsewhere (e.g. Goffman): it identifies a theoretical lacuna in rational choice theory and thin theories of the actor, but it does not provide recommendations for how to proceed with a more adequate explanatory theory.

(Recall the earlier discussion on non-generative social facts and ontological individualism; link. That post makes a related argument for the existence of social facts that cannot be derived from facts about the individual actors involved. In each case the problem derives from the highly path-dependent nature of social outcomes.)