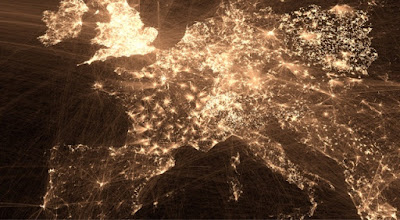 In Profit and Gift in the Digital Economy Dave Elder-Vass argues that these simple theories, largely the product of the nineteenth century, are flawed in several fundamental ways. First, they are all simple and unitary in a heterogeneous world. Economic transactions take a very wide variety of forms in the modern world. But more fundamentally, these existing theories fail completely to provide a theoretical vocabulary for describing what are now enormously important parts of our economic lives. One well-know blindspot is the domestic economy — work and consumption within the household. But even more striking is the inadequacy of existing economic theories to make sense of the new digital world — Google, Apple, Wikipedia, blogging, or YouTube. Elder-Vass’s current book offers a new way of thinking about our economic lives and institutions. And he believes that this new way lays a basis for more productive thinking about a more humane future for all of us than is offered by either neoliberalism or Marxism.
What E-V offers is the idea of economic life as a jumble of “appropriative” practices — practices that get organized and deployed in different combinations, and that have better and worse implications for human well-being.

From this perspective it becomes possible to see our economy as a complex ecosystem of competing and interacting economic forms, each with their own strengths and weaknesses, and to develop a progressive politics that seems to reshape that ecosystem rather than pursuing the imaginary perfection of one single universal economic form. (5)

The argument here is that we can understand the economy better by seeing it as a diverse collection of economic forms, each of which can be characterised as a particular complex of appropriative practices — social practices that influence the allocation of benefits from the process of production. (9)

Economies are not monoliths but diverse mixtures of varying economic forms. To understand and evaluate economic phenomena, then, we need to be able to describe and analyse these varying forms in conjunction with each other. (96)

Capitalism is not a single, unitary “mode of production,” but rather a concatenation of multiple forms and practices. E-V believes that the positions offered here align well with the theories of critical realism that he has helped to elaborate in earlier books (19-20) (link, link). We can be realist in our investigations of the causal properties of the economic practices he identifies.

This way of thinking about economic life is very consistent with several streams of thought in Understanding Society — the idea of social heterogeneity (link), the idea of assemblage (link), and a background mistrust of comprehensive social theories (link). (Here is an earlier post on “Capitalism 2.0” that is also relevant to the perspective and issues Elder-Vass brings forward; link.)

The central new element in contemporary economic life that needs treatment by an adequate political economy is the role that large digital enterprises play in the contemporary world. These enterprises deal in intangible products; they often involve a vast proportion of algorithmic transformation rather than human labor; and to a degree unprecedented in economic history, they depend on “gift” transactions at every level. Internet companies like Google give free search and maps, and bloggers and videographers give free content. And yet these gifts have none of the attributes of traditional gift communities — there is no community, no explicit reciprocity, and little face-to-face interaction. E-V goes into substantial detail on several of these new types of enterprises, and does the work of identifying the “economic practices” upon which they depend.

In particular, E-V considers whether the gift relation familiar from anthropologists like Marcel Mauss and economic sociologists like Karl Polanyi can shed useful light on the digital economy. But the lack of reciprocity and face-to-face community leads him to conclude that the theory is unpersuasive as a way of understanding the digital economy (86).

It is noteworthy that E-V’s description of appropriative practices is primarily allocative; it pays little attention to the organization of production. It is about “who receives the benefits” (10) but not so much about “how activity and labor are coordinated, managed, and deployed to produce the stuff”. Marx gained the greatest insights in Capital, not from the simple mathematics of the labor theory of value, but from his investigations of the conditions of work and the schemes of management to which labor was subject in the nineteenth-century factory. The ideas of alienation, domination, and exploitation are very easy to understand in that context. But it would seem that there are similar questions to ask about the digital economy shops of today. The New York Times’ reportage of working conditions within the Amazon organization seems to reveal a very similar logic (link).  And how about the high-tech sweat shops described in a 2009 Bloomberg investigation (link)?
Elder-Vass believes that a better understanding of our existing economic practices can give rise to a more effective set of strategies for creating a better future. E-V’s vision for creating a better future depends on a selective pruning of the more destructive practices and cultivation of the more positive practices. He is appreciative of the “real utopias” project (36) (link) and also of the World Social Forum.

This means growing some progressive alternatives but also cutting back some regressive ones. It entails being open to a wide range of alternatives, including the possibility that there might be some valuable continuing role for some forms of capitalism in a more adequate mixed economy of practices. (15)

Or in other words, E-V advocates for innovative social change — recognizing the potential in new forms and cultivating existing forms of economic activity. Marxism has been the impetus of much thinking about progressive change in the past century; but E-V argues that this perspective too is limited:

Marxism itself has become an obstacle to thinking creatively about the economy, not least because it is complicit in the discourse of the monolithic capitalist market economy that we must now move beyond…. Marx’s labour theory of value … tends to support the obsessive identification of capitalism with wage labour. As a consequence Marxists have failed to recognise that capitalism has developed new forms of making profit that do not fit with the classic Marxist model, including many that have emerged and prospered in the new digital economy. (45)

This is not a wholesale rejection of Marx’s thought; but it is a well-justified critique of the lingering dogmatism of this tradition. Though E-V does not make reference to current British politics in the book, these comments seem very appropriate in appraisal of the approach to change championed by Labour leader Jeremy Corbyn.

E-V shows a remarkable range of expertise in this work. His command of recent Marxian thinking about contemporary capitalism is deep. But he has also gone deeply into the actual practices of the digital economy — the ways Google makes profits, the incentives and regulations that sustain wikipedia, the handful of distinctive business practices that have made Apple one of the world’s largest companies. The book is a work of theory and a work of empirical investigation as well.

Profit and Gift in the Digital Economy is a book with a big and important idea — bigger really than the title implies. The book demands a substantial shift in the way that economists think about the institutions and practices through which the global economy works. More fundamentally, it asks that we reconsider the idea of “economy” altogether, and abandon the notion that there is a single unitary economic practice or institution that defines modern capitalism — whether market, wage labor, or trading system. Instead, we should focus on the many distinct but interconnected practices that have been invented and stitched together in the many parts of society to solve particular problems of production, consumption, and appropriation, and that as an aggregate make up “the economy”. The economy is an assemblage, not a designed system, and reforming this agglomeration requires shifting the “ecosystem” of practices in a direction more favorable to human flourishing.