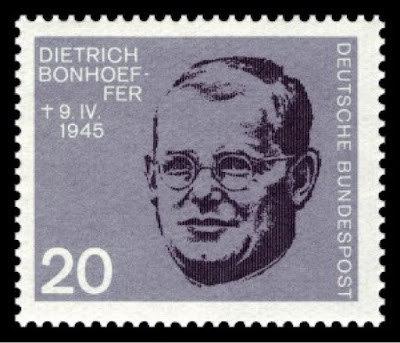 I’ve been seriously interested in the question of character since being invited to contribute to a volume on the subject a few years ago. That volume, Questions of Character, has now appeared in print, and it is an excellent and engaging contribution. Iskra Fileva was the director of the project and is the editor of the volume, and she did an excellent job in selecting topics and authors. She also wrote an introduction to the volume and introductions to all five parts of the collection. It would be possible to look at Fileva’s introductions collectively as a very short book on character by themselves.

So what is “character”? To start, it is a concept of the actor that draws our attention to enduring characteristics of moral and practical propensities, rather than focusing on the moment of choice and the criteria recommended by the ethicist on the basis of which to make choices. Second, it is an idea largely associated with the “virtue” ethics of Aristotle. The other large traditions in the history of ethics — utilitarianism and Kantian ethics, or consequentialist and deontological theories — have relatively little to say about character, focusing instead on action, rules, and moral reasoning. And third, it is distinguished from other moral ideas by its close affinity to psychology as well as philosophy. It has to do with the explanation of the behavior of ordinary people, not just philosophical ideas about how people ought to behave.

This is a fundamentally important question for anyone interested in formulating a theory of the actor. To hold that human beings sometimes have “character” is to say that they have enduring features of agency that sometimes drive their actions in ways that override the immediate calculation of costs and benefits, or the immediate satisfaction of preferences. For example, a person might have the virtues of honesty, courage, or fidelity — leading him or her to tell the truth, resist adversity, or keep commitments and promises, even when there is an advantage to be gained by doing the contrary. Or conceivably a person might have vices — dishonesty, cruelty, egotism — that lead him or her to act accordingly — sometimes against personal advantage.

Questions of Character is organized into five major sets of topics: ethical considerations, moral psychology, empirical psychology, social and historical considerations, and art and taste. Fileva has done an excellent job of soliciting provocative essays and situating them within a broader context. Part I includes innovative discussions of how the concept of character plays out in Aristotle, Hume, Kant, and Nietzsche. Part II considers different aspects of the problem of self-control and autonomy. Part III examines the experimental literature on behavior in challenging situations (for example, the Milgram experiment), and whether these results demonstrate that human actors are not guided by enduring virtues. Part IV examines the intersection between character and large social settings, including history, the market, and the justice system. And Part V considers the role of character in literature and the arts, including the interesting notion that characters in novels become emblems of the character traits they display.

The most fundamental question raised in this volume is this: what is the role of character in human action? How, if at all, do embodied traits, virtues and vices, or personal commitments influence the actions that we take in ordinary and extraordinary circumstances? And the most intriguing challenge raised here is one that casts doubt on the very notion of character: “there are no enduring behavioral dispositions inside a person that warrant the label ‘character’.” Instead, all action is opportunistic and in the moment. Action is “situational” (John Doris, Lack of Character: Personality and Moral Behavior; Ross and Nisbett, The Person and the Situation). On this approach, what we call “character” and “virtue” is epiphenomenal; action is guided by factors more fundamental than these.

My own contribution focuses on the ways in which character may be shaped by historical circumstances. Fundamentally I argue that growing up during the Great Depression, the Jim Crow South, or the Chinese Revolution potentially cultivates fairly specific features of mentality in the people who had these formative experiences. The cohort itself has a common (though not universal) character that differs from that of people in other historical periods. As a consequence people in those cohorts commonly behave differently from people in other cohorts when confronted with roughly similar action situations. So character is both historically shaped and historically important. Much of my argument was worked out in a series of posts here in Understanding Society.

This project is successful in its own terms; the contributors have created a body of very interesting discussion and commentary on an important element of human conduct. The volume is distinctly different from other collections in moral psychology or the field of morality and action. But the project is successful in another way as well. Fileva and her colleagues succeeded in drawing together a novel intellectual configuration of scholars from numerous disciplines to engage in a genuinely trans-disciplinary research collaboration. Through several academic conferences (one of which I participated in), through excellent curatorial and editorial work by Fileva herself, and through the openness of all the collaborators to listen with understanding to the perspectives of researchers in other disciplines, the project succeeded in demonstrating the power of interdisciplinary collaboration in shedding light on an important topic. I believe we understand better the intriguing complexities of actors and action as a result of the work presented in Questions of Character.

(Here is a series of posts on the topic of character; link.)