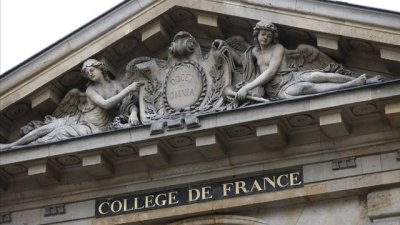 Is sociology as a discipline different in France than in Germany or Britain? Or do common facts about the social world entail that sociology is everywhere the same?

The social sciences feel different from physics or mathematics, in that their development seems much more path-dependent and contingent. The problems selected, the theoretical resources deployed, the modes of evidence considered most relevant — all these considerations have to be specified; and they have been specified differently in different times and places. An earlier post considered the arc of sociology in France (link).

Johan Heilbron’s French Sociology has now appeared, and it is a serious effort to make sense of the tradition of sociology as it developed in France. (Jean-Louis Fabiani’s Qu’est-ce qu’un philosophe français? provides a similar treatment of philosophy in France; link.) Heilbron approaches this topic from the point of view of historical sociology; he wants to write a historical sociology of the discipline of sociology.

For this historical-sociological view I have adopted a long-term perspective in order to uncover patterns of continuity and change that would have otherwise remained hidden. Several aspects of contemporary French sociology—its position in the Faculty of Letters, for example—can be understood only by going back in time much further than is commonly done. (2)

Understanding ideas is not merely about concepts, theories, and assumptions—however important they are—it simultaneously raises issues about how such ideas come into being, how they are mobilized in research and other intellectual enterprises, and how they have, or have not, spread beyond the immediate circle of producers. Understanding intellectual products, to put it simply and straightforwardly, cannot be divorced from understanding their producers and the conditions of production. (3)

Heilbron traces the roots of sociological thinking to the Enlightenment in France, with the intellectual ethos that any question could be considered scientifically and rationally.

If the Enlightenment has been seen as a formative period for the social sciences, it was fundamentally because a secular intelligentsia now explicitly claimed and effectively exercised the right to analyze any subject matter, however controversial, independently of official doctrines. (13)

This gives an intellectual framework to the development of sociology; but for Heilbron the specifics of institutions and networks are key for understanding the particular pathway that the discipline underwent. Heilbron identifies the establishment after the Revolution of national academies for natural science, human science, and literature as an important moment in the development of the social sciences: “The national Académie des sciences morales et politiques (1832) became the official center for moral and political studies under the constitutional regime of the July monarchy” (14). In fact, Heilbron argues that the disciplines of the social sciences in France took shape as a result of a dynamic competition between the Academy and the universities. Much of the work of the Academy during mid-nineteenth century was directed towards social policy and the “social question” — the impoverished conditions of the lower classes and the attendant risk of social unrest. There was the idea that the emerging social sciences could guide the formation of intelligent and effective policies by the state (20).

Another major impetus to the growth of the social sciences was the French defeat in the Franco-Prussian War in 1870. This national trauma gave a stimulus top the enhancement of university-based disciplines. The case was made (by Emile Zola, for example) that France was defeated because Prussia had the advantage in science and education; therefore France needed to reform and expand its educational system and research universities.

Disciplinary social science now became the predominant mode of teaching, research, and publishing. University-based disciplines gained a greater degree of autonomy not only with respect to the national Academy but also vis-à-vis governmental agencies and lay audiences. Establishing professional autonomy in its different guises—conceptually, socially, and institutionally—was the main preoccupation of the representatives of the university-based disciplines. (30)

Heilbron pays attention to the scientific institutions through which the social sciences developed in the early twentieth century. Durkheim’s success in providing orientation to the development of sociology during its formative period in the early twentieth century rested in some part on Durkheim’s ability to create and sustain some of those institutions, including especially the L’Année sociologique. Here is Heilbron’s summary of this fact:

Because the Durkheimian program eclipsed that of its competitors and obtained considerable intellectual recognition, sociology in France did not enter the university as a science of “leftovers,” as Albion Small said about American sociology. Durkheimian sociology, quite the contrary, represented a challenging and rigorous program to scientifically study crucial questions about morality, religion, and other collective representations, their historical evolution and institutional underpinnings. (90)

Here is a graph of the relationships among a number of the primary contributors to L’Année sociologique during 1898-1912:

But Heilbron notes that this influence in the institutions of publication in the discipline of sociology did not translate directly or immediately into a primary location for the Durkheimians within the developing university system.

Heilbron’s narrative confirms a break in the development of sociology at the end of World War II. And in fact, it seems to be true that sociology became a different discipline in France after 1950. Here is how Heilbron characterizes the intellectual field:

Sociological work after 1945 was caught up in a constellation that was defined by two antagonistic poles: an intellectual pole represented by existentialist philosophers who dominated the intellectual and much of the academic field and a policy-related research pole in state institutes for statistical, economic, and demographic studies. (123-124)

An important part of the growth of sociology in France in this period was stimulated by practical needs of policy reform and economic reorganization. It was in part because of a lack of intellectual status that the demand for applied research came to fulfill a new function for the social sciences. The growth of applied social science research was produced by the needs of economic recovery and the new role of the state in that respect. (129)

But academic sociology did not progress rapidly:

In the postwar academic structure, sociology was still a rather marginal phenomenon, a discipline with little prestige that was institutionally no more than a minor for philosophy undergraduates. The leading academics were the two professors at the Sorbonne, Georges Davy and Georges Gurvitch, each of whom presided over his own journal. Davy had succeeded Halbwachs in 1944 and resumed the publication of the

, assisted by the last survivors of the Durkheimian network. (130)

Assessing the situation in 1955, Alain Touraine observed a near-total separation between university sociology and empirical research. Researchers were isolated, he wrote, and they lacked solid training, research experience, and professional prospects. Their working conditions, furthermore, were poor. The CES had only three study rooms for almost forty researchers and neither the CES nor the CNRS provided research funding. (139)

On Heilbron’s account, the large changes in sociology began to accelerate in the 1970s. Figures like Touraine, Bourdieu, Crozier, and Boudon brought substantially new thinking to both theoretical ideas and research problems for sociology. In a later post I will consider his treatment of this period in the development of the discipline.
(Here is an earlier post discussing Gabriel Abend’s ideas about differences in the discipline of sociology across the world; link.)