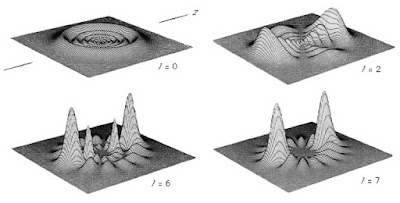 In the past year or so I’ve been reading a handful of fascinating biographies and histories involving the evolution of early twentieth-century physics, paying attention to the individuals, the institutions, and the ideas that contributed to the making of post-classical physics. The primary focus is on the theory of the atom and the nucleus, and the emergence of the theory of quantum mechanics. The major figures who have come into this complex narrative include Dirac, Bohr, Heisenberg, von Neumann, Fermi, Rutherford, Blackett, Bethe, and Feynman, along with dozens of other mathematicians and physicists. Institutions and cities played a key role in this story — Manchester, Copenhagen, Cambridge, Göttingen, Budapest, Princeton, Berkeley, Ithaca, Chicago. And of course written throughout this story is the rise of Nazism, World War II, and the race for the atomic bomb. This is a crucially important period in the history of science, and the physics that was created between 1900 and 1960 has fundamentally changed our view of the natural world.

One level of interest for me in doing this reading is the math and physics themselves. As a high school student I was fascinated with physics. I learned some of the basics of the story of modern physics before I went to college — the ideas of special relativity theory, the hydrogen spectrum lines, the twin-slit experiments, the puzzles of radiation and the atom leading to the formulation of the quantum theory of electromagnetic radiation, the discoveries of superconductivity and lasers. In college I became a physics and mathematics major at the University of Illinois, though I stayed with physics only through the end of the first two years of course work (electricity and magnetism, theoretical and applied mechanics, several chemistry courses, real analysis, advanced differential equations). (Significantly for the recent reading I’ve been doing, I switched from physics to philosophy while I was taking the junior level quantum mechanics course.) I completed a mathematics major, along with a philosophy degree, and did a PhD in philosophy because I felt philosophy offered a broader intellectual platform on questions that mattered.

So I’ve always felt I had a decent layman’s understanding of the questions and issues driving modern physics. One interesting result of reading all this historical material about the period of 1910-1935, however, is that I’ve realized what large holes there are in my mental map of the topics, both in the physics and the math. And it is genuinely interesting to realize that there are deeply fascinating questions in this terrain which I haven’t really got an inkling about. It is energizing to know that it is entirely possible to open up new areas of knowledge and inquiry for oneself.
Of enduring interest in this story is the impression that emerges of amazingly rapid progress in physics in these few decades, with major discoveries and new mathematical methods emerging in weeks and months rather than decades and centuries. The intellectual pace in places like Copenhagen, Princeton, and Göttingen was staggering, and scientists like Bohr, von Neumann, and Heisenberg genuinely astonish the reader with the fertility of their scientific abilities. Moreover, the theories and mathematical formulations that emerged had amazingly precise and unexpected predictive consequences. Physical theory and experimentation reached a fantastic degree of synergy together.
The institutions of research that developed through this period are fascinating as well. The Cavendish lab at Cambridge, the Institute for Advanced Studies at Princeton, the Niels Bohr Institute in Copenhagen, the math and physics centers at Göttingen, and the many conferences and journals of the period facilitated rapid progress of atomic and nuclear physics. The USSR doesn’t come into the story as fully as one would like, and it is intriguing to speculate about the degree to which Stalinist dogmatism interfered with the development of Soviet physics.
I also find fascinating in retrospect the relations that seem to exist between physics and the philosophy of science in the twentieth century. In philosophy we tend to think that the discipline of the philosophy of science in its twentieth-century development was too dependent on physics. That is probably true. But it seems that the physics in question was more often classical physics and thermodynamics, not modern mathematical physics. Carnap, for example, gives no serious attention to developments in the theory of quantum mechanics in his lectures, Philosophical Foundations of Physics. The philosophy of the Vienna Circle could have reflected relativity theory and quantum mechanics, but it didn’t to any significant degree. Instead, the achievements of nineteenth-century physics seem to have dominated the thinking of Carnap, Schlick, and Popper. Logical positivism doesn’t seem to be much influenced by modern physics, including relativity theory, quantum theory, and mathematical physics.  Post-positivist philosophers Kuhn, Hanson, and Feyerabend refer to some of the discoveries of twentieth-century physics, but their works don’t add up to a new foundation for the philosophy of science. Since the 1960s there has been a robust field of philosophy of physics, and the focus of this field has been on quantum mechanics; but the field has had only limited impact on the philosophy of science more broadly. (Here is a guide to the philosophy of physics provided to philosophy graduate students at Princeton; link.)

I suppose that there are two rather different ways of reading the history of twentieth-century physics. One is that quantum mechanics and relativity theory demonstrate that the physical world is incomprehensibly different from our ordinary Euclidean and Kantian ideas about ordinary-sized objects — with the implication that we can’t really understand the most fundamental level of the physical world. Ordinary experience and relativistic quantum-mechanical reality are just fundamentally incommensurable. But the other way of reading this history of physics is to marvel at the amount of new insight and clarity that physics has brought to our understanding of the subatomic world, in spite of the puzzles and anomalies that seem to remain. Mathematical physical theory made possible observation, measurement, and technological use of the microstructure of the world in ways that the ancients could not have imagined. I am inclined towards the latter view.

It is also sobering for a philosopher of social science to realize that there is nothing comparable to this history in the history of the social sciences. There is no comparable period where fundamental and enduring new insights into the underlying nature of the social world became possible to a degree comparable to this development of our understanding of the physical world. In my view as a philosopher of social science, that is perfectly understandable; the social world is not like the physical world. Social knowledge depends on fairly humdrum discoveries about actors, motives, and constraints. But the comparison ought to make us humble even as we explore new theoretical ideas in sociology and political science.

If I were asked to recommend only one out of all these books for a first read, it would be David Cassidy’s Heisenberg volume, Beyond Uncertainty. Cassidy makes sense of the physics in a serious but not fully technical way, and he raises important questions about Heisenberg the man, including his role in the German search for the atomic bomb. Also valuable is Richard Rhodes’ book, The Making of the Atomic Bomb: 25th Anniversary Edition.