May 24, 2017 By Daniel Little in CAT_progress Tags: democracy, populism Leave a comment 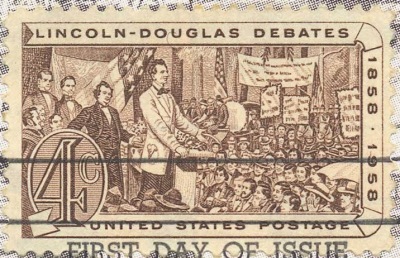 A democracy allows government to reflect the will of the people. Or does it? Here I would like to understand a bit better the dynamics through which radical right populism has come to have influence, even dominance, in a number of western democracies — even when the percentage of citizens with radical right populist attitudes generally falls below the range of 35% of the electorate.

There are well known bugs in the ways that real democracies work, leading to discrepancies between policy outcomes and public preferences. In the United States, for example, we find:

So it is evident that the system of electoral democracy institutionalized in the United States is far from a neutral, formal system conveying citizen preferences onto outcomes in a fair and equal way. The rules as well as the choices are objects of contention.

First, what are the mechanisms that lead to the formation of political attitudes and beliefs in individual citizens? That is, of course, a huge question. People have religious values, civic values, family values, personal aspirations, bits of historical knowledge, and so on, all of which come into play in a wide range of settings through personal development. And all of these value tags may serve as a basis for mobilization by candidates and parties. That is the rationale for “dog-whistle” politics — to craft messages that resonate with small groups of voters without being noticed by larger groups with different values. So let’s narrow it a bit: what mechanisms exist through which activist organizations and leaders can promote specific hateful beliefs and attitudes within a population with a range of existing attitudes, beliefs, and values? In particular, how can radical-right populist organizations and parties increase the appeal of their programs of intolerance to voters who are not otherwise pre-disposed to the extremes of populism?

Here the potency of appeals to division, intolerance, and hate is of particular relevance. Populism has almost always depended on a simplistic division between “us” and “them”. The rhetoric and themes of nationalism and racism represent powerful tools in the arsenal of populist mobilization, preying upon suspicion, resentment, and mistrust of “others” in order to gain adherents to a party that promises to take advantages away from those others. The right-wing media play an enormous role in promulgating these messages of division and intolerance in many countries. The conspiracy theories and false narratives conveyed by right-wing media and commentators are powerfully persuasive in setting the terms of political consciousness for millions of people. Fox News set the agenda for a large piece of the American electorate. And the experience of having been left out of a fair share of economic advantages leaves some segments of the population particularly vulnerable to these kinds of appeals. Finally, the under-currents of racism and prejudice are of continuing importance in the political and social identities of many citizens — again leaving them vulnerable to appeals that cater to these prejudices. This is how Breitbart News works. (An earlier post treated this factor; link.)

Let’s next consider the institutional mechanisms through which activist advocacy can be turned into disproportionate effects in legislation. Suppose Representative Smith has been elected on the Republican ticket in a close contest over his Democrat opponent with 51% of the vote. And suppose his constituency includes 15% extreme right voters, 20% moderate right voters, and 16% conservative-leaning independents. Why does Smith go on to support the agenda of the far right, who are after all only less than a third of his own supporters in his district? This results from a mechanism that political scientists seem to understand; it involves the dynamics of the primary system. The extreme right is highly activated, while the center is significantly less so. A candidate who moves to the center is in danger of losing his seat in the next primary to a far-right candidate who can depend upon the support of his or her activist base to defeat Smith. So the 15% of extreme-right voters determine the behavior of the representative. (McAdam and Kloos consider these dynamics in Deeply Divided: Racial Politics and Social Movements in Postwar America; link.)

Gerrymandering plays an important role in these dynamics as well. Smith doesn’t have to moderate his policy choices out of concern that he will lose the general election to a more moderate Democrat, because the Republican legislature in his state has ensured that this is a safe seat for the candidate chosen by the party.

So here we are — in a nation governed by an extreme-right party in control of both House and Senate, with a President espousing xenophobic and anti-immigrant intentions and a budget that severely cuts back on the social safety net, and dozens of state governments dominated by the same forces. And yet the President is profoundly unpopular, confidence in Congress is at an abysmal low point, and the majority of Americans favor a more progressive set of policies on women’s health, health policy, immigration, and international security than the governing party is proposing. How did democratic processes bring us to this paradoxical point?

In 1991 political scientist Sam Popkin published a short book called The Reasoning Voter: Communication and Persuasion in Presidential Campaigns. The title captures Popkin’s central hypothesis: that voters make choices on the basis of rational assessment of available evidence. What he adds to this old theory of democratic behavior is the proviso that often the principle of reasoning in question is what he calls “low-information rationality”. Unlike traditional rational-choice theories of political behavior, Popkin proposes to make use of empirical results from cognitive psychology — insights into how real people make practical decisions of importance. It is striking how much the environment of political behavior has changed since Popkin’s reflections in the 1980s and 1990s. “Most Americans watch some network television news and scan newspapers several times every week” (25). In a 2015 New Yorker piece on the populism of Donald Trump Evan Osnos quotes Popkin again — but this time in a way that emphasizes emotions rather than evidence-based rationality (link). The passage is worth quoting:

“The more complicated the problem, the simpler the demands become,” Samuel Popkin, a political scientist at the University of California in San Diego, told me. “When people get frustrated and irritated, they want to cut the Gordian knot.”

Trump has succeeded in unleashing an old gene in American politics—the crude tribalism that Richard Hofstadter named “the paranoid style”—and, over the summer, it replicated like a runaway mutation. Whenever Americans have confronted the reshuffling of status and influence—the Great Migration, the end of Jim Crow, the end of a white majority—we succumb to the anti-democratic politics of absolutism, of a “conflict between absolute good and absolute evil,” in which, Hofstadter wrote, “the quality needed is not a willingness to compromise but the will to fight things out to a finish. Nothing but complete victory will do.” Trump was born to the part. “I’ll do nearly anything within legal bounds to win,” he wrote, in “The Art of the Deal.” “Sometimes, part of making a deal is denigrating your competition.” Trump, who long ago mastered the behavioral nudges that could herd the public into his casinos and onto his golf courses, looked so playful when he gave out Lindsey Graham’s cell-phone number that it was easy to miss just how malicious a gesture it truly was. It expressed the knowledge that, with a single utterance, he could subject an enemy to that most savage weapon of all: us. (link)

The gist is pretty clear: populism is not primarily about rational consideration of costs and benefits, but rather the political emotions of mistrust, intolerance, and fear.