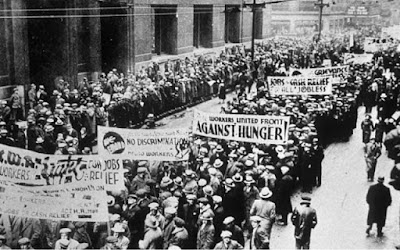 To explain something is to provide a true account of the causes and circumstances that brought it about. There is of course more to say on the subject, but this is the essential part of the story. And this normative account of explanation should work as well for investigations created within the framework of critical realism as any other scientific framework.

Moreover, CR is well equipped with intellectual resources to produce explanations of social outcomes based on this understanding. In particular, CR emphasizes the reality of causal mechanisms in the social world. To explain a social outcome, then — perhaps the rise of Trumpism — we are instructed to identify the causal mechanisms and conditions that were in play such that a novice from reality television would gain the support of millions of voters and win the presidency. So far, so good.

But a good explanation of an outcome is not just a story about mechanisms that might have produced the outcome; instead, we need a true story: these mechanisms existed and occurred, they brought about the outcome, and the outcome would not have occurred in the absence of this combination of mechanisms. Therefore we need to have empirical methods to allow us to evaluate the truth of these hypotheses.

This brings us to a point of contact with the theme of much current work in critical realism: a firm opposition to positivism and an allegiance to post-positivism. Because a central thrust of positivism was the demand for substantive empirical confirmation or verification of substantive claims; and that is precisely where we have arrived in this rapid analysis of explanation as well. In fact, it is quite obvious that CR theories and explanations require empirical validation no less than positivistic theories. We cannot dispense with empirical validation and continue to believe we are involved in science.

Put the point another way: there is no possible avenue of validation of substantive explanatory hypotheses that proceeds through purely intuitive or theoretical avenues. At some point a good explanation requires empirical assessment.

For example, it is appealing in the case of Trumpism to attribute Trump’s rise to the latent xenophobia of the disaffected lower working class. But is this true? And if true, is it critical as a causal factor in his rise? How would we confirm or disconfirm this hypothetical mechanism? Once again, this brings us into proximity to a few core commitments of empiricism and positivism — confirmation theory and falsifiability. And yet, a rational adherence to the importance of empirical validation takes us in this direction ineluctably.

It is worth pointing out that the social and historical sciences have indeed developed empirical methods that are both rigorous and distinctive to the domain of the social: process tracing, single-case and small-N studies, comparative analysis, paired comparisons, and the like. So the demand for empirical methods does not imply standard (and simplistic) models of confirmation like the H-D model. What it does imply is that it is imperative to use careful reasoning, detailed observation, and discovery of obscure historical facts to validate one’s hypotheses and claims.

Bhaskar addresses these issues in his appendix on the philosophy of science in RTS. He clearly presupposes two things: that rigorous evidence must be used in assessment of explanatory hypotheses in social science; and flat-footed positivism fails in providing an appropriate account of what that empirical reasoning ought to look like. And, as indicated above, the open character of social causation presents the greatest barrier to the positivist approach. Positivism assets that the task of confirmation and refutation concerns only the empirical correspondence between hypothesis and observation.

Elsewhere I have argued for the piecemeal validation of social theories and hypotheses (link). This is possible because we are not forced to adopt the assumption of holism that generally guides philosophy in the consideration of physical theory. Instead, hypotheses about mechanisms and processes can be evaluated and confirmed through numerous independent lines of investigation. Duhem may have been right about physics, but he is not right about our knowledge of the social world.