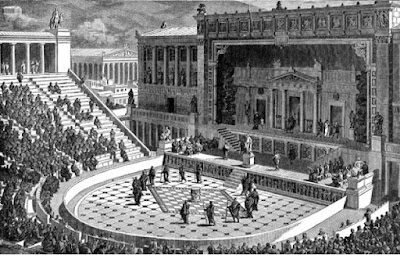 Critical realists share a rejection of the fact-value distinction as a fundamental criterion of scientific rationality — and rightly so (link). They believe that social research and theorizing involve value commitments all the way down. Further, they commonly believe that good social science should lead to improvement in the world and in our system of moral judgments.

So far, so good. But some critical realists think that this points to “moral realism” as well as scientific realism. Moral realism maintains that there are objective and timeless answers to the questions, what is justice? what should we do? what rights do people have? Moral realists hold that holds that the moral facts are out there and waiting for discovery; there is a domain of “moral facts” that ultimately goes beyond the limits of rational disagreement.

This impulse towards moral realism is a problem. Moral realism and scientific realism are not analogous. There is no philosophical or theological method that will resolve moral questions into an unquestionable foundation or set of universal moral truths. Neither Kantianism, nor Aristotelianism, nor utilitarianism, nor traditional religious systems have the capacity to establish universal and unquestionable moral conclusions. The impulse towards moral realism has the perilous possibility of morphing into a dogmatic view of morality that substitutes one’s own convictions for eternal moral truths. In my view, this is farfetched and ultimately implies an unreflective dogmatism about values. Fortunately there is a better and more modest position available that drives from the same pragmatist origins that are inspiring other advances in critical realism.

The better approach is based on a coherence epistemology. This approach is explicitly anti-realist when it comes to moral values. Ethical reasoning always has to do with conversation, disagreement, and sometimes progress. Moral practices have social reality, to be sure; but there are no “moral facts” consisting of moral principles and values that are beyond the possibility of further rational debate. This approach to moral theory emphasizes corrigibility and pragmatic debate about ends, means, and values. It converges with coherence epistemology along the lines of Quine and Rawls; it deliberately replaces a foundationalist approach to moral thinking with a corrigible ongoing series of discussions by moral equals. This allows for an epistemology based on dialogue, and it comes out of the pragmatist tradition.

This is the approach that John Rawls adopted in his theory of reflective equilibrium. Rawls explicitly links his approach to the anti-foundationalist thinking of philosophers like Quine. (Here is a 1985 paper in which I tried to summarize Rawls’s moral methodology of reflective equilibrium; link.) Moral reasoning involves a back-and-forth between a set of considered judgments (current moral judgments about concrete issues) and more abstract moral principles. Both considered judgments and abstract principles are adjusted until the system of beliefs is reasonably consistent and coherent. Here is how Rawls describes this process of moral navigation with respect to the idea of the original position in A Theory of Justice 2nd edition:

In searching for the most favored description of this situation [the hypothetical original position] we work from both ends. We begin by describing it so that it represents generally shared and preferably weak conditions. We then see if these conditions are strong enough to yield a significant set of principles. If not, we look for further premises equally reasonable. But if so, and these principles match our considered convictions of justice, then so far well and good. But presumably there will be discrepancies. In this case we have a choice. We can either modify the account of the initial situation or we can revise our existing judgments, for even the judgments we take provisionally as fixed points are liable to revision. By going back and forth, sometimes altering the conditions of the contractual circumstances, at others withdrawing our judgments and conforming them to principle, I assume that eventually we shall find a description of the initial situation that both expresses reasonable conditions and yields principles which match our considered judgments duly pruned and adjusted. This state of affairs I refer to as reflective equilibrium. It is an equilibrium because at last our principles and judgments coincide; and it is reflective since we know to what principles our judgments conform and the premises of their derivation. At the moment everything is in order. But this equilibrium is not necessarily stable. It is liable to be upset by further examination of the conditions which should be imposed on the contractual situation and by particular cases which may lead us to revise our judgments. Yet for the time being we have done what we can to render coherent and to justify our convictions of social justice. We have reached a conception of the original position. (TJ 18)

This approach leads to two important features. (i) There are no fixed and final moral facts; moral facts are not part of the furniture of the world. But (ii) our moral frameworks have the potential of improving over time, as we grope reflectively with our moral responses, sympathies, and principles. There is a bootstrapping kind of progress here.

What Rawls adds is the idea that our efforts to move toward reflective equilibrium permit us to increase the overall adequacy of our system of beliefs and considered judgments. And this ties directly to his treatment of Political Liberalism — an ongoing discourse allowing us to refine and reform our convictions on the basis of communication with fellow members of our communities and groups. (Habermas and the public communicative process converges here as well.)

It is clear enough that no group is likely ever to reach full unanimity in a discussion like this. This is implied by Rawls’s own conception of a liberal society including people with conflicting conceptions of the good. And ultimately a society can be very stable even as it embraces multiple conceptions of the good and other important questions of value.

These considerations suggest that we should abandon the idea of absolute moral truth (moral realism) and embrace instead the goal of securing a respectful, thoughtful dialogue that creates a possibility of moral progress. We may have the optimistic hope that a community or society improves its ability to make moral perceptions and distinctions over time, through the practice of debating and testing the normative ideas that are shared and those that divide the population.

The ongoing work by various theorists on deliberative democracy sheds some light on the concrete ways in which this kind of moral clarification can work within a group of citizens and otherwise unrelated people. (Here is a programatic statement from the Center for Deliberative Democracy and Global Governance; link.) Everyone brings a moral and value sensibility to their interactions and reactions to the world, and sometimes those sensibilities can change through interaction with other individuals. Consideration of facts, complications, and alternative ways of stating various value commitment permit the individuals to honestly reflect on their commitments and social reactions and perhaps adjust them. (Here is a discussion of deliberative democracy; link. And here is a recent paper by Archon Fung on deliberative democracy and progressive social change; link.)

(Richmond Campbell’s entry in the Stanford Encyclopedia of Philosophy on “Moral Epistemology” is excellent as background on this topic; link.)