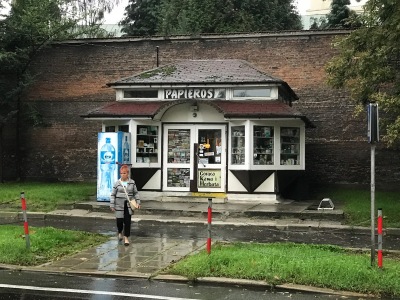 Critical realism proposes an approach to the social world that pays particular attention to objective and material features of the social realm — property relations, impersonal institutional arrangements, supra-individual social structures. Between structure and agent, CR seems most often to lean towards structures rather than consciously feeling and thinking agents. And so one might doubt whether CR has anything useful to offer when it comes to studying the subjective side of social life.

Take for example the idea of a social identity. A social identity seems inherently subjective. It is the bundle of ideas and frameworks through which one places himself or herself in the social world, the framework through which a person conceptualizes his/her relations with others, and an ensemble of the motivations and commitments that lead to important forms of social and political action. All of this sounds subjective in the technical sense — a part of the subjective and personal experience of a single individual. It is part of consciousness, not the material world.

So it is reasonable to ask whether there is anything in a social identity that is available for investigation through the lens of critical realism.

The answer, however, seems to be fairly clear. Ideas and mental frameworks have social antecedents and causal influences. Individuals take shape through concrete social development that is conducted through stable social arrangements and institutions. Consciousness has material foundations. And therefore, it is perfectly appropriate to pursue a realist materialist investigation of social consciousness. This was in fact one important focus of the Annales school of historiography.

This is particularly evident in the example of a social identity. No one is born with a Presbyterian or a Sufi religious identity. Instead, children, adolescents, and young adults acquire their religious and moral ideas through interaction with other individuals, and many of those interactions are determined by enduring social structures and institutional arrangements. So it is a valid subject of research to attempt to uncover the pathways of interaction and influence through which individuals come to have the ideas and values they currently have. This is a perfectly objective topic for social research.

But equally, the particular configuration of beliefs and values possessed by a given individual and a community of individuals is an objective fact as well, and it is amenable to empirical investigation. The research currently being done on the subcultures of right wing extremism illustrates this point precisely. It is an interesting and important fact to uncover (if it is a fact) that the ideologies and symbols of hate that seem to motivate right wing youth are commonly associated with patriarchal views of gender as well.

So ideas and identities are objective in at least two senses, and are therefore amenable to treatment from a realist perspective. They have objective social determinants that can be rigorously investigated; and they have a particular grammar and semiotics that need to be rigorously investigated as well. Both kinds of inquiry are amenable to realist interpretation: we can be realist about the mechanisms through which a given body of social beliefs and values are promulgated through a population, and we can be realist about the particular content of those belief systems themselves.

Ironically, this position seems to converge in an unexpected way with two streams of classical social theory. This approach to social consciousness resonates with some of the holistic ideas that Durkheim brought to his interpretation of religion and morality. But likewise it brings to mind Marx’s views of the determinants of social consciousness through objective material circumstances. We don’t generally think of Marx and Durkheim as having much in common. But on the topic of the material reality of ideas and their origins in material features of social life, they seem to agree.

These considerations seem to lead to a strong conclusion: critical realism can be as insightful in its treatment of objective social structures as it is in study of “subjective” features of social consciousness and identities.