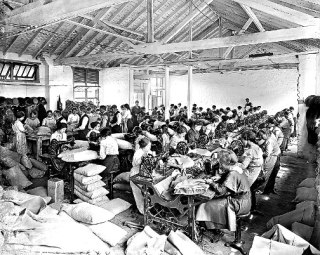 John Levi Martin argues in The Explanation of Social Action

, among other things, that we need to understand the social world through the ways it is experienced by participants. “Sociology and its near kin have adopted an understanding of theoretical explanation that privileges ‘third-person’ explanations and, in particular, have decided that the best explanation is a ‘causal’ third-person explanation, in which we attribute causal power to something other than flesh-and-blood individuals” (kl 75). He thus criticizes sociological theorizing because it is third-person and aims to explain social arrangements in terms foreign to the participants.

But this is really what the act of “theorizing” always involves, and why it is important. The social world always exceeds the vision of the participants, and though Levi Martin cringes at the thought, there are in fact distant, unseen structures and systems that constrain local experience. The role of theory — one role, anyway — is to discover in thought what some of those systemic processes and forces are. “Capitalism,” “trading system,” “sugar-cotton-slave nexus,” “finance capital,” and “bourgeois ideology” are all theoretical formulations designed to connect the dots — to draw attention to the systems within which everyday experience takes place. And those systems exist and have consequences for individuals at all levels of agency — beliefs, assumptions, purposes, incentives, and constraints.

Take the complex of ideas associated with Marx’s conception of materialism as an example, and put yourself in a particular historical setting–say British factory expansion in the 1830s and 1840s. Participants at every location had perceptions and ways of talking about their experiences. The recently “freed” factory worker in Manchester had his perspective; the dockworker in London had his; the “putting-out” spinner had hers; the Caribbean slave had his and hers; and likewise the baker, the tailor, and the candlestick maker. For that matter, Marx, Engels, and Carlyle were participants too, and they made their own efforts to conceptualize and explain their experience. They wanted to say what was going on.

But here is the crucial point; none of them really got it. They got parts of the story — the harsh conditions in the factory, the swirl of new finance activity, the overseers’ whip, the living conditions in slums in Birmingham, Manchester, and London, the stench of the River Irk, and much else. But none was in a position to perceive the relationships among these social locations.

These are all fragments of the picture, and as Marx insisted in Capital when he discussed commodity fetishism — some of these perspectives conceal rather than expose the system of social relations that was emerging. It took something else in order to cognize “emerging capitalist urban industrial society”. Carlyle did his part (he coined the phrase, the “cash nexus”); so did Engels and Marx; and so have Gramsci and Wallerstein. Theorizing was necessary in order to transform the partial and sometimes mystifying bits of ordinary experience into a more revealing system-level understanding. The worker perceives the temporal coercion of the factory; but he and she do not perceive the larger social structures that explained that system of organization.

Is the participant-level even the right perspective from which to try to identify an explanation? I don’t think so. Were conditions in this factory harsh because this owner was hostile or cruel towards these particular workers? No, rather because the competitive environment of profitability and accumulation created an inexorable race to the bottom. So we can’t explain this factory’s working conditions by referring to specific features of this factory and its owner. This logic is spelled out very clearly in Capital, and it is a system-level characteristic.

Here is what Levi Martin has to say about this line of argument, early in ESA. He paraphrases the argument in these words:

Actors may see the little picture — particularities that while undeniable are still ignorable — but they do not produce the sweeping abstractions that have important implications across many domains of social life. It is these general abstracts that, when linked in some system, deserve the credit of behing “theory, and the more surprising the implications — the less they agree with the particular, everyday knowledge of actors — the more brilliant the theory is if confirmed. (kl 104).

It is plain that L-M does not accept this move from the particular local knowledges to a more abstract “theory” that connects the dots. He favors instead a mode of theorizing that derives from phenomenology:

Phenomenology in this sense is the study of how every-day people orient themselves to the world and how they determine what needs to be done. (kl 152)

But it is likely that no one within the emerging factory system in Manchester or Birmingham would have experienced the system-level factors that shaped the emergence of that system. The self-conception of the capitalist factory owner is “modernizer,” “bringer of better life prospects to immigrant Irish peasants,” or “contributor to a new Britain” — not “cog in a system of profit-maximizing competition where to lose one’s footing in pushing costs down is to drown.”

So how do distant, impersonal social forces impinge on local experience? This is the nexus that draws the greatest skepticism from Levi Martin. But it isn’t particularly difficult to answer. Take the rapid development of tenements and slums that Engels describes in The Condition of the Working Class in England

. The expansion of trade, rapidly rising demand for finished goods, and the workings of financial markets are the distal causes that shaped the choices of capitalists, city fathers, and legislators, and these choices compounded to the misery described by Engels. This is the value of Immanuel Wallerstein’s work; he helps demonstrate these distal relations and systemic interrelationships (The Modern World-System I: Capitalist Agriculture and the Origins of the European World-Economy in the Sixteenth Century, With a New Prologue

).  And I don’t think that Wallerstein’s work is at all incompatible with an actor-centered, microfoundational view of social causation.