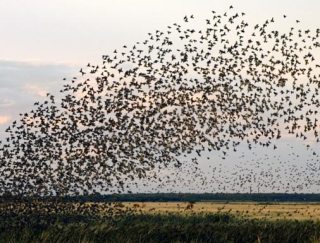 in 1990.  He was a somewhat iconoclastic sociologist, in that his approach to social theory was grounded in an actor-centered view of the social world. He was a rational-choice theorist in a world of sociologists who usually have a lot of skepticism about rational-choice models of social action.

Here is how Coleman describes two basic approaches to sociology in “Social Capital in the Creation of Human Capital” (link; 1988).

There are two broad intellectual streams in the description and explanation of social action. One, characteristic of the work of most sociologists, sees the actor as socialized and action as governed by social norms, rules, and obligations. The principal virtues of this intellectual stream lie in its ability to describe action in social context and to explain the way action is shaped, constrained, and redirected by the social context.  The other intellectual stream, characteristic of the work of most economists, sees the actor as having goals independently arrived at, as acting independently, and as wholly self-interested. Its principal virtue lies in having a principle of action, that of maximizing utility. This principle of action, together with a single empirical generalization (declining marginal utility) has generated growth of neoclassical economic theory, as well as the growth of political philosophy of several varieties: utilitarianism, contractarianism, and natural rights. (S95)

Coleman indicates here that his distinctive approach to sociology attempts to combine both streams; but this isn’t quite accurate.  Really, his treatment of norms, rules, and organizations is grounded in the rational-choice framework; he seeks to incorporate normative behavior into the orbit of rational choice.  Fundamentally, then, Coleman’s social theory is a microfoundational attempt to show how a range of social patterns, institutions, and organizations can be explained in terms of the rational choices of the actors who are involved in those patterns.

The elementary actor is the wellspring of action, no matter how complex are the structures through which action takes place. For the theory of this book, the elementary actors as described so far constitute extraordinarily simplified abstractions of human individuals. They are hedonic creatures, who experience satisfaction to differing degrees from the outcomes of various events and from the acquisition or consumption of various resources. The expectancy of such satisfaction leads an individual actor to act in a way intended to increase it. (Coleman 503)

This description is aggressively weighted towards a “thin” theory of action, and it is difficult to see where the ideas of socialization and norms can come into the picture.  It is a remarkably sketchy theory of human action; it is designed to permit mathematical modeling rather than to provide a language in terms of which to describe ordinary human behavior.  It is wholly non-contextualized; it provides no nuance in terms of other factors that might influence thought and action; and it erases all that is concrete and historical from human action.

A distinctive aspect of Coleman’s view is his willingness to countenance corporate actors as actors.  Natural, biological actors are one particularly kind of agent; but in Coleman’s model of social action, there are actors at a range of levels of social aggregation.

In each case an actor is defined in terms of a set of interests and goals, a set of beliefs about the environment of choice, and a decision rule.  These assumptions permit the theorist to reason about choices and interactions in complex social settings.  These actors can then be introduced into an aggregative model to simulate the consequences of their choices.

So what about norms?  How do norms play into Coleman’s conception of social action?

The concept of a norm, existing at a macrosocial level and governing the behavior of individuals at a microsocial level, provides a convenient device for explaining individual behavior, taking the social system as given. …

Durkheim began with social organization and in a part of his work asked, “How is an individual’s behavior affected by the social system within which he finds himself?” Answering this requires not the three components of social theory that I outlined in the first chapter of this book but only one — the transition from macro to micro. (241)

Coleman’s inclination is to explain norms as conventions that are in some sense advantageous over the long term for those who adopt them.  Norms have a substantial rational or prudential core; they depend on something like a social consensus about their value.

I will say that a norm concerning a specific action exists when the socially defined right to control the action is held not by the actor but by others. (243)

A norm may be embedded in a social system in a more fundamental way: The norm may be internal to the individual carrying out the action, with sanctions applied by that individual to his own actions.  In such a case a norm is said to be internalized. (243)

The emergence of norms is in some respects a prototypical micro-to-macro transition, because the process must arise from individual actions yet a norm itself is a system-level property which affects the further actions of individuals. (244)

It is hard for me to see that this construction could provide a promising framework for doing substantive sociological research.  The theory is ideal for the purpose of modeling stylized interactions and complexes of social actions.  It provides a malleable basis for simulation of social situations.  But it abstracts from the rich complexity of human agency in a way that seems assured to lead to failure when applied to real social phenomena.  Virtually every theory of agency acknowledges the importance of “purposiveness” within a theory of action.  So rational choice has a role to play within an adequate theory of the actor.  But the deficiency of this hyper-abstract rational-choice axiomatization of action is precisely that it assumes away the complexity and multi-dimensionality of real human action.  Here is an earlier post that sketches some of the other factors that need to be included in a messy theory of the actor.