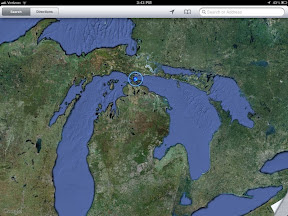 The Mackinac Policy Conference brings forward something new this year — optimism. The state of Michigan has been hammered in the past eight years by the upheaval of the auto industry and the national trauma of the global financial meltdown. Unemployment has been substantially higher than the national average, the city of Detroit has hemmorhaged deficits, and the state’s levels of support for higher education, K-12, and community health have plummeted.

The annual policy conference of the Detroit Regional Chamber of Commerce has reflected a lot of this bad news for the past eight years. This year, though, the mood seems to have changed. There is optimism being expressed that Michigan is on the road back to growth and a higher level of prosperity. Presidents of the University of Michigan, Wayne State University, and Michigan State University talk about the impact created by university research (about two billion dollars annually, producing lots of new discoveries and patents). The Governor talks about reform of government and a business-friendly environment thanks to several recent tax reforms, and talks about the importance of education at all levels. And business leaders, including Bill Ford Jr., talk about the recovery of Michigan’s businesses and innovative manufacturing. Michigan has the foundations in place for a more prosperous future.

So how much credibility does this new optimism have? A few measures are certainly positive. The state’s unemployment rate is dropping to almost the national rate, about 8.5%. There has been a degree of jobs recovery, though still only a fraction of the 800,000 plus jobs the state has lost. Engineering and medical discoveries are finding their way into new businesses from Detroit to Ann Arbor to Houghton. The state’s budget is somewhat more favorable than in previous years, including a likely increase in higher education funding by several percent.

And yet it is also true that several factors are unchanged or even worse. As the Governor mentioned, eight Michigan cities are “distressed,” with emergency managers or consent agreements in place. The inequities suffered by the state’s African-American and Latino populations in health, education, and employment continue unabated and often unnoticed. The unemployment rate in Detroit is astronomical, especially for young people. Municipal tax revenues have plummeted because of changes in state revenue sharing and across-the-board declines in property values. And the state still has a low rank when it comes to college educated adults. The tax reforms created by the Governor and Legislature were certainly business-friendly, but they were regressive in the extreme, with significant reductions in services for the elderly and the poor. And the Citizens Research Council frankly states that it isn’t possible to assess the net effects of the tax reforms on jobs and quality of life.

So the interesting question for me is to consider how much of the currently more favorable trajectory can be attributed to wise decisions and plans by policy makers and business leaders, and how much is simply the result of a new roll of the dice in the national economy. So far I haven’t been convinced that there are high-octane strategies for growth, either nationally or regionally. There are some circumstances that clearly impede growth and economic recovery — corruption, unmanageable bureaucracy, predatory actions by powerful private actors, and cronyism, to name several. So addressing these frictions impeding economic development makes logical sense. Likewise, promoting education and talent is surely favorable to economic progress, and enhancing the infrastructure (roads, rails, bandwidth, airline hubs) surely helps too. But Michigan has done almost nothing in the second group and little in the first group.

It is interesting that the keynote speech at Mackinac was by Tom Friedman, presenting the main ideas of his current book, That Used to Be Us: How America Fell Behind in the World It Invented and How We Can Come Back

. And though he insists that his view is optimistic at the national level, it’s hard to square that with the substance of his argument. He argues that the global interconnected world requires constant re-creation of ourselves and our practices, especially in the economic sphere; and that the US is not rising to this challenge. This doesn’t really sound like optimism.

The path I’d like to see our state pursue is one that respects the demands of social equity as well as growth, so all Michiganders benefit from the progress we seem at last to be experiencing. That will require more explicit choices than we’ve made to date. And it will require re-investment in social goods that have been reduced in recent years.