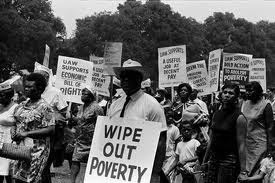 Our elected officials are charged to do their best to create legislation and policies that work best to secure the important life interests of all citizens. Can we take that as a shared assumption? This is how we want it to work, and we feel morally offended when legislators substitute their own wants and opinions for those of the public.

If this is a fair description of the role obligations connected to elected office, then there are some important discrepancies that arise when we look at the actual work that legislators do, both nationally and at the state level. For example, a striking number of legislators bring their own personal and religious convictions into their work. Legislators all too often attempt to draft legislation that furthers their moral opinions on issues like stem cell research, gay marriage, abortion, and even birth control. But given that reasonable and morally grounded people disagree about these issues, how could they possibly be the legitimate object of legislation? Legislation needs to be designed to treat all citizens equally and fairly, so how can the personal moral or religious opinions of the legislator ever be a legitimate foundation for legislation? How is it any different from a legislator who tries to steer a highway project over a particular piece of land in order to favor his own business interests? In each case the legislator is substituting a personal interest for the public interest as a foundation for legislation.

Or how about this puzzle: every state in the country has serious problems of poverty and discrimination. That means that every state has a percentage of its citizens who live under demeaning and impoverishing circumstances. And in many cases this current fact derives from a past history of segregation, discrimination, and unfair treatment. These problems are urgent and pressing. If the responsibility of legislators is to identify and address urgent, pressing problems, they ought to be intensely interested in poverty, discrimination, and racial disparities. So why is it that virtually all governors and state legislators continue to ignore these facts — even when their own departments of human services are fully able to document the human results of these facts about poverty? Why is it virtually impossible for elected officials to address the facts of racial inequality in American cities? Can we imagine a legislature in Illinois, New York, Florida, or Michigan undertaking a serious debate to decide how best to address racial disparities in the state? And yet — doesn’t the fact that legislators are responsible for preserving and enhancing the quality of life of all citizens simply require honesty and action about these facts?

There seem to be a couple of reasons why that kind of honest debate does not occur. One is the position of relative privilege from which elected officials are usually drawn. It is possible to lose sight of unpleasant truths about your own society when they don’t really impinge on your own daily life. And it is possible to tell a story of “progress and problem solving” that succeeds in papering over the unpleasant truths.

Another possible interpretation is a regrettable hard-heartedness that many people have in the face of poverty. “There is nothing to be done; the poor bring their deprivation upon themselves; the poor are different from the rest of us.” These attitudes are all too common in our politics, and they often get intertwined with a long history of racialized thinking as well.

I think there is another possibility as well that has more to do with “problem cognition”. An honest politician may accurately perceive the human cost of persistent poverty, and he/she might also have a sincerely empathetic response to these perceptions. But this politician may be wedded to a particular theory of social change that leads him or her to discount the systemic features of the poverty he sees. For example, the “jobs, jobs, jobs” mantra may push out other more nuanced theories about how poverty and the inequalities of race can be addressed. If you think that the cause of poverty is simply the unemployment rate, then you may feel justified in ignoring race and paying attention to business growth. but this is a mistake. Racial disparities and inter-generational poverty are created by specific, durable institutions, and they can only be attacked on the basis of intelligent and specific strategies. Trickle-down economics doesn’t work for specific segments of America’s population.

So how can disadvantaged Americans get the sustained attention of their legislators? How can poverty, segregation, and discrimination get the place on the public agenda they deserve to have? The classic answer offered by American politics is simple: mobilize, elect some legislators if your own, and find ways of challenging those legislators who continue to ignore your issues. There’s just one problem with this: there isn’t much history of success in the US for poor people’s movements. I suppose specialists could offer some reasons for why that would be true — poor people don’t vote, poor people are distributed in small numbers over numerous districts, poor people can be misled by political rhetoric too — but it’s hard to think of parties or majorities who have paid serious attention to poor people’s issues. (How much political influence does the homeless guy selling the homeless people’s newspaper on Main Street really have?)

So getting government and elected officials to place poverty on the action agenda is hard work, and the officials themselves are unlikely to lead the way. This implies — to me anyway — that anti-poverty, anti-racism organizations will need to take the lead. There are such organizations in every city. Are there ways for them to gain more influence?

(Frances Fox Piven and Richard Cloward offer a classic interpretation of the challenge of bringing poverty into politics in Poor People’s Movements: Why They Succeed, How They Fail