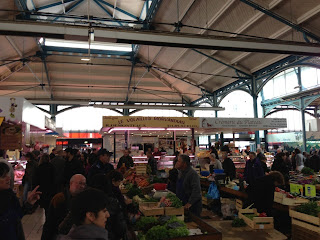 We can examine social life at many levels of granularity — from ordinary individual social behavior to small groups to cities and regions to the global system of communication and extraction. Is there any basis for thinking one level is better than another for the social sciences?

There are two kinds of considerations that might be used as grounds for answering this question. One is about scientific feasibility and the other is about explanatory scope.

The feasibility line goes this way. It might be that higher level social phenomena are substantially less orderly than lower level phenomena. This means that we might be able to arrive at more confident and comprehensible analysis at the lower level than the higher level. Features of indeterminacy, contingency, and complexity might mean that we can’t expect to have strong and empirically well supported analyses of ensembles like cities or trading systems. And we might find that studies of individual-level social behavior are more tractable and empirically defensible.

The explanatory scope consideration cuts in the opposite direction. We would like to be able to explain processes like urbanization, ethnic conflict, and the social role of religion. These processes are very interesting, and they are consequential as well. So we would like to have some reliable hypotheses about some of the causal dynamics that animate them. And studies that focus on individual-level processes may not shed much light on these higher-level processes.

There is something appealing about a definition of the social sciences that tries to answer the actor-level kind of question: what are the drivers of real social behavior, in a variety of settings? What are the springs of individual action? How do environment and experience influence people’s actions? This approach would fall within the sociological theory of the actor; it would largely overlap with social and developmental psychology, with a scoop of ethnomethodology on the side.

And this approach wouldn’t be wholly limited to the individual. Some of the learning we do about cooperation, aggression, and social cognition might well provide a basis for explanation of high-level social phenomena such as ethnic conflict or the spread of agricultural practices.

But it also seems credible that we can learn some important things about the higher-level processes and structures as well. Political scientists have some robust ideas about how institutions work. Economists have succeeded in identifying some of the dynamics of trading systems and technology change. Urban sociologists are able to discern some of the processes of neighborhood transformation. So it is clear that there are higher level social processes, structures, and systems that are amenable to empirical and theoretical study.

A nice conjunction of research projects that illustrate this point can be found in the study of modern cities. Al Young (The Minds of Marginalized Black Men: Making Sense of Mobility, Opportunity, and Future Life Chances) and Loic Wacquant (Urban Outcasts: A Comparative Sociology of Advanced Marginality) provide ground-level studies of the actors who make up the inner city. Robert Sampson’s Great American City: Chicago and the Enduring Neighborhood Effect offers a meso-level account of how neighborhoods work, and some of the causal relations that can be discerned at the level of the neighborhood. Thomas Hughes’ Networks of Power: Electrification in Western Society, 1880-1930 demonstrates how a major technology like electric power is both structured and structuring within the urban systems in which it is introduced. And Saskia Sassen’s The Global City: New York, London, Tokyo provides an account of systematic interrelations among cities in a global network. Each of these studies sheds light on how cities work; they do so at different levels of granularity; and each study brings with it an admirable degree of empirical and theoretical rigor.  Each of them tells us something novel and non-trivial about how cities function. (There are prior postings on each of these authors: Young, Wacquant, Hughes, Sassen.)

This suggests something pretty moderate and pluralistic: that there is valid and important social research to be done at many levels of social organization. We won’t find a unifying science of everything. But we can do social science research at many levels in ways that respect the heterogeneity of the social world while also shedding light on the workings of some important social and causal processes. There is no privileged level of research to which we should limit our social-science gaze.