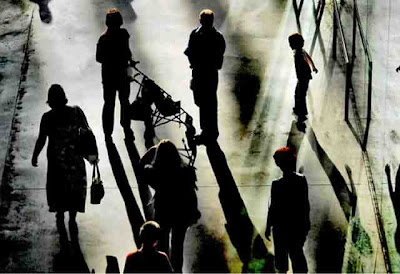 The key idea of moral character is that the actions individuals choose are influenced by enduring features of their mentality. Unlike the situationist who looks at each situation of choice as a solution to achieving goals given current circumstances (Gilbert Harman, “Moral philosophy meets social psychology” link; John Doris, Lack of Character: Personality and Moral Behavior), a character theory maintains that choice derives in part by perduring features of the self. We might say that an individual’s choices over time reflect a “style” of action that corresponds to these underlying features of personality and character.

An example will be helpful. Let’s say that fidelity is the virtue of honoring one’s commitments. A person who has acquired the habit of fidelity will be more likely to keep promises even in circumstances where there are short-term advantages in breaking them. So fidelity is a motivational counterweight to impulse and opportunism. There are other counterweights that also work — for example, what Elster describes as foresight is also a bulwark against myopic opportunism. The foresightful person is able to take longterm interests into account and thereby avoid the error of myopia. But an embodied habit of fidelity does the work well.

This brief example suggests two kinds of questions. First, do individuals actually demonstrate the workings of such a virtue in their actual behavior, and are there observable differences in the strength of this factor across individuals and groups? And second, how does this character trait develop in the course of maturation in typical individuals? What circumstances or experiences either strengthen or weaken the trait?

Personality psychology and social psychology offer experimental means for exploring the first set of questions. Much of this research takes the form of behavioral experiments along the lines of the Milgram experiment, apparently demonstrating that human beings are more ready to behave badly than we would have expected. (This experiment is described in the Harman article mentioned above.)  These experiments involve selection of a set of volunteer subjects and a carefully designed task that will probe their behavioral dispositions. Here is a study that attempts to measure the distribution of trust across a population; link.

A different approach is offered by David Winter, a personality psychologist who studies personality traits at a distance — historical figures and political leaders. Winter offers an accessible summary of his research in “Things I’ve Learned About Personality From Studying Political Leaders at a Distance” (link). Here is how he describes the “distance” point:

Denied direct access, those who study political leaders, past and present, have had to develop a variety of indirect means for measuring personality ‘‘at a distance” (see, for example, the recent collections of articles in Feldman & Valenty, 2001, and Valenty & Feldman, 2002). Some researchers look for patterns in known bio-graphical facts (Post, 2003), perhaps using formal systems of clinical diagnostic categories (Immelman, 1993, 2002). Others ask experts to rate leaders by using standard personality rating scales (Rubenzer, Faschingbauer, & Ones, 1996, 2000) or Q-sorts (Kowert, 1996). There is, however, one kind of data from political leaders that is produced and preserved in abundance—namely, words. Thus, many at-a-distance researchers do content analyses of leaders’ verbal or written texts: speeches, interviews, and even government documents (see Winter, 1992). It is thereby possible to measure a wide variety of personality characteristics of otherwise inaccessible people: for example, integrative complexity (Suedfeld & Rank, 1976), explanatory style (Satterfield & Seligman, 1994), nationalism, and internal control of events (Hermann, 1980)

The second question has been treated in very different ways. One aspect of character formation, we sometimes believe, stems from the strong experiences we have had in our lives. Another view is that our character took shape through exposure to the actions of role models. An interesting current approach to this question is provided by an interesting recent book in naturalistic ethics by Mark Alfano, Character as Moral Fiction.  Alfano repeats a call for what I refer to as a theory of the actor:

The clarion call of the revival of virtue ethics was Elizabeth Anscombe’s feisty “Modern Moral Philosophy” (1958). She claimed that it is not worthwhile to do ethics until we possess a proper philosophy of psychology — one that provides a theory of reasons, motives, and dispositions inter alia. (17)

He takes a provocative view on the status of virtues in real human actors. He argues that virtues are shaped in the individual by the commendations and criticisms that are offered by the individual’s proximate community during development and adulthood.

Traits like callousness, courage, greed, dishonesty, generosity, and tact are dispositions to act and react in characteristic ways. (2-3)

I shall argue that though most people do not think, feel, and act in ways that traditional normative theory would describe as virtuous …, we should still attribute the virtues … to one another because these attributions tend to function as self-fulfilling prophecies. Calling someone honest … will lead him to think, feel, and act more honestly in the future. (9) When this happens, I call it factitious virtue. (10)

What is clear is that there is a very large domain for empirical research that is created around the moral psychology associated with character and virtue, and that this research is important for the purpose of refining our theory of the actor. Philosophers, sociologists, and psychologists have an interest in arriving at the most illuminating research in this area possible.