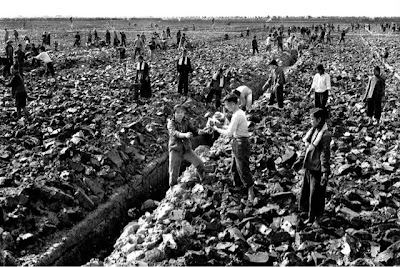 The Eurasia Project on Population and Family History represents an innovative and important genre of comparative historical research. Lead scholars in this project include James Lee, Cameron Campbell, Tommy Bengtsson, Norika Tsuya, Satomi Kurosu, and George Alter, as well as many others. The first two volumes of research from the project, Life under Pressure: Mortality and Living Standards in Europe and Asia, 1700-1900 and Prudence and Pressure: Reproduction and Human Agency in Europe and Asia, 1700-1900, appeared in 2005 and 2010, and the most recent volume Similarity in Difference: Marriage in Europe and Asia, 1700-1900 is about to appear. The first volume addresses variations in mortality, the second addresses fertility, and the most recent addresses nuptiality. Taken together, the three volumes provide an encompassing treatment of the main parameters of demographic behavior. (Also of interest is Living Standards in the Past: New Perspectives on Well-Being in Asia and Europe (2005), which provides a rigorous analysis of what is known about real wages and living standards across many locations in Europe and Asia.)

The EAP project is an approach to historical demography that is intended to provide a substantially more detailed understanding of the historical trajectory of demography in different parts of the Eurasian land mass—population size, nuptiality, fertility, mortality, etc., as well as a more empirically constrained set of hypotheses about the causes of changes in these factors over time. This research represents an important example of collaborative “large science” in the historical social sciences, in that it involves research teams at a number of centers in Europe, Asia, and the United States who have agreed on a set of standards on the basis of which to represent and analyze the demographic data they have collected. In the aggregate, the study makes use of 2.5 million longitudinally linked individual records in over a dozen locations across Eurasia. Research teams are focusing on detailed demographic records in community-sized locations across Eurasia, including Sweden, Belgium, Italy, Japan, and China, and these researchers aim to provide analysis of their findings that is sufficiently structured as to permit rigorous comparison across cases.

​The researchers describe the project in these terms: “New data and new methods … have begun to illuminate the complexities of demographic responses to exogenous stress, economic and otherwise.… Combined time-series and event-history analyses of longitudinal, nominative, microlevel data now allow for the finely grained differentiation of mortality, fertility, and other demographic responses by social class, household context, and other dimensions at the individual level” (Bengtsson et al., 2004, pp. viii-ix). Their goals are ambitious — to provide detailed, analytically sophisticated multi-generational studies of a number of populations across Eurasia. The studies are intended to permit the researchers to probe issues of causation as well as to identify important dimensions of similarity and difference across regions and communities.

​A key to this approach is to have assembled comparable micro-level longitudinal demographic data in different geographic locations across Europe and Asia. The research groups have attempted to arrive at a micro-picture of the individual-level demographic events with individual, relationship, and household characteristics; to put together a timeline of “stress”; and to see how outcomes for people’s demographic events behave in relationship to the patterns of change in environmental and economic characteristics. This allows them to probe the ways in which varying social and economic institutions—family structure, economic niche structure, state food subsidy practices—influence people in different places.

The project has also made important innovations in the statistical methods that can be used within historical demography. Alter (1988), Lee and Campbell (1997), and others have led the way in creating methods based on event-history analysis for allowing statistical analysis of demographic events at the individual-community level, and this is an important innovation relative to the techniques used to establish large population parameters of demographical behavior. George Alter’s use of these methods is described in a prior post.

​An important historiographic feature of this work is the decision the researchers have made about the scale of groups to be studied. The work is not intended to tell the demographic story of the nations in which the communities under study exist, but rather to provide detailed snapshots of local populations over extended periods of time. Lee, Campbell, and Bengtsson write, “Our focus on comparison of communities, not countries, represents a new approach in social science history. While we generalize about certain aspects of human behavior, we do so within the cultural, economic, and historical contexts of specific communities, not at the national level” (Bengtsson et al., 2004, p. 7).

​This research is distinguished by several important features. First, it attempts to combine aggregate and individual levels, building aggregate conclusions from analysis of individual-level data. Second, it is deeply comparative, in that these groups deliberately attempt to identify similarities and differences at both extremes of Eurasia and within Europe and Asia. Third, this research project examines the “large-scale processes and implications of the fertility and mortality transitions,” and to do so in a way that permits comparison across regions. Finally, the research attempts to evaluate the large hypotheses (especially Malthusianism) concerning differences in demographic regimes between Europe and Asia. So the Eurasia Project on Population and Family History is both micro and macro, with a coherent method for joining the two levels; it is comparative; and it is intended to provide a basis for discovering causal relationships among factors that influence demographic outcomes.

​The Eurasia Project approach tends to downplay the “large” common institutions at the national level and to emphasize instead the local institutions that directly contact and constrain individuals. These researchers also emphasize the degree of variability that exists across societies and local settings with regard to demographic behavior. Some of the local and regional social and cultural regimes that the authors identify and explore as causal variables in explaining outcomes include family structure, public provisioning systems for food emergency, wealth and class, and land tenure.

​Another important implication of this research pertains to the viability of the Malthusian hypothesis about macro-demography. The authors find that their results refute the Malthusian conclusions and generalizations about positive and preventive checks and Europe versus Asia. They find that family practices, demographic institutions, and economic settings vary sufficiently across the map of Eurasia as to make it impossible to arrive at grand differentiating statements about European and Asian demography (or English and Chinese demography). In particular, they find that the evidence shows that Chinese demographic behavior resulted in fertility rates that were broadly comparable to those of Western Europe.

​There are still some important generalizations to be made about Europe and about Asia with regard to demographic patterns; but there are also cross-cutting similarities in some regions of Europe with some regions of Asia, and there are important differences across both Europe and Asia. This finding illustrates a highly important common thread that emerges from comparative economic history in many areas—that regions contain substantial variation within their boundaries, and that these variations may sometimes be as significant as those across regions.

This body of research represents a pivotal contribution to the way that we think about the past and pursue its history. The contributors show the highly complex and diverse patterns of the standard of living and demographic behavior in the pre-industrial period. The general picture emerging from these studies is not one of a great divergence between East and West during early modern times, but instead one of considerable similarities. These similarities not only pertain to economic aspects of standard of living but also to demography and the sensitivity of population behavior to economic fluctuations. Perhaps once and for all we can put Malthus out of the center stage when we think about historical population behavior! 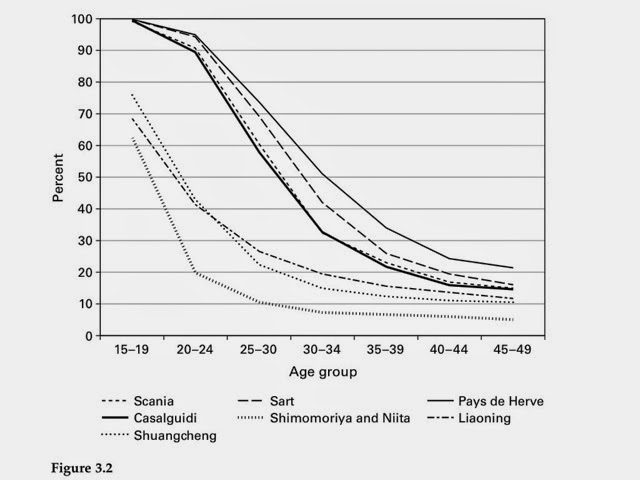