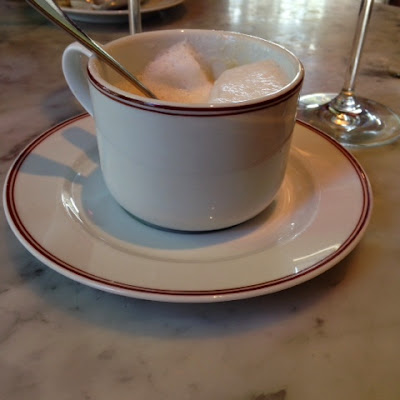 In Late Modernity: Trajectories towards Morphogenic Society Margaret Archer and several talented collaborators attempt to lay out a framework of thinking that will permit them to better conceptualize the nature of change the modern social world. The book continues a process of reflection and collaboration that began last year with the publication of Social Morphogenesis. Ultimately the aim is to create a full theory of “morphogenic society” based on Archer’s concepts of morphostasis and morphogenesis. The idea of a morphogenic society is the notion that something important has happened historically to change the relationship between stasis and genesis (structure and agency) in the social world, and that the modern world embodies a significantly different kind of social change than earlier epochs. (Here is a discussion of Social Morphogenesis (link), and here is an earlier discussion of Archer’s theory of morphogenesis (link).)

Here is a helpful statement of Archer’s general approach in her current work:

Both the celebration of contingency and the importance attached to acceleration are hostile to the morphogenetic approach, as a framework for explanation that generically examines the sequence {structural / cultural conditioning → social interaction → structural / cultural elaboration or stasis}. This entails examining the specific ‘what’, ‘why’, ‘whom’ and ‘how’ of particular changes or instances of morphogenesis / morphostasis. Instead, both ‘liquidity’ and ‘acceleration’ theorists eschew such specification and the ultimate aim of detecting underlying ‘generative mechanisms’ in favour of talking metaphorically about ‘flows’ and ‘speed’. Thus, both ignore the growing predominance of positive feedback over negative feedback (morphogenesis over morphostasis) as the rock-bottom mechanism that makes considering the advent of Morphogenic society (in multiple forms) worthy of being entertained — the agnostic aim of this series of books. (Late Modernity, kl 178)

This passage captures the core of the morphogenetic approach. Archer is consistent in referring to these three “moments” of the M/M sequence, which she breaks into three phases T1, T2-T3, T4:

At the risk of over-simplifying, we might summarize her view in these terms. Her view is that each phase involves constraints on action and interaction. T1 involves the large structural and cultural contexts in which individuals take shape and act. T2-T3 involves the interactions of individuals who bear interests and group identities and who strive to bring about outcomes that favor those interests and identities. And T4 represents a new formation (elaboration) of a complex of structural and cultural constraints. (It is striking how closely this summary resembles the theory of strategic action fields put forward by Fligstein and McAdam; link.)

An important line of criticism that comes through this volume is a persistent critique of unanalyzed ideas about speed and acceleration. “The modern world changes rapidly”; what does that tell us if we haven’t specified the dimensions and clocks according to which we measure the speed of a process? So the language of speed is simply uninformative, according to Archer and her collaborators.

More specifically, Archer and her colleagues take issue with the metaphor of “liquid modernity” as a way of understanding the contemporary world.  (Here is my earlier discussion of Zygmunt Bauman’s development of this idea; link.) Archer takes aim at the intuition that the contemporary social world is highly contingent and plastic (a central theme of a number of earlier postings here). She criticizes “liquid modernity” in these terms:

Labile ‘flows’ comprehensively displaced and replaced the determinate (not deterministic) influences of social structure and cultural systems on tendential change or stability. As structure and culture were pulverised under the tidal bore of liquidity, so was agency condemned to serial self-reinvention. (kl 166)

Archer’s complaint against liquid modernity (LM), then, is what she takes to be its extreme version of plasticity on the part of structures, cultures, and actors. LM views the individual as a free-styler, pursuing fleeting purposes and impulses within fast-changing circumstances, with the result of a form of chaotic Brownian motion in the social world.

She prefers substantive analysis of the social world organized around the poles of morphostasis (the mechanisms that preserve the properties of a social structure or cultural feature) and morphogenesis (the generative mechanisms of change that work to disrupt and change the existing structure and cultural elements). Both are critical and persistent features of the social world, and it is absurd (she believes) to imagine that modernity consists exclusively of morphogenesis unbound (7).

Archer puts the central question of her current work (and that of her active collaborators) in these terms:

Is some degree of enduring stability necessary amidst intensifying social change? Do agents and actors need this in order to plan their own lives and the courses of action they will take in the social order? (kl 152)

Of course the answer to this question, when considered in its most extreme version, is “yes”, for reasons much the same as those that led Kant to believe that the categories of space, time, and causation were necessary synthetic apriori. If there were no continuing stability in the social world from one hour to the next, then planning and action would be impossible. The harder question is this: how much stability is necessary for intelligible action within the social world? And the answer seems to be, rather less than Archer believes.

An important complexity in Archer’s account of stability is the fact that she believes that the processes of change (morphogenesis) can create their own conditions of stability and continuity that transcend the traditional forms inherited from the morphogenetic past. So the opposition is not between morphostasis and morphogenesis, but between activity and various forms of stability, both morphostasis and morphogenesis. “The alternative — not always recognized — is that there are forms of ‘stabilization’ produced by morphogenesis itself that furnish an equally adequate (and more consonant) basis for planning activities” (14). And this turns out to be a point to which Archer attaches a great deal of importance (19).

Several contributions to the volume are particularly noteworthy, in addition to Archer’s own introduction and her substantive contribution on “The Generative Mechanism Re-configuring Late Modernity”.

First, Douglas Porpora’s contribution to the volume (“Contemporary Mechanisms of Social Change”) is a valuable extension of the framework. Porpora relates the morphostasis/morphogenesis approach (MM) to Marx’s famous aphorism concerning structure and agency (78). Here is my own reflection on Marx’s aphorism in a post on actor-centered history (link):

In Marx’s famous contribution to the philosophy of history, he writes that “men make their own history; but not in circumstances of their own choosing.” And circumstances can be both inhibiting and enabling; they constitute the environment within which individuals plan and act. It is an important circumstance that a given time possesses a fund of scientific and technical knowledge, a set of social relationships of power, and a level of material productivity. It is also an important circumstance that knowledge is limited; that coercion exists; and that resources for action are limited. Within these opportunities and limitations, individuals, from leaders to ordinary people, make out their lives and ambitions through action.

On this line of thought, history is a flow of human action, constrained and propelled by a shifting set of environmental conditions (material, social, epistemic). There are conditions and events that can be described in causal terms: enabling conditions, instigating conditions, cause and effect, … But here my point is to ask the reader to consider whether this language of cause and effect does not perhaps impose a discreteness of historical events that does not actually reflect the flow of history very well. History is continuous and analog; causal structures are discontinuous and digital.

What all of this suggests to me is an alternative way of thinking about history that has a different structure from the idea of history as a stream of causes and effects. This approach might be called “actor-centered history”: we explain an epoch when we have a story about what people thought and believed; what they wanted; and what social and environmental conditions framed their choices. It is a view of history that sounds more like composing a biography of a complex individual than it does telling the story of a bridge collapse. And it is a view that gives close attention to states of knowledge, ideology, and agency, as well as institutions, organizations, and structures. (Little, Understanding Society link)

This short reflection on actor-centered history seems to have significant affinities with the morphogenetic approach.

Porpora provides an analysis of four large causal mechanisms of social change in his piece:
And he believes that these large causes work conjuncturally to bring about many of the large processes of change that we witness in the modern world: “Change derives from a conjuncture of different mechanisms, some but not all of which can be traced back to capitalist relations” (88).
Pierpaolo Donati’s contribution, “Morphogenic Society and the Structure of Social Relations”, is also of interest. Donati focuses on the nature of social relations as the “connectors that mediate between agency and social structure” (143). Though he does not use the terminology, it is possible to regard his work here as an effort to provide some of the microfoundations of the processes of morphogenesis that are postulated by Archer’s approach. Donati refers to the social relation as the “molecule of the social” (153), a concept that I’ve turned to in my explication of the idea of methodological localism (link). This volume, like its companion, Social Morphogenesis, is an impressive demonstration of the value of collaborative research in social theory and the philosophy of social science. It is evident that the contributors to the two volumes have developed their ideas in interaction with each other, and the framework has acquired a great deal of substance and coherence as a result.