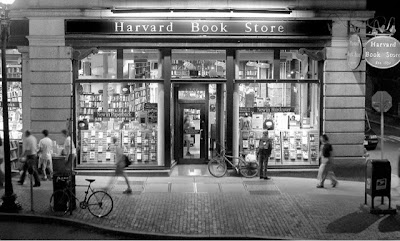 This week marks the seventh anniversary of Understanding Society. That’s 954 posts, almost a million words, and about a hundred posts in the past twelve months. The blog continues to serve as an enormously important part of my own intellectual life, permitting me to spend a few hours several times a week on topics of continuing interest to me, without needing to find the time within my administrative life to try to move a more orderly book manuscript forward. And truthfully, I don’t feel that it is faut de mieux or second-best. I like the notion that it’s a kind of “open source philosophy” — ideas in motion. In my view, this is an entirely legitimate primary way of contributing to philosophy and sociology.

Highlights of the past year include —
One thing I have always found intriguing about writing the blog is the amount of data the medium provides in terms of page views, visits, popular posts, and home locations of readers. A blogger has an inherently closer relationship to his or her audience than a traditional academic. Academics rarely have the ability to observe how widespread the readership is for their work — books or journal articles. Citation indexes provide one kind of metric, but citations are presumably a very small percentage of the readership of a work. I find it interesting to see on a daily or monthly basis where the flow of readers is coming from, and which topics elicit the greatest interest. With more than a million page views a year on the blog, this data is pretty granular. Here are the top five posts of all time since 2007, based on the number of page views:
The “war on poor people” post is interesting — the great majority of those 16,000 views came within a few weeks of its publication. The reason? The post was cited and linked in a column by Paul Krugman on the same subject in the New York Times website. This shows something important about social media — the circulation of a particular digital item can vary enormously depending on the early links it acquires. I guess this is the academic equivalent of a viral cat video on YouTube.
What I would really like to see in the future is a more porous membrane between academic blogging and academic publishing. There is no reason why the arguments and debates that are presented within an academic blog should not enter directly into engagement with formal publication — specialists writing about mechanisms, explanation, or historiography might well want to engage in their published work with the ideas and arguments that are developing in the online world of academic blogging. For example, I think the series of exchanges among Kaidesoja, Elder-Vass, Hartwig, Cruickshank, and Ruth Groff in Understanding Society in December and January make a substantive addition to debates within the field of critical realism. It would make sense for other specialists to take these sources into account in their published work.
I suppose many scholars would look at blog entries as “working notes” and published articles as “archival” and final, more authoritative and therefore more suitable for citation and further discussion. But I’m not sure that’s the right way of thinking about the situation. When I compare the intellectual work process I undertook in writing Varieties of Social Explanation or Understanding Peasant China: Case Studies in the Philosophy of Social Science with the care and concentration I give a blog post, I would say that the latter is just as rigorous and often more creative; less labored, more willing to lay out a new idea quickly. So speaking as a focus group of one, I would say I’m more satisfied with the quality of thinking and presentation I’ve conveyed in the blog than in the books I’ve published.
I’m very appreciative of the many smart people who read the blog on a regular basis and offer feedback or disagreement. I have learned a tremendous amount within the philosophy of the social sciences by thinking about the topics I’ve selected, reading new books, and engaging with smart (often young) scholars around the world about these ideas. There’s a bit of an occupational tendency for us all to stay within the literatures that are most familiar to us. Writing the blog has taken me into topics, authors, and controversies that were completely new to me. (A good example is Sygmunt Bauman’s concept of liquid modernity” (link).)
(Why did I choose the photo of the Harvard Book Store at the top? Because it is for me one of the strongest icons of intellectual stimulation I have in my personal history; more so than Emerson Hall, and maybe tied with the Pamplona Cafe across the street. As a graduate student in philosophy I spent many hours in the store exploring the different sections and gaining new ideas about history, society, politics, Marxism, and economics is a riotously cross-disciplinary way — much as the Internet now serves to stimulate and provoke cross-context connections. And the occasional conversation with an acquaintance or a stranger over a book we both noticed feels a lot like the kind of interaction now possible online.)