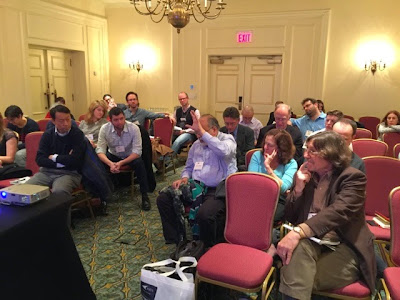 Social theory is a well-defined field that is centered on a group of core thinkers that we might refer to as “luminaries”. These are figures from the nineteenth or early twentieth centuries like Weber, Durkheim, Marx, Simmel, and Tarde; mid-century thinkers like Bourdieu, Foucault, Gramsci, and Habermas; and more recent thinkers such as Tilly, Merton, Boudon, and Coleman. Each brings forward a group of guiding ideas, concepts, and hypotheses on the basis of which to understand specified kinds of phenomena.

It isn’t a caricature to imagine research abstracts in sociology or social studies that begin with the phrase, “The essay pursues a [Mertonian, Durkheimian, Gramscian, Tillian] methodology in order to understand the empirical phenomenon of X, Y, Z.”

Or in other words, these luminaries define something like a research paradigm for certain kinds of social phenomena for many social science researchers.

The basic view I want to advocate is that dogmatic adherence to any single theoretical framework is a bad idea in social research. I favor “theory-eclectic” research rather than theory-driven research. It is a good thing for researchers to be deeply acquainted with numerous theoretical approaches, and they should build their ideas around the snippets  of theory that seem most suitable to the particulars. What I mean by this is not that researchers should ignore theoretical frameworks, but rather they should be aware of as many such frameworks as they can (within reason) and pick and choose among them as the particulars of an empirical case seem to warrant.

The rationale for this position comes down to a feature of social-science realism: theories are frameworks organized around common social mechanisms, there are multiple kinds of mechanisms at work in a given social milieu, and therefore it is reasonable to invoke multiple theories in attempting to explain the phenomena in play. The social world is heterogeneous and plural; so we need to be pluralistic in our use of theories as well.

There are social scientists who are strongly identified with a single theoretical framework — Michael Burawoy, Michael Mann, James Coleman. And there are others who are substantially more eclectic when it comes to framing their explanations — James Scott and Peter Bearman, for example. And my own view is that social researchers are better advised to emulate the latter over the former.

I’m led to think about this question because I am immersed in the Social Science History Association program this weekend in Toronto, and the question of the relation of theory to research is always in the air. A particularly interesting session focused on the continuing relevance of Chuck Tilly’s writings for research on contention and state formation. (That’s a photo of the audience above.) And thinking about Tilly unavoidably means thinking about the relation between theory and complicated social phenomena as well.

So the position I am led to is this. Social research requires theories of how social processes work. It would be foolish to ignore the excellent work of theorizing various aspects of the social world offered by the luminaries. But it would also be foolish to imagine that any one of these theoretical frameworks is total and complete. Rather, the researcher should be eclectic, pluralistic, and curious when it comes to making use of social theory to make sense of a particular range of complex social activity.

(Friend and fellow-blogger Mark Thoma at Economist’s View will be participating in a session on Thomas Piketty’s book and ideas on global inequality Saturday afternoon. Welcome, Mark, and thanks for bringing your perspective and expertise on this issue to the SSHA!)