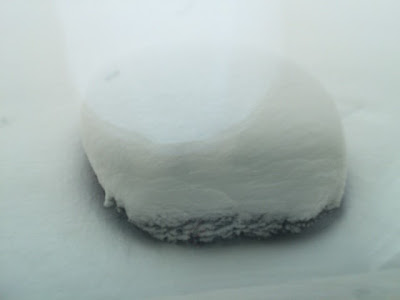 Robert Brandom has just published a highly interesting book about the coherence of the philosophical thought of Wilfrid Sellars, From Empiricism to Expressivism: Brandom Reads Sellars. In reading the book I am brought back repeatedly to thinking about Roy Bhaskar. There is the affirmation of scientific realism that both endorse; there is the appeal to Kant over Hume; and there is in both philosophers a somewhat surprising and camouflaged pragmatism.

Realism. Sellars is a scientific realist, in the sense that he believes that what exists in a given domain is specified by the concepts of an adequately developed scientific set of theories of that domain. The language of extensively developed science delimits what is “real”. Here is Brandom:

I think Sellars is simply and evidently correct in endorsing scientific realism about theoretical entities, as opposed to any sort of instrumentalism. He applies this view in the philosophy of mind to yield important conclusions. For he understands behaviorism as instrumentalism about mental or psychological entities. Among the initially theoretical, postulated entities that later become observable on Sellars’s account are thoughts and sense impressions, according to the Myth of Jones at the end of Empiricism and the Philosophy of Mind. It is of the essence of his “philosophical behaviorism,” as opposed to Ryle’s “logical behaviorism” (which requires strict definability of mental-theoretical vocabulary in terms of behavioral-observable vocabulary), to be realistic in this sense about theoretical entities postulated to explain observable behavior. (60)

The role of Kant. Sellars’ realism is closely intertwined with his appreciation of Kant’s metaphysics. Brandom summarizes Sellars’ most important effort as being a sustained attempt to move analytic philosophy from Hume to Kant. Here is a version of what that means in the context of Sellars’ critique of the brand of empiricism embedded in analytic philosophy of the 1940s and 1950s:

This is the “expressivism” of the title: the positivist idea that the vocabulary of science divides between empirical descriptive terms and logical connectives (synthetic and analytic) fails in a very important way. Instead, there are concepts that are substantive but non-empirical, and these concepts play a crucial role in science and philosophy.

Normativeness. Another of Sellars’ central insights, according to Brandom, is his conviction that epistemic and semantic vocabulary is inherently normative. To assert that “I know that P” is to make a commitment to the listener: I have credible and compelling justification for believing that P. Epistemic and semantic assertions bring with them normative presuppositions on behalf of the claimant. Bhaskar too believes that philosophy, science, and normative commitments are intertwined. I don’t claim that they come to similar conclusions, but Sellars too rejects the strong fact-value distinction that was characteristic of positivism and much analytic philosophy.

Pragmatism. A third important and original theme in From Empiricism to Expressivism is Brandon’s discovery that pragmatism plays an important but seldom expressed role in Sellars’ thought. The classic idea of language as use, and the symmetry between semantics,syntax, and pragmatics, play important roles in Sellars’ reasoning and philosophical positions.

By ‘pragmatism’ in this connection I mean that the project of offering a metalinguistic reading of framework-explicating nondescriptive concepts such as modal, normative, and ontological ones is conducted in terms of pragmatic metavocabularies: vocabularies for talking about the use of expressions, about discursive social practices. (5)

Non-extensional properties and modalism. Another important part of Sellars’ work, according to Brandom, is his effort to make a new kind of sense of modal philosophy and counterfactual semantics. This leads him to what Brandom refers to as a “broadly aristotelian metaphysical understanding of objects and properties” (70). This creates another potential dimension of relationship between Sellars and Bhaskar — the metaphysics of powers and causal capacities. Sellars wants to create space for a kind of necessity that is distinct from logical necessity but stronger than Humean constant conjunction. Brandom refers to Sellars’ concept here as “causal” modality (184). (This seems compatible with the argument made earlier for causal necessity; link.)

This sketch of a program for extending the Kant-Sellars tradition of modal expressivism raises a myriad of questions, some of detail, others more substantial. Rather than beginning to fi ll in that sketch by addressing some of those questions, I want to confront the ideas that motivate it with a different set of intuitions: those that motivate a robust modal realism. By “modal realism” I mean the conjunction of the claims that

MR1) Some modally qualified claims are true.
MR2) Those that are state facts.
MR3) Some of those facts are objective, in the sense that they are independent of the activities of concept users: they would be facts even if there never were or never had been concept users.

There are strong reasons to endorse all three of these claims. (194-195)

Here again, it seems that critical realism theorists are well advised to consider this intellectual relationship to Sellars. And Brandom’s book is an excellent place to start.

So I would be tempted to argue that Sellars should be added to the mix of arguments and positive efforts to extend the theories of critical realism and causal powers. What do you think, Ruth Groff, Stephen Mumford, and Rani Lill Anjum?