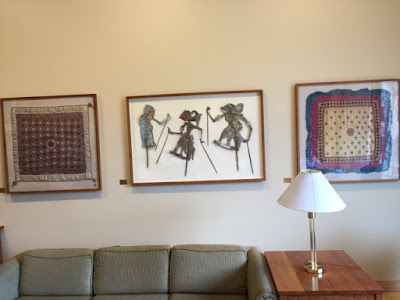 Critical realism is a philosophical theory of social ontology and social science knowledge. This philosophy has been expressed through the writings of systematic thinkers such as Roy Bhaskar, Margaret Archer, and other philosophers and sociologists over the past 40 years. Most of the leaders have emphasized the systematic nature of the theory of critical realism. It builds on a philosophical base, the application of the transcendental method of philosophy, developed by Roy Bhaskar. The theory is now being recommended within sociology as a better way of thinking about sociological method and theory.

Critical realism has a number of very positive aspects for consideration by social scientists. It is inspired by a deep critique of the philosophy of science associated with logical positivism, it offers a clear defense of the idea that there is a social and natural reality which it is the task of scientific inquiry to learn about, and it gives valuable attention and priority to the challenge of discovering concrete causal mechanisms which lead to real outcomes in the natural and social world. There is, however, some tendency for this tradition to express itself in an inward-looking and even dogmatic fashion.

So how can the fields of sociological method and critical realism progress today? One thing is clear: the value and relevance of critical realism is not to provide a template for scientific research or the form that a good scientific research project should take. There are no such templates. Mechanical application of any philosophy, whether critical realism, positivism, or any other theory of science, is not a fruitful way of proceeding as a scientist. However, with this point understood, it is in fact valuable for sociologists and other social scientists to think reflectively and seriously about some of the assumptions about the social world and the nature of social explanation which are involved in critical realism. The advice to look for real and persistent structures and processes underlying observable phenomena, the idea that “generative causal mechanisms” are crucial to processes of change and stability, the ideas associated with morphogenesis, and the idea that causation is not simply a summary of constant conjunction — these are valuable contributions to social science thinking.

This answers one half of the question raised here: sociological method can benefit from involvement in some open-minded debates inspired by the field of critical realism.

But what about the field of critical realism itself? How can this research community move forward? It would seem that the process involved in textual argumentation–“what would Roy say about this question or that question?”–is not a good way of making progress in critical or any other field of philosophy of science. More constructive would be for philosophers and social scientists within the field of critical realism to think open-mindedly about some of the shortcomings and blind spots of this field. And an open-minded consideration of some complementary or competing visions of the social world would strengthen the field as well — the ideas of heterogeneity, plasticity, the social construction of the self, and assemblage, for example.

I think that one good way of posing this challenge to critical realism might be to undertake a careful, rigorous study of very strong examples of social research that involves good inquiry and good theoretical models. The field of critical realism has tended to be to self-contained, with the result that debates are increasingly hermetically separated from actual research problems in the social sciences. Careful and non-dogmatic study of extended, clear examples of social inquiry would be very productive.

As a first step, it would be very stimulating to identify the empirical and explanatory work of a genuinely innovative social scientist like James Scott, and do a careful, reflective, and serious investigation of the definition of research problem, the research methods which were used, the central theoretical or explanatory ideas which were introduced, and the overall trajectory and development of this thinker’s thought.

Scott’s key ideas include moral economy, hidden transcripts, Zomia, weapons of the weak, seeing like a state, and the social reality of anarchism. And Scott attempts to explain social phenomena as diverse as peasant rebellion, resistance to agricultural modernization, the ways in which English novelists represent class conflict, the strategies of the state and its elusive opponents in southeast Asia, and many other topics of rural society. Many of Scott’s narratives can be analyzed in terms of the discovery of novel social mechanisms, strategies of resistance and domination, and embodied large social forces like taxation and conscription. Scott’s social worlds are populated by real social actors engaged in concrete social mechanisms and processes which can be known through research. Scott is a realist, but realist in his own terms: he discovers real social relations, social mechanisms and processes, and modes of social change at the local level and the national level and he puts substantial empirical detail on these things. His way of thinking about peasant society is relational–he pays close attention to the relationships that exist within a village, across lines of property and kinship, in cooperation towards collective action. He gives a role to the important powers of the state, but always with an understanding that the power of the state must be conveyed through a set of capillaries of agents in positions extending down to the village level. And in fact, his treatment in anarchy and seeing like a state is a summing up of many of the mechanisms of control and supervision which traditional states have used to control rural populations. (Scott’s work has been discussed frequently in earlier posts.)

In fact, I could imagine a series of carefully chosen case studies of innovative, insightful social researchers who have changed the terms of debate and understanding in a particular field. Other examples might include researchers such as Robert Putnam, Robert Axelrod, Charles Tilly, Michael Mann, Clifford Geertz, Albert Soboul, Simon Schama, Bin Wong, Robert Darnton, and Benedict Anderson.

Studies like these would have the potential for significantly broadening the terms of discussion and debate within the field of CR and help it engage more deeply with social scientists in several disciplines. This kind of inquiry might help open up some of the blind spots as well. These kinds of discussions might give greater importance to processes leading to the social construction of the self, greater awareness of the heterogeneity of social processes, and a bit more openness to philosophical ideas outside the corpus. No philosophy can proceed solely on the basis of its own premises; interaction with the practices of innovative scientists can significantly broaden the approach in a positive way.