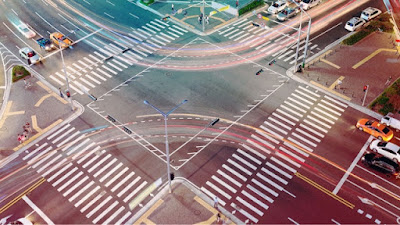 How does a field of phenomena come into focus as a subject of scientific study? When we want to know about weather, we can identify a relatively small number of variables that represent the whole of the topic — temperature, air pressure, wind velocity, rainfall. And we can pick out the aspects of physics that seem to be causally relevant to the atmospheric dynamics that give rise to variations in these variables. Weather is a closed system, if a complex one.

Deciding what factors are important and amenable to scientific study in the social world is not so easy. Population size or density? Economic product? Inter-group conflict? Public opinion and values? Political systems? Racial and ethnic identities? All of these factors are of interest to the social sciences, to be sure. But none of this looks like anything like a definition of the whole of the social realm. Rather, there are indefinitely many other research questions that can be posed about the social world — style and fashion, trends of social media, forms of etiquette, sources of power, and on and on.

For that matter, these don’t look much like a macro-set of factors that are generated in some straightforward way by the simple actions of individual persons. These social factors aren’t really analogous to macro-level weather factors, emerging from the local cells of temperature-pressure-humidity-direction. Rather, these social concepts or constructs are theorized and developed in a complicated back-and-forth by sociologists or political scientists seeking to identify social-level constructs that seem to give some insight into the ordinary and systematic experiences we have of the social world.

Most particularly, there isn’t a natural way of mapping these social concepts into an integrated and comprehensive mental model of the whole of the social world. Instead, these high-level social concepts are partial and perspectival. And this is different from the situation of weather or climate. In the latter domains there are finitely many higher level concepts that serve to characterize the whole of the domain of global climate phenomena. Call this “high-level conceptual closure.” There are no questions about climate that cannot be phrased in terms of these concepts. But the social world is not amenable to this kind of closure. We lack high-level conceptual closure for the social world.
One way of making sense of these observations is to say that there isn’t a domain of the social in general. Rather, there are more narrowly specified domains within the undifferentiated social whole. Ethnic conflict is a specifiable domain of social phenomena at the macro level, and it has a fuzzy but plausible set of domains of microfoundations that are scientifically relevant to this domain. For example, we might canvas the kinds of causal factors that students of ethnic conflict have found relevant to the eruption of ethnic conflict: features of actors’ mentality; institutions and organizations on the ground; spatial distribution of actors; political framework of contention (government, legislation, police). Research on ethnic conflict will focus on factors at this level.
A different empirical focus might be population quality of life. Researchers on this topic will consider a very different set of individual-level factors — form of agriculture, property relations, family structure. Some factors will overlap with the field of study of ethnic conflict, but most will not. And, importantly, the findings of each field are relevant to study of the other topic. The dynamics of ethnic conflict have consequences for population quality of life, and fluctuations in quality of life (food security, for example), will be causally relevant to the dynamics of ethnic conflict. But the research programmes and communities are substantially distinct.
And there are indefinitely many other social programmes of research, unlimited in principle. The social sciences in general are nothing more than the sum of research in these different research fields. And more controversially, we might say that the social world is the patchwork sum of these qualitatively heterogeneous kinds of social phenomena.
So there is no general answer to the question, what is the domain of the social; there is no systematic and final definition of the social world. And there is similarly no hope for “unifying” the social sciences under a master set of theoretical premises about social behavior or structure. Significantly, this seems to be Weber’s point in “‘Objectivity’ in social science and social policy” in Methodology of Social Sciences (105) when he writes that topics for social research are novel for each generation.

Accordingly the synthetic concepts used by historians are either imperfectly defined or, as soon as the elimination of ambiguity is sought for, the concept becomes an abstract ideal type and reveals itself therewith as a theoretical and hence “one-sided” viewpoint which illuminates the aspect of reality with which it can be related. But these concepts are shown to be obviously inappropriate as schema into which reality could be completely integrated. For none of those systems of ideas, which are absolutely indispensable in the understanding of those segments of reality which are meaningful at a particular moment, can exhaust its infinite richness.

Contrast this with Marx’s effort at conceptual closure by providing an integrated schema for capitalist society of its forces and relations of production; its economic structure; and its political and cultural superstructure (link). Here is a famous passage from Marx’s Preface to A Contribution to the Critique of Political Economy (1859):

In the social production of their existence, men inevitably enter into definite relations, which are independent of their will, namely relations of production appropriate to a given stage in the development of their material forces of production. The totality of these relations of production constitutes the economic structure of society, the real foundation, on which arises a legal and political superstructure and to which correspond definite forms of social consciousness. The mode of production of material life conditions the general process of social, political and intellectual life. It is not the consciousness of men that determines their existence, but their social existence that determines their consciousness. At a certain stage of development, the material productive forces of society come into conflict with the existing relations of production or – this merely expresses the same thing in legal terms – with the property relations within the framework of which they have operated hitherto. From forms of development of the productive forces these relations turn into their fetters. Then begins an era of social revolution. The changes in the economic foundation lead sooner or later to the transformation of the whole immense superstructure.

In studying such transformations it is always necessary to distinguish between the material transformation of the economic conditions of production, which can be determined with the precision of natural science, and the legal, political, religious, artistic or philosophic – in short, ideological forms in which men become conscious of this conflict and fight it out. Just as one does not judge an individual by what he thinks about himself, so one cannot judge such a period of transformation by its consciousness, but, on the contrary, this consciousness must be explained from the contradictions of material life, from the conflict existing between the social forces of production and the relations of production. No social order is ever destroyed before all the productive forces for which it is sufficient have been developed, and new superior relations of production never replace older ones before the material conditions for their existence have matured within the framework of the old society.